Everyone has their preference when it comes to sport, but for so many people around the world, football will always be the winning choice. From the millions of fans to the calibre of the teams and the impressive stadiums that house football matches today, there are many reasons why football reigns supreme. Here are some of the reasons why football could be classed as the best sport in the world, and why West Ham should be the team new fans choose to support.

Football fans are some of the most passionate in the world and when you watch a match, the atmosphere and excitement of the crowd never changes. It doesn’t matter where in the world you are, you can be sure that the fans will be just as enthusiastic as they would be at home. Every major stadium in the world, including West Ham’s London Stadium,  is always packed with fans at every match and it makes for a united sport that few other sports can match.

Around the world, there are historic stadiums that have become a part of the sport itself. Any football fan will be familiar with the likes of Camp Nou, Anfield, Old Trafford, West Ham’s old stadium Upton Park and the Bernabeu. They have stood for years and are a testament for just how long football has been a part of people’s lives. Every time a fan steps foot into one of the spectacular stadiums, they are met with a sense of wonderment and it’s something that sets this sport apart from others in the industry. The same even goes for new stadiums, like the Hammers’ London Stadium.

Some of the most incredible athletes play football, making it exhilarating to watch. From Lionel Messi to Cristiano Ronaldo to Paolo Di Canio, football has its pick of amazing stars that can transform matches and tournaments.

Those unsure of whether football is the best sport in the world only need to look at the amazing talent on the pitches of the world’s top clubs, as well as at West Ham, in order to see that football is awash with amazing flair. It’s also a sport where young players have the opportunity to shine, with players as young as 17 hitting the pitch.

Just look at Declan Rice at West Ham over the last couple of years. Once a club believes a player is ready, they have their chance. In fact, some of the world’s top talents are fresh out of school or college, yet are making waves in the sport.

Is It the Best?

From the great talent to the world-class stadiums and legions of fans, football is often cited as the best sport, and West Ham are known as one of the most historic. It’s a game that provides great excitement and unpredictability, and from a betting perspective, it tops the list for punters who enjoy placing their bets on the potential outcomes. While many other sports have huge fanbases, few can match football’s popularity. Football has a number of regional and international tournaments throughout the year, providing fans with a host of opportunities to soak up the thrilling hum of excitement. And with the prestige of the players and the iconic moments that it’s given us, it has long been a favourite for sports fans, with no signs of slowing down any time soon. 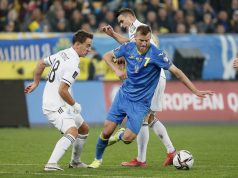