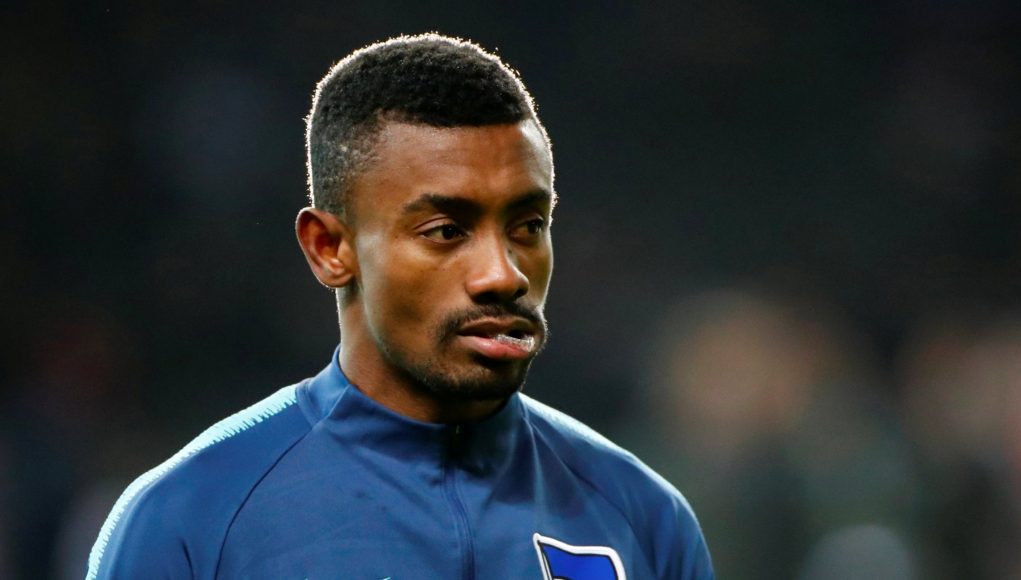 There is a striker shortage at the London Stadium with only record signing Sebastien Haller and Albian Ajeti available to manager David Moyes.

Both of those options have continued the Hammers trend of striker issues and after the defeat to Liverpool, Moyes said: “I don’t have loads of options to do anything else at the moment,” referring to replacements for Haller.

However, that could be about to change German outlet Kicker has reported that West Ham are approaching Hertha Berlin forward Salomon Kalou, in an attempt to bring the Ivorian to the London Stadium this month.

At 34-year-old Kalou is hardly fresh-faced, though in the short term he could be precisely what West Ham require to elevate the club out of their current situation. The Hammers have found the back of the net just twice in their past four Premier League games, and the Ivorian international would bring a different option in attack lining up alongside the struggling Haller.

Kalou has prior Premier League experience after spending six years with Chelsea, during which he won the Premier League, Champions League, League Cup and four FA Cups.

More recently in Germany, the forward has proven he still knows where the back of the net is, scoring 20 goals, along with five assists over his past two full seasons. However, this term especially under new manager Jurgen Klinsmann, Kalou has fallen out of favour, making just one Bundesliga start.

However, a small issue for West Ham is that the Ivorian may need some time to get back to match fitness as his last appearance was in November 2019, while his last start came back in October of the same year.

A positive for the Hammers, though, is that Hertha Berlin may be keen to make the deal happen before the transfer window deadline tomorrow, as at the moment he does not appear to be part of their plans.

Despite making so few appearances, Kalou still has two goals to his name this term and could be an ideal temporary solution to West Ham’s current striker issues.