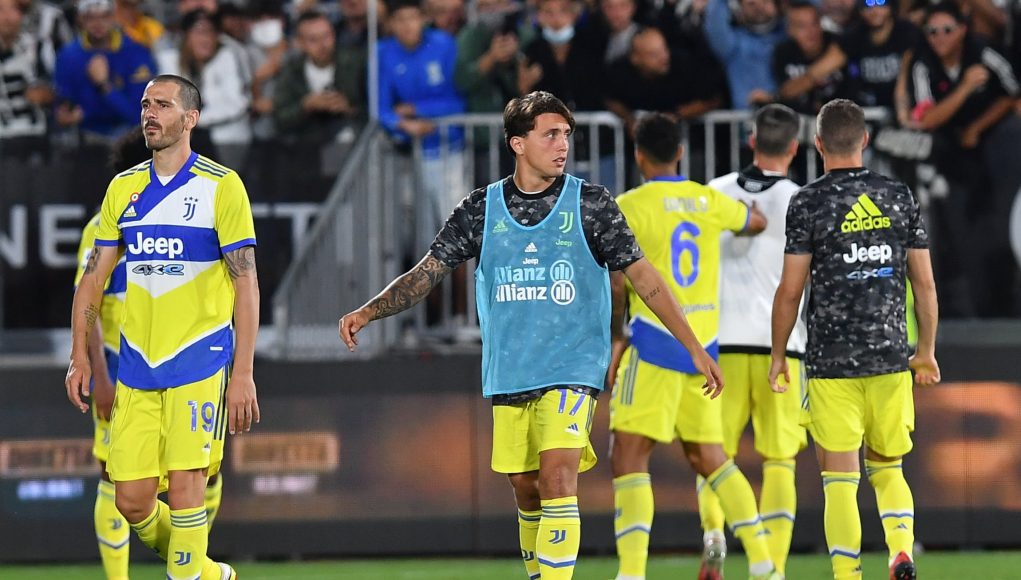 West Ham have made several inquiries about the availability of Juventus left-back Luca Pellegrini, according to Calciomercato.

The Italy international has struggled for game time under Massimiliano Allegri this term, with just 58 Serie A minutes under his belt so far in 21/22.

This has seemingly led to the Hammers exploring whether The Old Lady might be willing to part ways with the 22-year-old in the near future as David Moyes looks to add more squad depth.

With Aaron Cresswell, Arthur Masuaku and Ben Johnson all available for the left-back slot, it might seem strange that Moyes is scouring the market for another body in that position.

However, with Cresswell now the wrong side of 30, Masuaku suffering constantly with injuries of late and Ben Johnson still relatively inexperienced at this level, it does make sense to look for reinforcements for the left side of defence.

Cresswell has featured in all but one of West Ham’s 10 games in all competitions so far this season, playing the full 90 minutes in each of them, so it’s little wonder Moyes is considering adding a more reliable deputy in the near future so his first-choice left-back is able to take a rest.

Additionally, with some Champions League experience and over 50 Serie A outings to his name, Pellegrini would also bring a different level of experience and mentality to a West Ham squad that is still inexperienced on the European stage.

However, Calciomercato claim Juventus are not yet willing to part ways with Pellegrini on a permanent basis, having loaned him out to the likes of Cagliari and Genoa in previous seasons.

It’s believed they are still hopeful that he will develop into a first-team regular but manager Allegri is still not convinced he is ready to dislodge Alex Sandro in Juve’s starting XI.

That suggests a loan deal might be a more realistic option for the Hammers right now, with David Moyes having two more loan slots available this season following the arrivals of Alphonse Areola and Alex Kral in the summer.

With that in mind, Calciomercato claim Juventus are indeed looking for a ‘dry loan’ in January, which would suggest there won’t be any grounds for West Ham to seek a loan-to-buy deal, similar to the ones that saw both Tomas Soucek and Said Benrahma arrive in east London, as the Serie A giants expect him to return to Turin next summer.