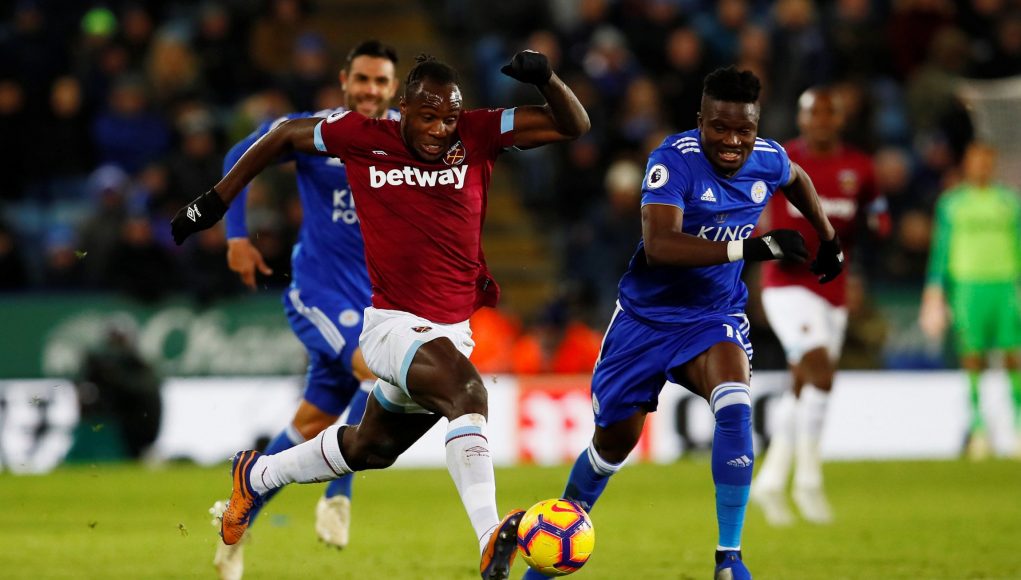 In our last outing, we were unlucky not to share the spoils and grab a point against Manchester United.

Next year, VAR would have deemed the first penalty to be an inaccurate call, as it while Felipe Anderson’s first-half goal would’ve been ruled to be onside.

Furthermore, Michail Antonio hit the cross-bar twice in an enthralling encounter. For one, I thought we played well despite an early glut of possession for the Red Devils.

We remain comfortable in 11th position, only five points behind Leicester City, who were surprised by an in-form Newcastle United last weekend. So as it stands, we are still in reach of obtaining a 7th or 8th finish in the table. With Southampton causing a surprise 3-1 upset against Wolves, anything is possible.

Four games are left, and I am optimistic that we could gain three wins and an away draw against Spurs, collecting 10 points in the process.

Brendan Rodgers is an astute manager and no doubt will have the Foxes well drilled through the week. This looms as another exciting fixture with the likes of Jamie Vardy, Demarai Gray and James Madden to be under close scrutiny.

I have picked two possible formations that may work well in place of the 4-2-3-1 formation. Unfortunately, we do not have a striker like Harry Kane who can cause havoc as a lone single striker.

Hence I have advocated a 4-4-2, which can easily transform to a 4-3-3 line-up when deemed appropriate. 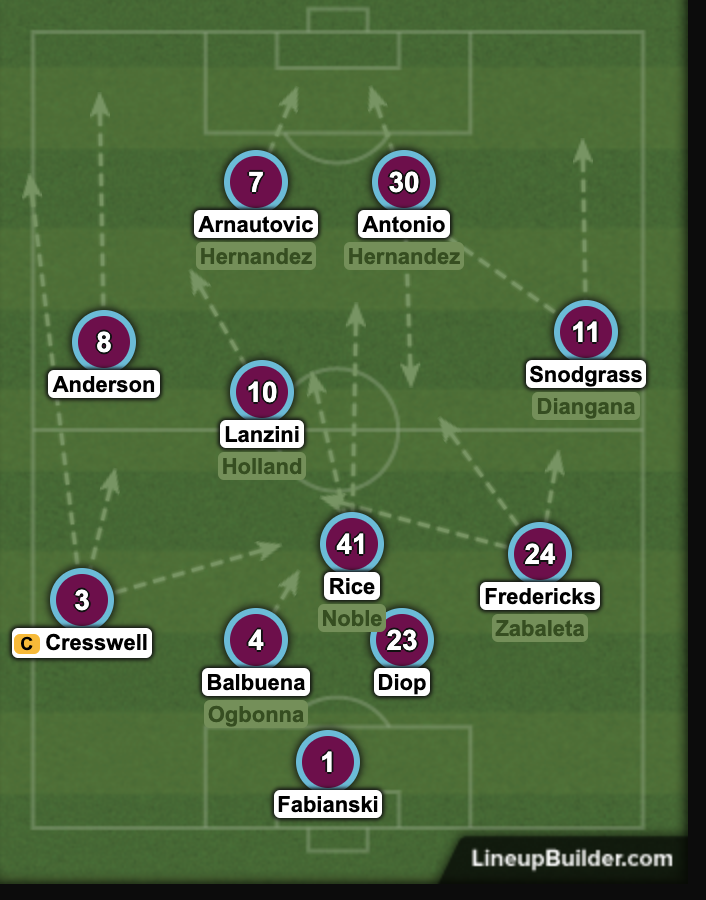 Fabian Balbuena and Issa Diop nominated as our central full-backs.

I have assigned Aaron Cresswell as a high lying left back, free to make contact with either Manuel Lanzini and Felipe Anderson. In addition, Cresswell, has the option of switching play from left to right.

I have selected a promising Ryan Fredericks ahead of Pablo Zabaleta in the right back position. From his assigned starting position, he can advance down the right flank to make contact with Robert Snodgrass or push passes into a vacant gap created in right central midfield, just ahead of Declan Rice. This space should be carefully patrolled by either Lanzini, Rice or a retreating Snodgrass.

The back four have the responsibility of making sure that Leicester’s strikers are kept quiet for much of the game, and that we can dominate play in midfield. 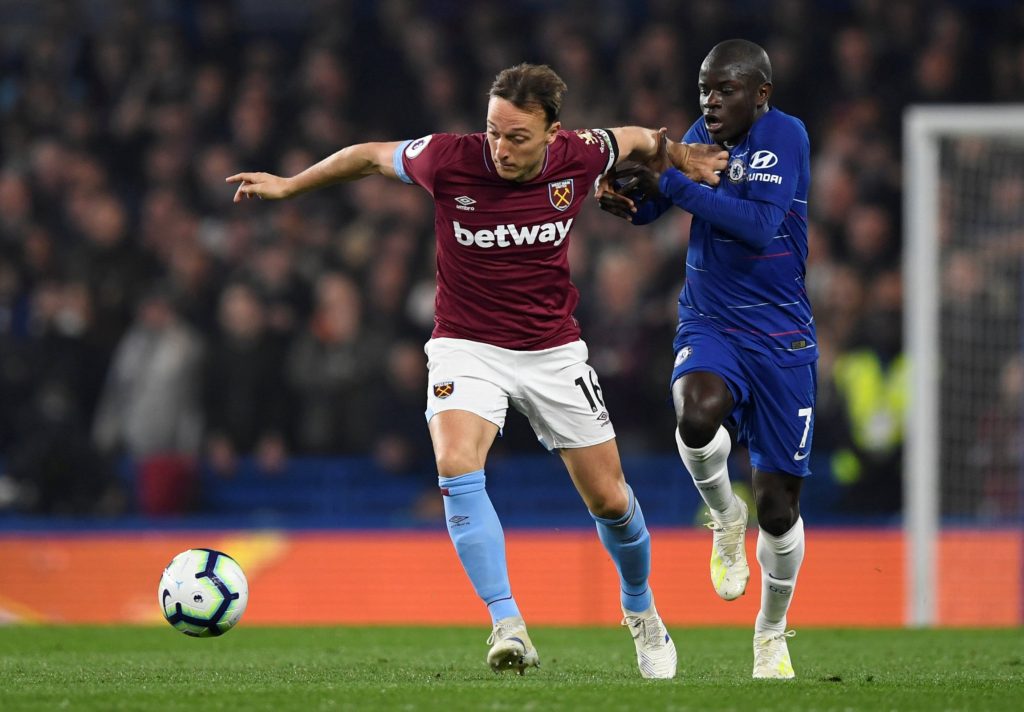 Critics may ask why have I left out Mark Noble for this fixture? After this game, we play Spurs at their brand new stadium. I have suggested that we rest Noble for this game so he is fully fit for the encounter against an impressive, in-form Tottenham.

The midfield sees Lanzini as our central playmaker. I hope he will have a controlling role here. Tucked slightly behind him, I have nominated Rice as our defensive playmaking midfielder in a position slightly ahead of our two central midfielders and proximate to our right back.

I expect that Manuel Pellegrini will assign Rice the role of defending, as well as linking up with Lanzini and Snodgrass. He will probably be encouraged to push forward through the midfield and will also have an important role in set-pieces.

Since his return from injury, Lanzini is reaching the form which has attracted interest from the national Argentinian manager. Lanzini will take up a pivotal role in controlling attacking play and momentum. If Lanzini should tire, I have suggested young Nathan Holland as a useful sub. 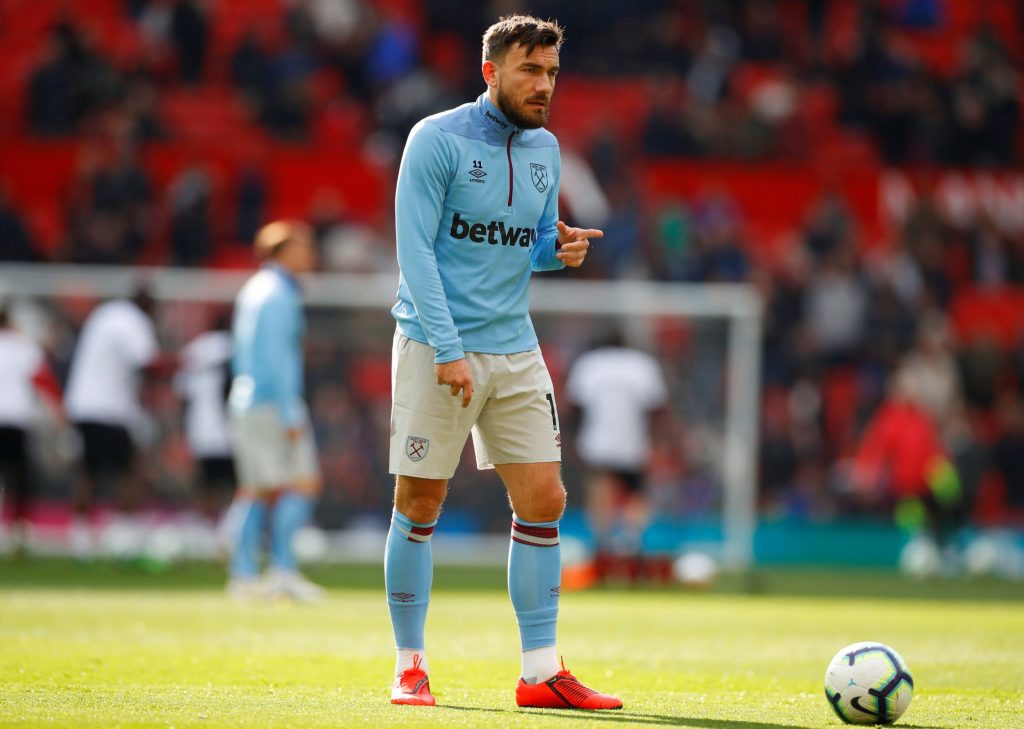 I have nominated Snodgrass as an attacking right midfielder to make up the midfield. Many of us forget the power and thrust that Snodgrass has had in his illustrious past. If Snodgrass tires, we welcome an improving Grady Diangana as a very useful sub.

Thus, our midfield quartet is completed by the third of our playmakers, Felipe Anderson, in an attacking right midfielder position.

Anderson is now our best goal-scorer with 10 goals to his name and has attracted interest from the Brazilian national team manager. No doubt he is hungry for more. Anderson will create havoc down the left flank as well as making thrusts through the central attacking zone into goal-scoring positions.

This makes up the midfield quartet as seen on the formation diagram above. Perhaps our manager may be tempted to move Anderson into an attacking position to form a very menacing 4-3-3 formation. In that case, expect to see Snodgrass to move into a central right position, close to Lanzini and Rice.

In attack, I have nominally selected Marko Arnautovic and Michail Antonio to lead the line. Antonio hit the cross-bar twice against Manchester United and demonstrated that he is back to his best form. 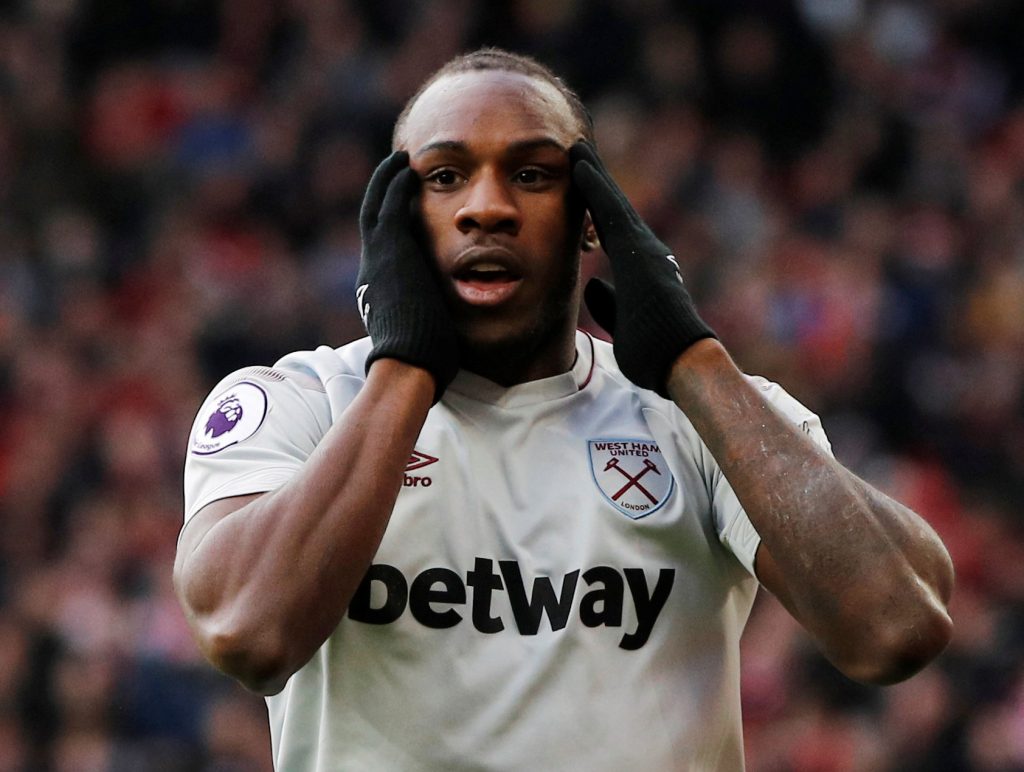 Pellegrini may be tempted to give Antonio a roaming role where he can cover the hole created in central midfield. His speed and persistence may have a telling effect against the Foxes.

By contrast, I am suggesting that Arnautovic remains as our go to striker and not to tire too early by pulling back in defence. If fatigue and/or injury intervenes, then Chicharito is the obvious replacement.

In our last game we started quite well but were let down by the propensity of vertical and horizontal passing, which ultimately led to the controversial first penalty and decided the outcome of the match, as well as the disgraceful refereeing decisions on show.

If we can begin strongly again, and improve on the success rate of our passing, then all hell could break loose at the London Stadium.

We have at least five attack-minded players who are keen to get on the score-sheet. Both manager and team are keen to make this into an impact game in our final sprint to the end of the current season.

Success in this game will keep us in the race for a higher league position as well as serving notice to promising youngsters both in England and afar.

After the last game between Spurs and a doomed Huddersfield, there has been some speculation that playmaker Aaron Mooy may be leaving the Terriers in search of another Premier League club for next season.

At 29, the playmaker has played 32 times for Australia and may be a useful replacement for Mark Noble who is now a legend at West Ham. 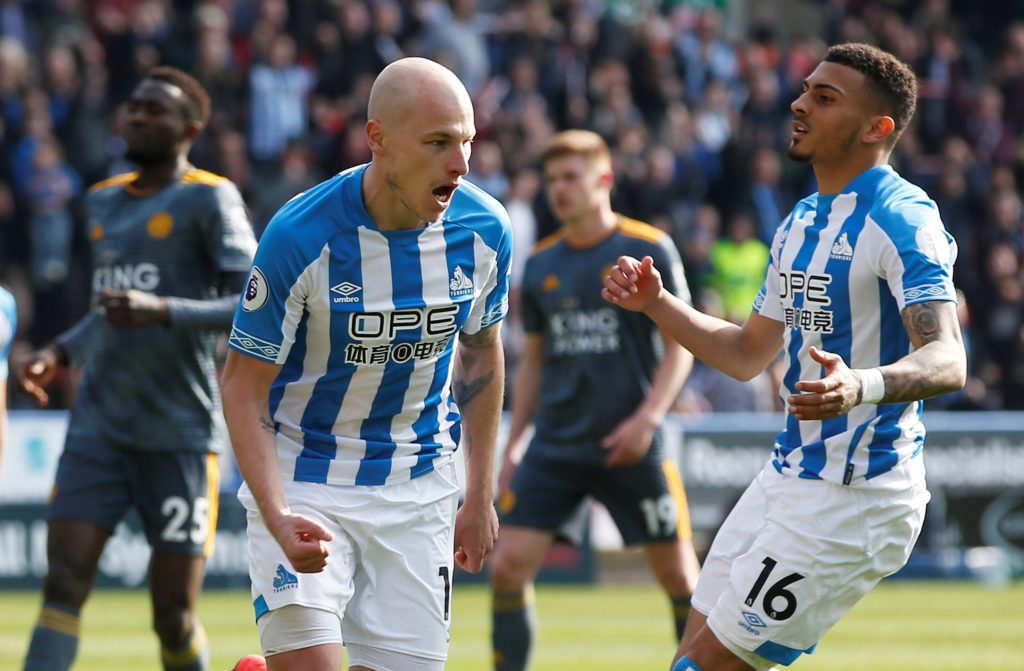 I have no doubt that Mooy will attract a lot of interest from top clubs but he would be a big fish in smaller pond by joining West Ham. Time will tell where he ends up, but suffice to say, he would be a useful addition to our midfield.

Prior to the summer transfer silly season, I am suggesting we sign four or five players to make our squad powerful enough to make the top six in the 2019/20 Premier League season plus a good run in next season’s FA Cup.