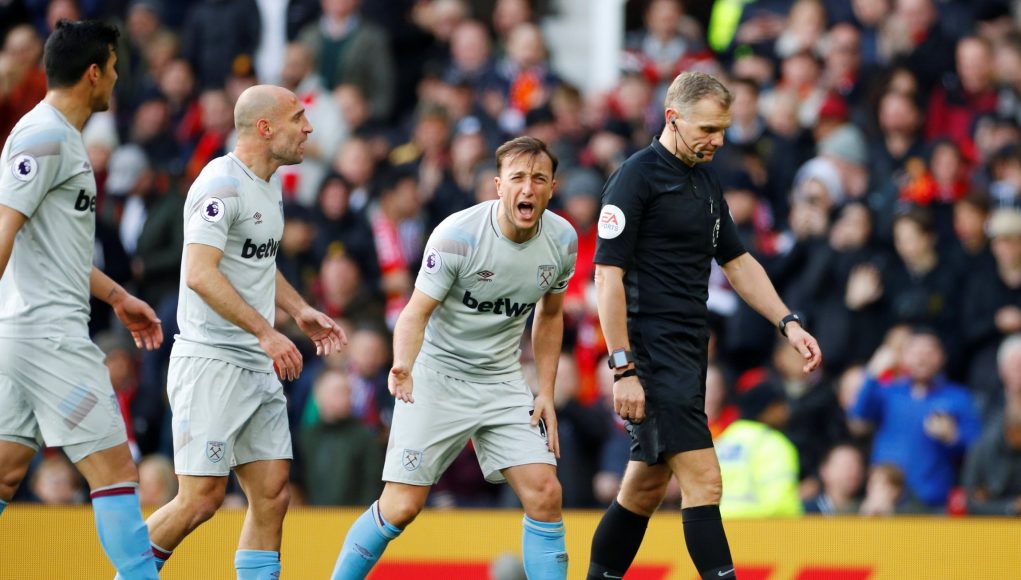 We were robbed at Old Trafford, there’s no other way of putting it.

It was our best performance of the season and instead of us coming away celebrating another famous victory in the Theatre of Clowns, we ended up being on the wrong end of sub-standard officiating.

Sometimes you have to wonder whether these officials are too scared to anger the crowd at top six stadiums, too often they seem like they bottle it at the likes of Old Trafford. We’re not the first team to leave there feeling cheated, and we won’t be the last.

Obviously, given what happened last weekend, James Jones and Will Pugh spent the bulk of this week’s show moaning and groaning about the lack of VAR in the Premier League and how, if it was already in place, the top-flight may be a bit more of a level playing field.

Also on this show, we chatted to John Moncur, discussed what Pellegrini might do to strengthen the squad in the summer and, as always, they looked ahead to the next game – Leicester City at home.