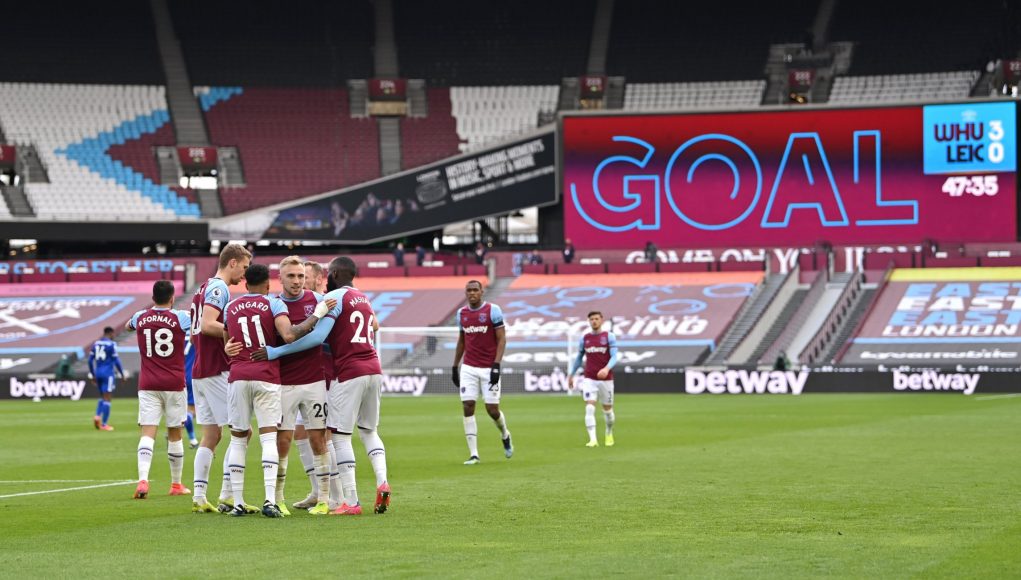 West Ham host Leicester City on Monday night, looking to make it two wins from two at the start of the 2021/2022 Premier League season.

It will be the first time since 29th February 2020 that a capacity crowd will be allowed inside London Stadium to watch the Hammers, due to the global pandemic causing the majority of the previous 18 months to be played behind closed doors.

Leicester are also looking to make it the perfect start after beating Wolves 1-0 last weekend, while both clubs will be looking forward to Thursday’s Europa League group stage draw.

542 – It has been 542 days since West Ham were able to welcome a capacity crowd to London Stadium.

47 – Michail Antonio has 47 Premier League goals for West Ham. One more will take him above Paolo Di Canio as the club’s all-time leading goalscorer in the division.

3 – West Ham can record a third consecutive Premier League win over Leicester City for the first time since winning four-in-row between 1994 and 1997.

1 – Leicester City have won just one of their 14 Premier League away games on a Monday.

150 – West Ham are just two goals away from bringing up 150 scored under David Moyes across his two spells as manager.

45.45% – In his second spell as manager, David Moyes’ 45.45% win percentage is currently the highest of any permanent manager in the club’s history. Billy Bonds is second with 43.61%.

84 – This will be West Ham’s 84th Premier League match on a Monday, five more than any other club.

4 – The Hammers have won their last four Premier League fixtures on a Monday and won five last season.

3 – Leicester City have kept a clean sheet in just three of their 28 Premier League meetings with West Ham.

2 – West Ham are looking to register two wins at the start of a Premier League season for the first time since 1997/1998. 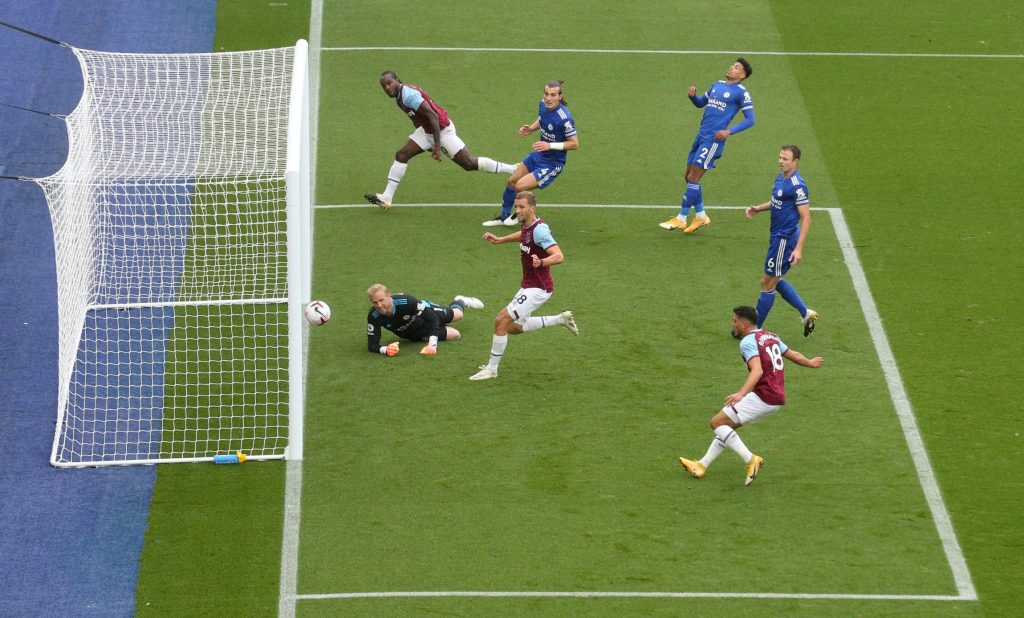 2 – Michail Antonio has scored in both of his last two Premier League starts against Leicester City.

4 – Kelechi Iheanacho has been involved in four goals in his last four Premier League appearances against West Ham.

4 – Andy King, Emile Heskey, Tony Cottee and Paolo Di Canio are all the leading Premier League goalscorers in this fixture with four each.