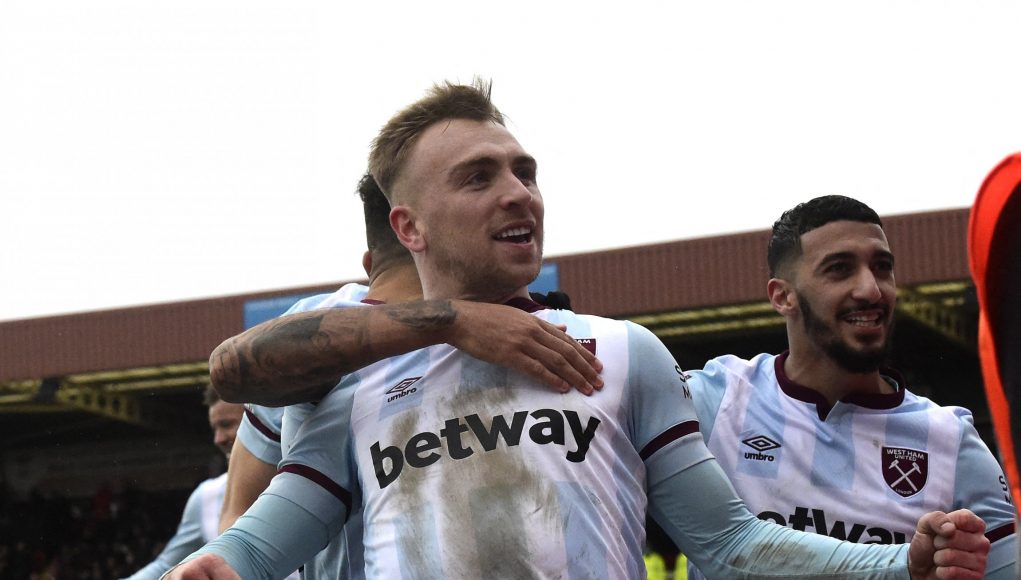 Jarrod Bowen netted a 121st-minute winner against sixth-tier Kidderminster Harriers to help secure West Ham a place in the fifth-round of the FA Cup last weekend.

Kidderminster were twice just seconds away from pulling off the biggest-ever FA Cup upset by becoming the first club from England’s sixth-tier to beat a top-flight club in the competition.

But a 91st-minute equaliser from Declan Rice and then Bowen’s late, late tap-in broke their hearts and ensured it was David Moyes’ men advancing into the next round, where they will face Southampton at St. Mary’s in March.

Bowen’s winner was his 10th goal of the season and he took to Instagram on Sunday to hail the victory and to congratulate Kiddy on their performance.

He said: “Important win yesterday to get into the next round. Full credit to Kidderminster, they were excellent from start to the finish, good luck for the rest of the season.”