The summer so far has been largely a tale of releasing and selling players for West Ham United.

In terms of incomings, there have been a mere three with the goalkeeping arrivals of Roberto and David Martin on free transfers and the signing of Spanish playmaker Pablo Fornals.

Meanwhile, there have been no fewer than six senior outgoings with the most notable ones being Marko Arnautovic, Andy Carroll and Lucas Perez.

With the new Premier League season just under a month away, there remains a lot of business left to do.

The Hammers undoubtedly need a new striker before facing Manchester City on Saturday 10 August and still have the likes of Jordan Hugill on the transfer list.

So expect plenty more buying and selling at London Stadium before the summer window slams shut at 5pm on Thursday 8 August.

Two players Manuel Pellegrini and his staff are also still trying to shift are central midfielder Pedro Obiang and one of only two senior strikers currently at the club, Javier Hernandez. 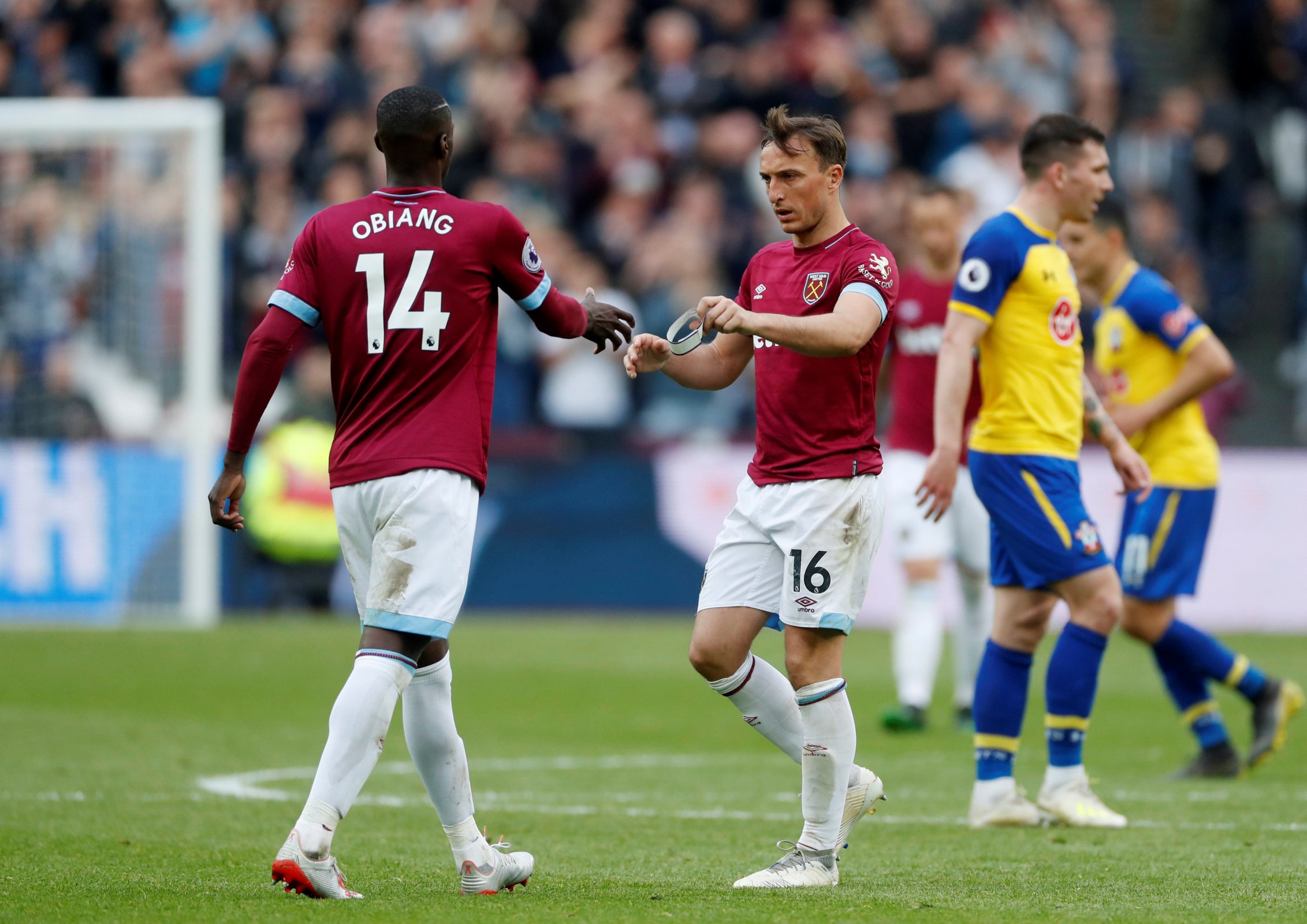 It is being reported that the Irons are hoping to raise £18m through the sales of both players.

But West Ham should be holding out for more than that for the important duo.

According to Transfermarkt, both Hammers’ market values adding up to a sum marginally short of £18m.

However, there are many things that aren’t taken into account when calculating market value and one of them is relevant in this case.

At the moment, due to squad depth, Obiang and Chicharito are two of the most vital footballers in east London.

Without the latter, Pellegrini would only be left with the inexperienced and out of favour Hugill up front and only a matter of weeks to find him some worthwhile company.

The Englishman alone is nowhere near good enough in attack to head into a Premier League season.

Obiang may have plenty of company in midfield but if you look deeper, many of those players are either ageing or injury prone.

Alongside the 27-year-old is Mark Noble and Carlos Sanchez, both into their 30s, and the injury-prone Jack Wilshere.

If injury strikes for these players it will be up to Obiang to partner Declan Rice as there is virtually no one else.

If West Ham are going to foolishly part with Obiang and Hernandez now, they should be demanding something closer to £25-£30m in this inflated market.