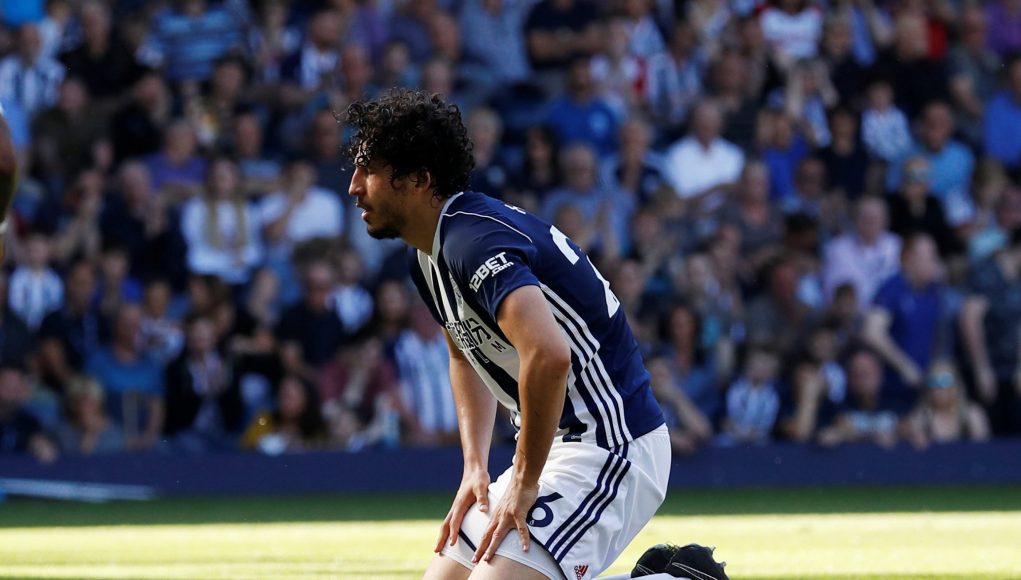 West Ham’s summer rebuild is underway, with the Hammers eyeing a new manager and looking to improve their squad significantly.

The defence is likely to be an area of focus for whoever takes charge and the Hammers have been presented with an opportunity to land a bargain.

The Sun states West Brom’s Egypt international Ahmed Hegazi is available for just £2.5m this summer due to a clause in his contract that has been activated following the Baggies’ relegation.

Hegazi joined West Brom last summer, initially on-loan before making the deal permanent in January, and featured in all 38 matches of the club’s ill-fated campaign.

It’s claimed that West Ham and Leicester are both keen on the 27-year-old defender, although a final decision on his future could come after this summer’s World Cup as he heads to Russia with Egypt.

Hegazi is keen on playing Premier League football next season rather than playing in the Championship and the tournament in Russia could present him with the opportunity to attract more suitors to his services.