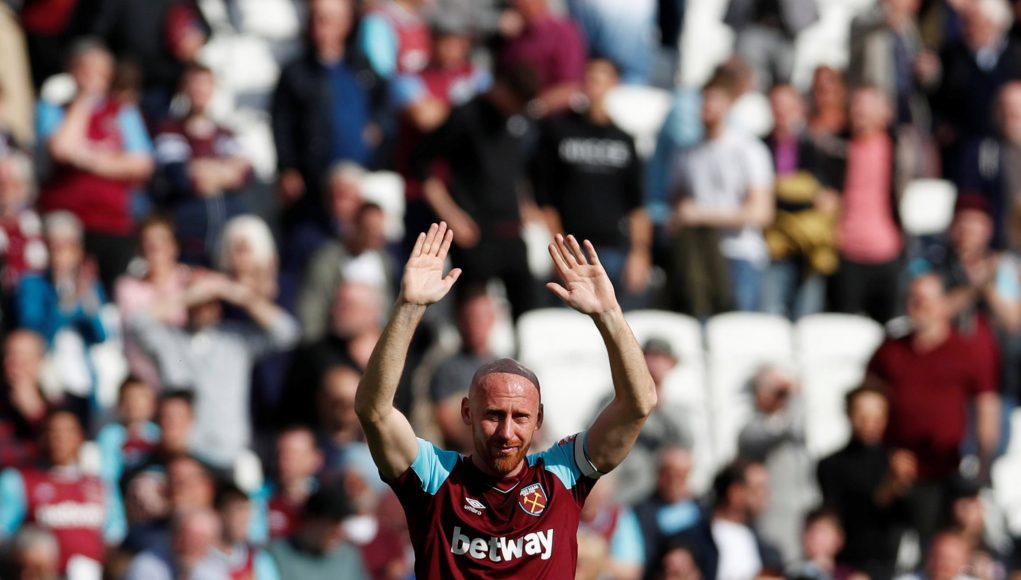 There’s many reasons why the West Ham board are unpopular at the London Stadium and they’ve issued supporters with another reason this week.

It’s stated that the club only informed fan favourite James Collins he would not earn a new contract via email, disregarding his 11 years of service to the Hammers.

Rejoining the Hammers six years ago, the 34-year-old Wales international has established himself as a popular figure amongst the fans and many were keen to see him handed a new deal, with some suggesting a coaching role should be offered.

However, the club’s hierarchy seemed to think otherwise and Collins will now be searching for a new club after being informed by email last week that he would be released.

That news has not gone down well on social media, where fans flocked to criticise the board and thank Collins for his years of dedicated service to the east London side.

Poor ginge, gutted if this is true

Give him a testimonial, he loves WH and we love him, a person that has WH passion

Is is shocking beyond belief. These are supposed to be clever business people but then I suppose you have to realise the nature of their businesses. Can't believe it after the fan pressure to be so thoughtless

I see West Ham have dealt with James Collins with the same (lack of) class they offered David Moyes. Twenty years ago, the club was viewed from the outside fondly, happy go lucky. Now it’s generally disliked everywhere, maligned and mocked. Shameful.

Aside from the disgraceful fact that the club are writing to James Collins advising him that we are not extending his deal, who made the decision considering we do not have a Manager in place. Is this clear evidence that once again David Sullivan controls the recruitment process

Very very poor form to do this. He has been a loyal servant to us. The least they should have done is told him face to face. What I don’t understands how we have no manager yet he can make a decision of Collins’ future

Absolutely disgusting if true, easily Big Sams best signing, Ginge has been a rock for us since coming back from Villa. A new low for the board which takes some doing…