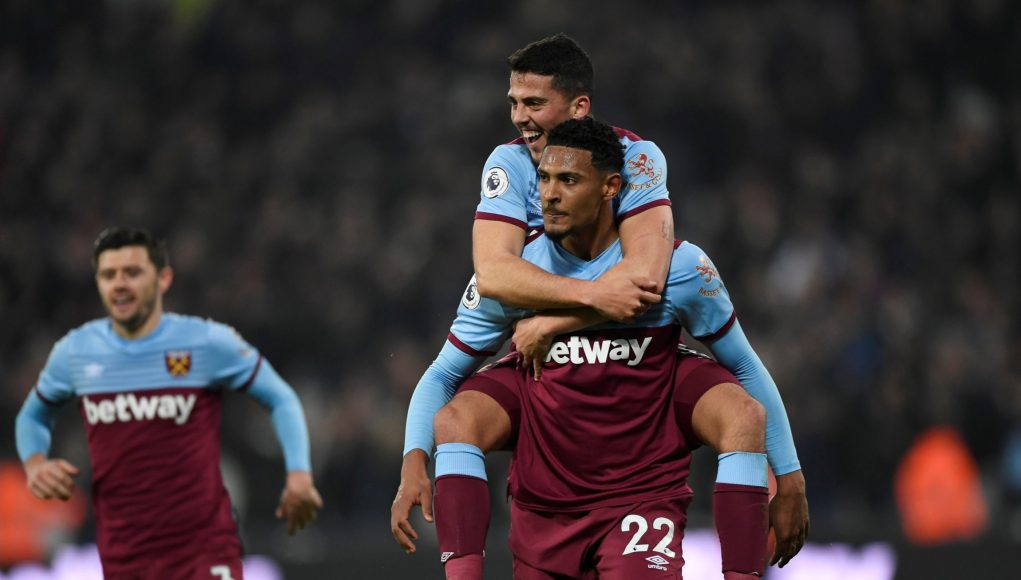 A season of ups and downs is drawing to a close, but West Ham still face a serious relegation battle and if David Moyes opts to use 4-2-3-1, this is how to make it work.

Modern football has developed into a slick, possession-based style with ever-more fans demanding to see beautiful football from their team. With West Ham, there is something known as the ‘West Ham Way’, but what exactly is it?

Well, many associate it with matching the criteria above; possession-orientated, slick and aesthetically pleasing. We live in a world where fans would prefer to win a match 5-4 than 1-0. Entertainment is everything.

Which is where Moyes must tread carefully. The Scot took over proceedings in east London at the back end of 2019 after the Hammers decided to sack Manuel Pellegrini, but with such precious points left to play for, adopting the ‘West Ham Way’ while accumulating these vital points is a tough ask.

The Irons currently sit 16th in the Premier League and are only outside the relegation zone on goal difference. Moyes was undoubtedly appointed to stabilise the ship and steer the Hammers to safety, but there still seem to be a few cracks which is keeping that ship from sailing away. 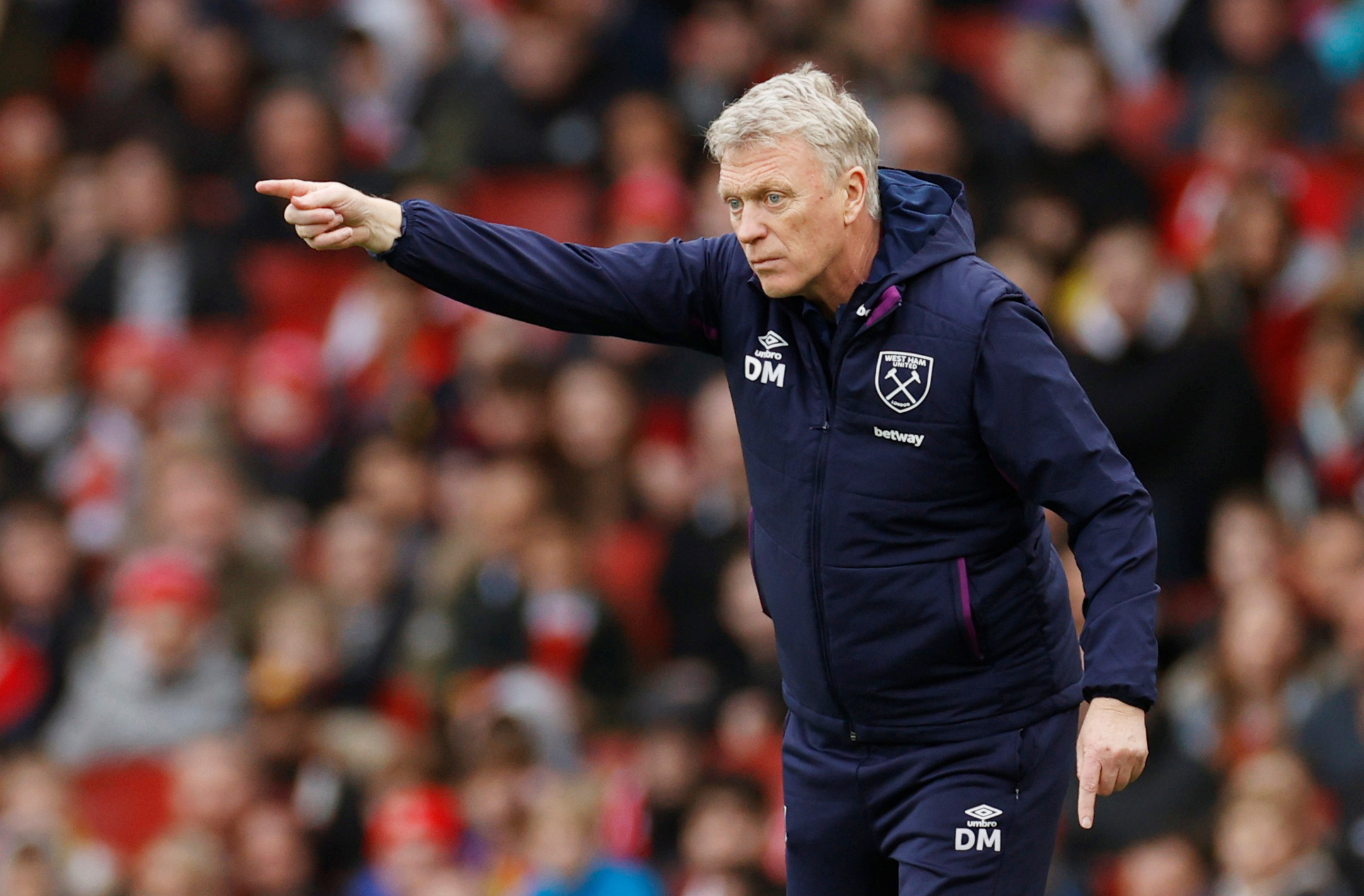 Since Moyes took over the baton, West Ham have won just two Premier League games – hammering Bournemouth 4-0 in the Scot’s first game in charge of his second spell, while the second came in a 3-1 victory against Southampton at the back-end of February. Avoiding the drop is imperative, and should Moyes choose to deploy the 4-2-3-1 system most Hammers fans have become accustomed to seeing, it has to be utilised a certain way.

First of all, it leaves Sebastien Haller on the bench. West Ham fans have witnessed enough of the French striker being used as a lone striker to see it clearly does not work. The 25-year-old thrives with a partner – like when played in a 4-4-2 with Michail Antonio – so should Moyes choose to deploy a 4-2-3-1, that striker cannot be Haller.

Antonio could play that position. He offers more versatility and variation in attack than Haller, but again still would not be my choice of striker – my vote goes to January signing Jarrod Bowen. The 23-year-old might be new to this Premier League thing, but he has already demonstrated qualities that would mould him as an exciting, threatening forward. Making diagonal runs in behind defences – as we saw for his outstanding goal against Southampton – is his forte. Sharp on and off the ball, a constant headache for defenders; it is exactly what we need from someone operating as our lone striker.

As for who would provide support, I would lean towards a trio of Felipe Anderson, Pablo Fornals and Michail Antonio. Despite Anderson’s poor form this season – netting just once in 22 Premier League appearances – he is very much a confidence player and someone I strongly believe is one of our best talents at this football club. Consistency is something he lacks, but with the likes of Fornals and Bowen around him, he would certainly play with more freedom and confidence than we have seen from recent performances. 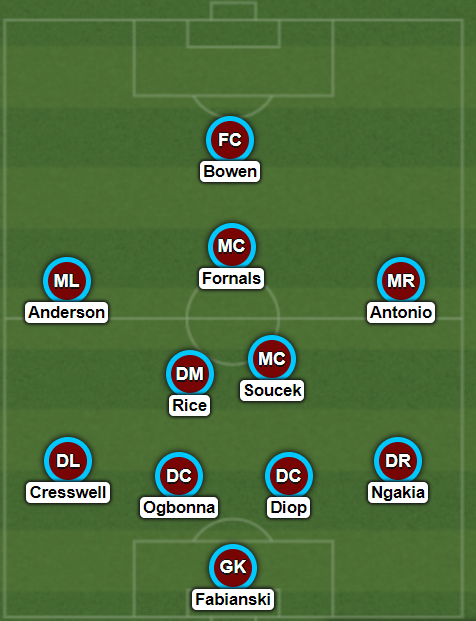 Fornals has already demonstrated what an excellent playmaker he is – registering five assists in the league this season –  but he must operate in that central attacking midfield position. The Spaniard is not the fastest, but his ball control, quick feet and unprecedented vision for passes makes him somewhat of a hidden threat. With Anderson and Antonio on either side of him with Bowen just in front, he would have options anywhere on the pitch – and that makes it such a dangerous composition.

With Declan Rice and Tomas Soucek sitting in behind, it would provide balance to both attacking and defensive transitions – something the Hammers have lacked for too many years. This system, if utilised correctly, could be the spark for survival Moyes’ men require.