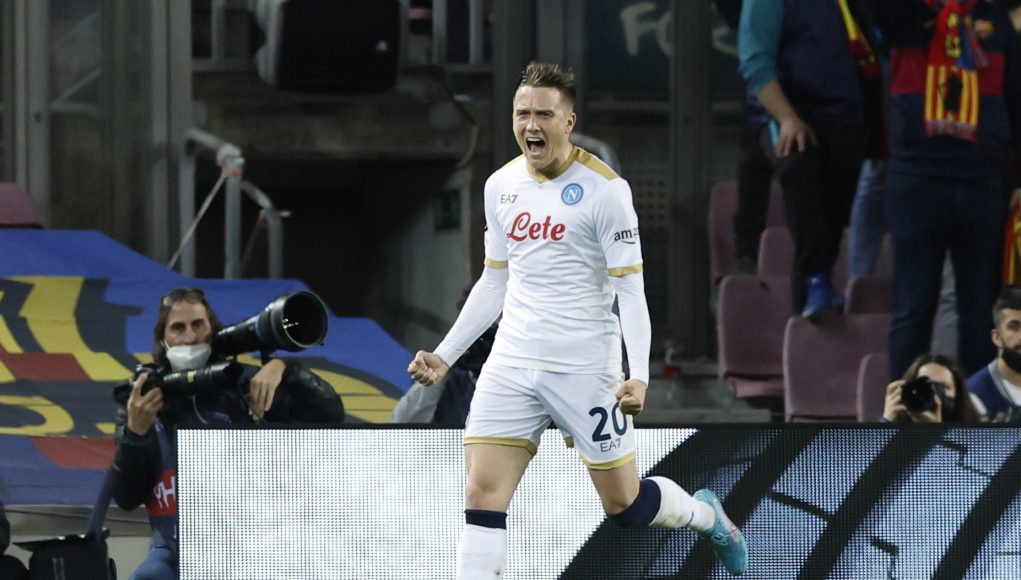 West Ham’s Head of Recruitment, Rob Newman, is ‘keen’ to secure the signature of Napoli midfielder Piotr Zielinski this summer, according to ExWHUemployee.

West Ham’s transfer window appears to have picked up some serious pace over the last week, despite missing out on Jesse Lingard to Nottingham Forest.

With Sassuolo’s Gianluca Scamacca heading to London for a medical, a bid being accepted by Eintracht Frankfurt for Filip Kostic and talks expected to resume with Lille over the signing of Amadou Onana soon, the Hammers appear to be making in progress in their attempts to bulk out the squad ahead of the new season.

And Zielinski is the latest to be the subject of intense interest from West Ham, with negotiations between the club and Napoli ongoing for the Poland international.

Writing on his West Ham Way Patreon page, Ex revealed it is Newman who is the most eager to get a deal done for the 28-year-old.

He wrote: “Zielinski comes highly recommended to the club and Newman is keen to get this deal over the line.”

It was reported by an Italian journalist Ciro Venerato on Rai Sport (via Inside Futbol) last weekend that West Ham had indicated to Napoli that they would be willing to pay up to €40m for the experienced midfielder’s services but Napoli were holding out for nearer €50m.

And while it currently appears the two clubs are on different pages when it comes to an acceptable fee for Zielinski, the player himself doesn’t appear to be too keen on joining the Hammers.

Venerato [via Inside Futbol] has since claimed that the player is actually eyeing a move to Lazio to link up with Maurizio Sarri, who he worked with when Sarri was in charge of Napoli between 2015 and 2018.

So while Newman is eager to bring Zielinski to east London in order to boost David Moyes’ midfield options, it’s another deal that might take a lot of convincing for the player to agree to a move, which is also the case with Frankfurt’s Kostic.

With 72 caps for Poland, 298 Serie A appearances to his name and 49 outings in the Champions League and Europa League combined, Zielinski would arrive with a vast amount of experience that would no doubt benefit Moyes’ side as they look to navigate yet another busy season across four competitions.