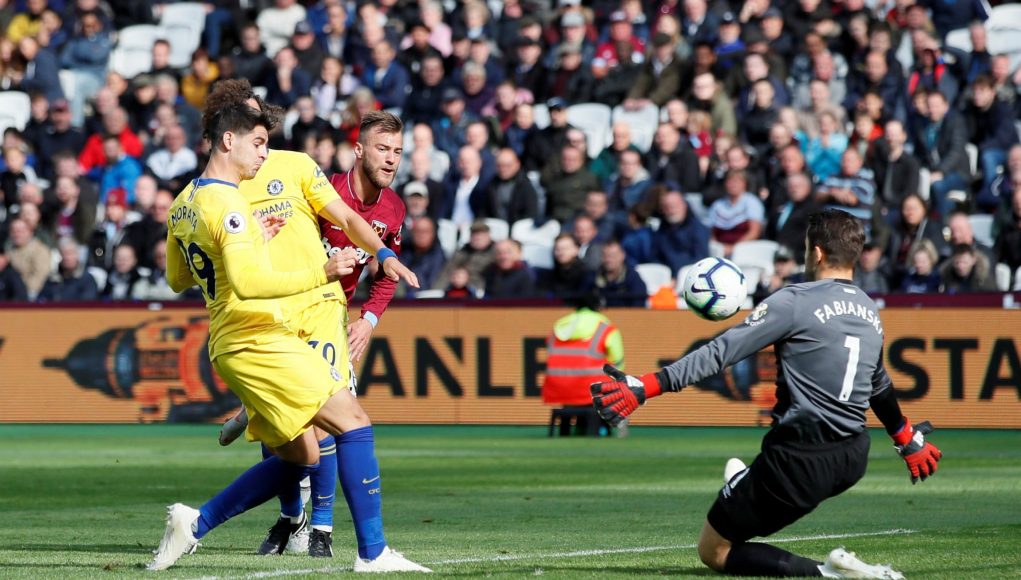 West Ham drew at home on Sunday as Chelsea failed to score in the Premier League for the first time this season.

The Hammers went into the game at London Stadium knowing that they needed to make improvements defensively if they were to keep a clean sheet against a free scoring Chelsea side.

Manuel Pellegrini trusted the same midfield and defence that played against Everton but was forced to bring Michail Antonio into the starting line-up for the injured Marko Arnautović.

It seems clear that Pellegrini has found his strongest team with three in midfield and the full backs playing more defensively than they did at the start of the season.

Chelsea enjoyed 72% possession and recorded 17 shots at goal compared to six from the home side. Despite dominating long periods of the game, Chelsea struggled to penetrate the two banks of four that West Ham set up in defence.

Declan Rice received a great deal of praise in the media over the course of the last week after his outstanding performance at Goodison Park. The midfielder only enhanced his growing reputation against Chelsea. He looked strong and read the game well whilst showing remarkable composure. It has been many years since the Hammers have been able to field a team that look comfortable on the ball and enjoy having possession. 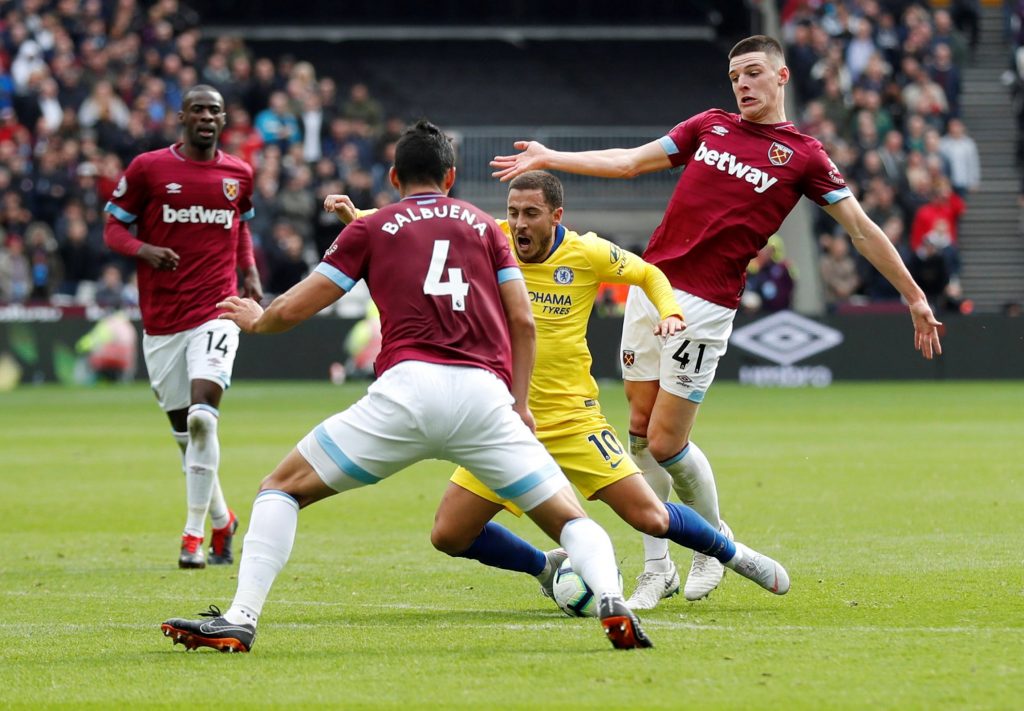 The way Rice has played under Pellegrini has been key to West Ham’s recent success and he is rapidly becoming one of the first names on the team sheet. If Rice continues to produce outstanding performances in claret and blue, the debate over who he pledges his allegiance to at international level will go on and on.

Another magnificent performance came from Polish international Łukasz Fabiański who made six saves. After receiving criticism for performances in earlier games and some fans questioning his presence in the box, West Ham’s number 1 kept his first clean sheet of the season.

Chelsea were limited to relatively few chances but when they did get a sight of goal Fabiański made some crucial stops, including one remarkable save with his face after he rushed out to Alvaro Morata who was through on goal.

Pablo Zabaleta must also get a mention after working tirelessly for the full 90 minutes. The 33-year-old is certainly past his best despite being one of the finest right backs in the Premier League era. He was solid against a fluid, attacking Chelsea side and his leadership of the defensive shape was key as West Ham got a well-deserved point.

West Ham did have chances of their own, both Antonio and Andriy Yarmolenko missed opportunities that could have sealed the win. It seemed harder for Yarmolenko to miss as he found himself free at the far post with only Chelsea goalkeeper, Kepa Arrizabalaga to beat. 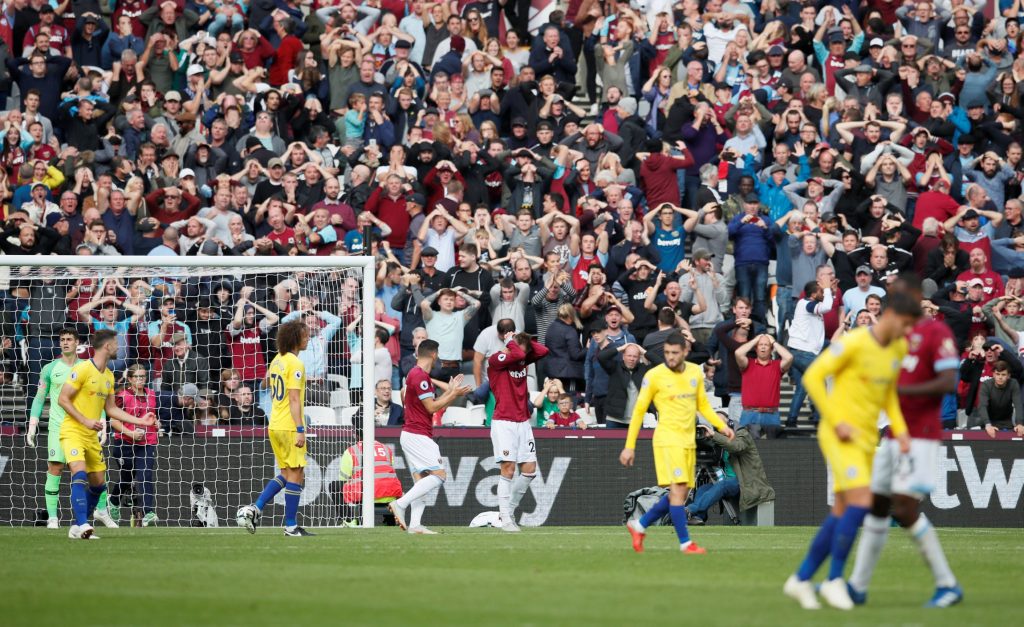 Overall, it was a good defensive performance from Pellegrini’s men. It is exciting to see a West Ham side that can pass the ball accurately and look threatening on the counter whilst having the ability to stand firm at the back.

Felipe Anderson and Yarmolenko showed again that they can take players on and drive at opposition full backs. As confidence grows within the squad, fans can only hope that Arnautović is not on the side-lines for long. A striker of his calibre would have the opportunity to build up a considerable goal tally in the coming weeks.

West Ham now look ahead to their fixture against an out of form Macclesfield Town side in the third round of the Carabao cup on Wednesday. The Silkmen’s only victories since appointing Mark Yates as manager have come in cup competitions; beating Bradford City, Blackpool and Walsall all on penalties.

They sit rock bottom of League Two and West Ham will be expected to make several changes ahead of their first home game under the floodlights this season.