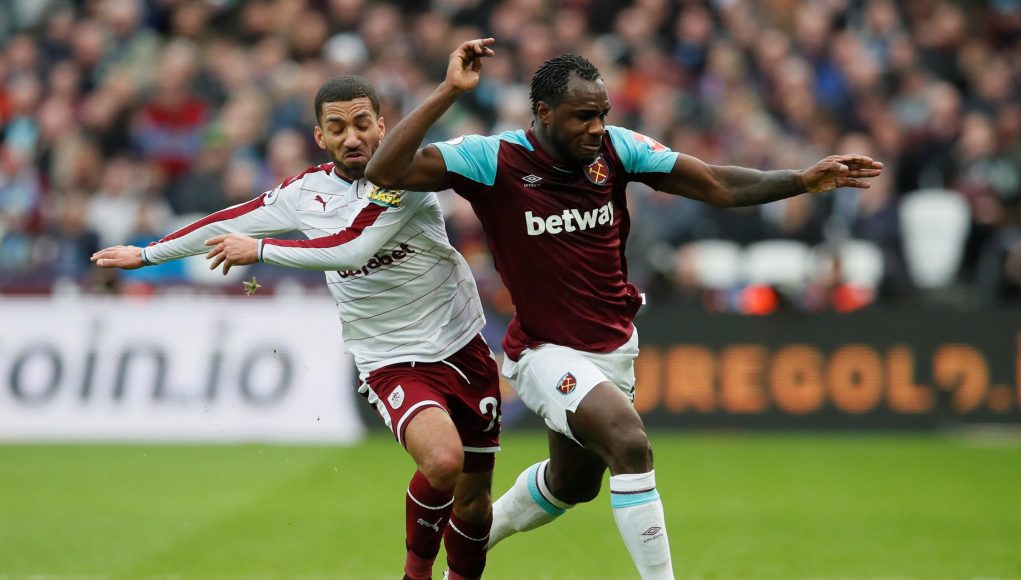 West Ham’s Premier League status is all but secure for another season, though the club will now have to prepare themselves for a different sort of battle in the months ahead.

It’s been a turbulent season in east London and, hopefully, the transfer window ahead won’t be such a rollercoaster ride – although it seems one Premier League rival are intent on ruffling our feathers.

The Daily Mirror (May 8th, page 55) claim that Crystal Palace boss Roy Hodgson is eyeing a move for Michail Antonio, as the Eagles brace themselves for the expected departure of star-man Wilfried Zaha.

28-year-old Antonio is currently sidelined with a hamstring injury and will not return until next season but remains a valuable member of the West Ham squad, having only signed a contract extension until 2021 last year.

Valued at £16.2m by TransferMarkt, West Ham can expect a decent profit upon the reported £8.5m fee spent to land the winger from Nottingham Forest in 2015 but are unlikely to be willing to negotiate.