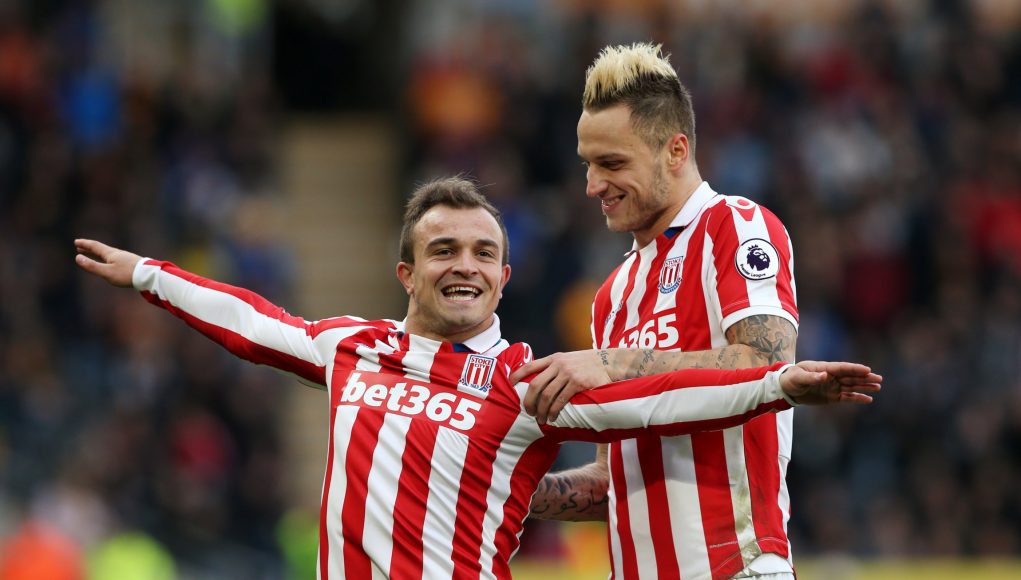 West Ham’s battle to remain in the Premier League has ended in success, with the Hammers pushing themselves to safety following Saturday’s 2-0 win over Leicester City.

Further battles are on the horizon though as the club look to push up the standings next season and avoid another struggle near the foot of the table, which has led West Ham fans to suggest transfer targets.

Following Stoke City’s relegation on Saturday, a mass exodus from the Staffordshire cub is expected and the Hammers could raid the Potters once again – having signed Marko Arnautovic on a club-record fee last summer.

The Austria international endured a difficult start to life at the London Stadium but soon turned a corner, becoming a starring figure in the club’s fight to avoid relegation and being named Player of the Year.

Now, some fans have expressed an interest in partnering Arnautovic with his former Stoke team-mate Xherdan Shaqiri, who is expected to be amongst the wealth of players leaving the Potters, although not everyone is convinced.

In the two seasons Marko Arnautovic & Xherdan Shaqiri played together at Stoke, they recorded a combined total of 26 goals and 20 assists.

26 goals between the 2 of them over 2 seasons? That’s 6.5 goals each per season. That’s as prolific as Carlton Cole

Give Arnie and Lanzini 2 years and I reckon they beat those stats. ⚒

It’s a big must. Would be perfect

Am I missing something stupidly obvious? That works out at 13 goals and 10 assists a season as a pair. Arnie on his own has almost managed that for us this season… so why are we acting like this is a crazy good stat?

No thanks. Great player but too similar to Arnie in attitude. Need some steel in midfield rather than flair!