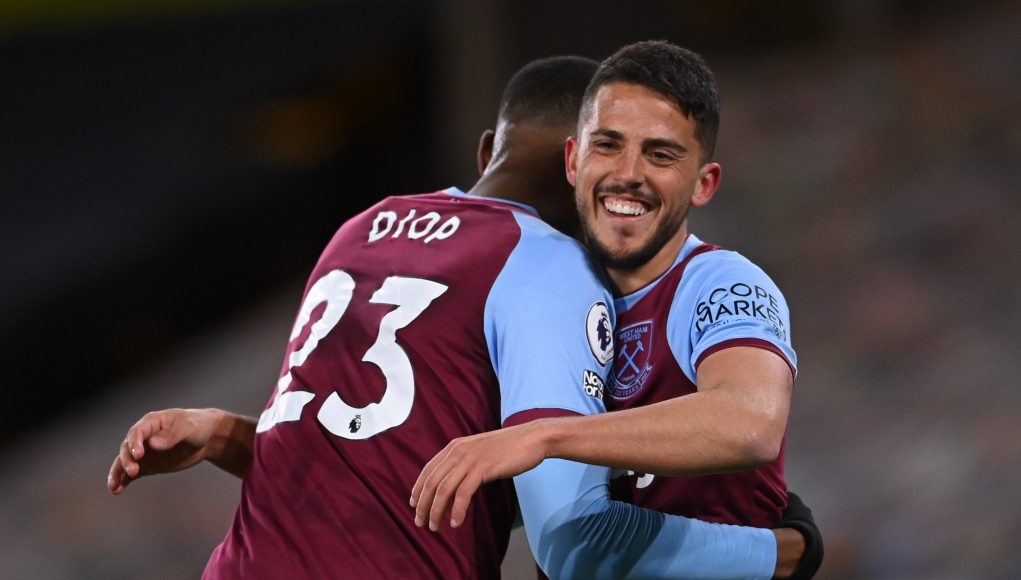 It has been well documented what a great atmosphere there is in the West Ham squad this season.

The likes of Aaron Cresswell, Declan Rice and Mark Noble have all said publically that they ahve loved being part of this team, while David Moyes praised the club’s fringe players for their attitude when chatting to former Hammer Martin Allen recently.

And despite the club’s recent dip in form, which has seen us win just one of our last five fixtures and seen us all but drop out of the race for a top-four finish, it appears morale in the squad remains unaffected.

The club often post pictures on social media of players enjoying themselves in training, but today’s image of Pablo Fornals and Issa Diop having a laugh at Rush Green suggests the players’ spirits are high ahead of Wednesday night’s trip to The Hawthorns.

Fornals has been a huge player for us this season, scoring four and assisting three in 34 first-team appearances, while Diop has been in and out of Moyes’ starting XI, making 19 appearances in all competitions.

It’s great to see the players still smiling after such difficult results over the last few weeks, let’s just hope they’re focused and ready to pick up maximum points from our final two games to guarantee us a place in next season’s Europa Conference League at the very least.