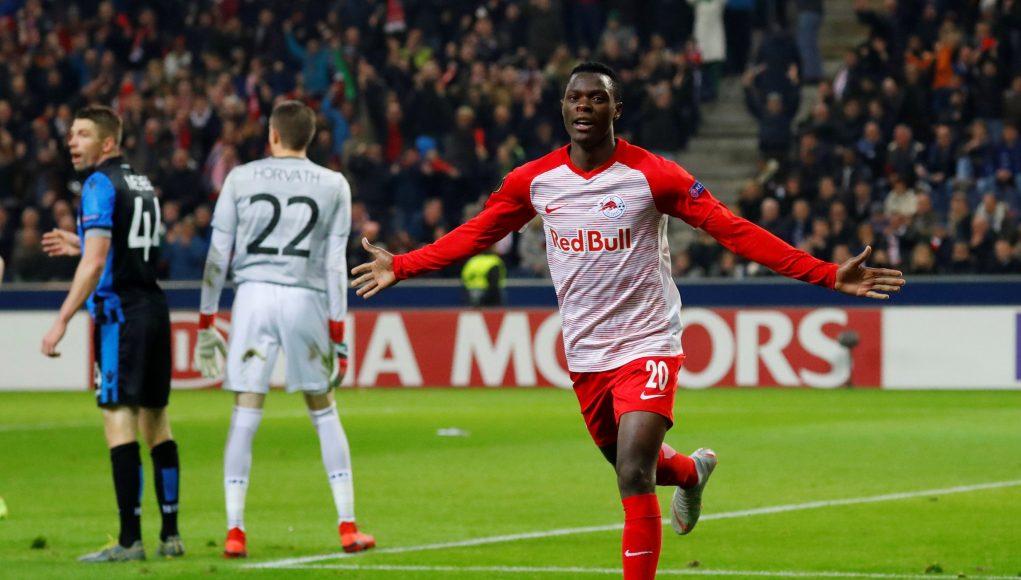 According to Transfer 20, the Hammers have contacted the club to negotiate a transfer deal for the 22-year-old. Amongst other clubs like Liverpool and Arsenal, West Ham are interested in the Zambian international.

After selling our only out and out striker, Sebastien Haller, to Ajax for £20m last week, Michail Antonio is our only option up top in the current first-team.

Now that we have the smallest squad in the Premier League,  David Moyes and the board must bring in new players before the transfer window slams shut at the end of the month – especially with funds left over from the Haller sale.

Several reports have linked the Hammers with Daka, with RB Salzburg reportedly expecting a fee of around £25m. The Hammers’ chances are boosted by the fact that Freddie Kanoute is the 22-year-old’s agent, who made over 70 appearances for West Ham between 2000-2003.

After the club sold Erling Braut Haaland to Borussia Dortmund in January, Daka scored 24 goals in 31 league appearances in his breakthrough season, to finish as runner up in the golden boot race.

And his form hasn’t slowed down this season, either. Daka has already scored eight goals in as many games as his team sit at the top of the table. Since arriving in Austria in 2017, Daka now has 69 goal contributions in just 100 games, making him one of the most prolific forwards in Europe right now.

The Zambian striker was also named the Confederation of African Football’s Young Player of the Year in 2017. Since then he has featured 18 times for his national side. Daka has also expressed his interest to follow in the footsteps of other African Premier League stars like Pierre-Emerick Aubameyang and Sadio Mane.

Considering our lack of depth upfront at the moment, Daka would be a phenomenal signing for West Ham. Evidently, he is a great footballer, which is why he is attracting interest from top clubs.

Standing 6ft tall, he also has exceptional pace and dribbling abilities – suitable for West Ham’s current system. As well as this he has a great work ethic and can obviously finish the ball.

The only downside is that he is used to playing in a front two, much like Haller did at Eintracht Frankfurt. This rings alarm bells considering he may cost a hefty price, and we don’t want a repeat of the Haller situation. However, they are two different players and it is easier to see Daka adjusting to our current formation.

Undeniably this will be a big signing for West Ham and will be great for the club if it can be pulled off. Although high interest from other clubs may be a setback, the board must invest their time to make this deal happen.