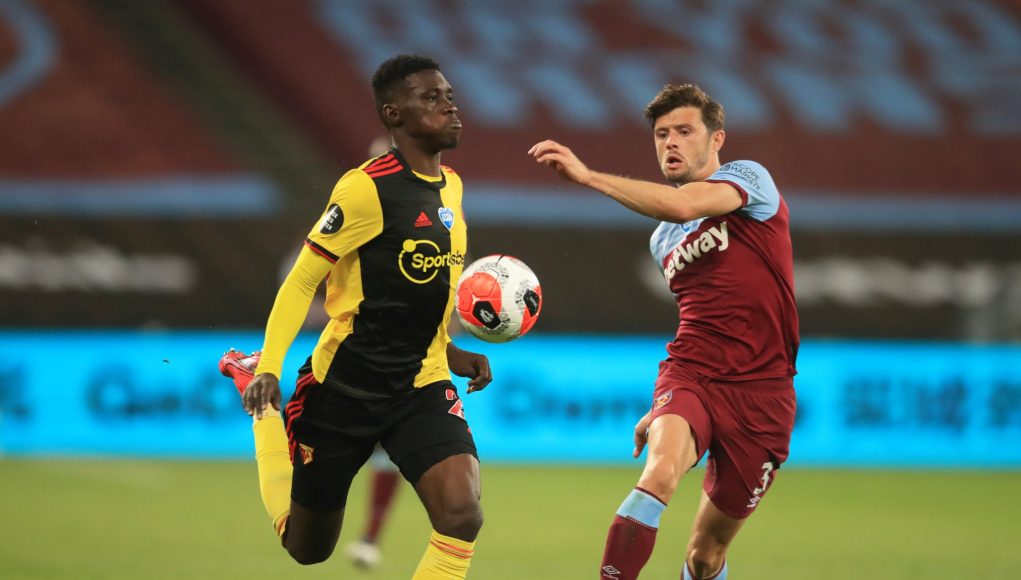 Watford forward Ismaila Sarr would be a risky signing for West Ham, amid reports the club are linked with him

According to The Sun, West Ham are ready to launch a £30m bid to secure the services of Ismaila Sarr from Watford. The 22-year-old chose to stay with the the Hornets following relegation from the Premier League last season.

Sarr, who is more naturally a winger, is being eyed up to replace Sebastien Haller upfront. His departure to Ajax for £20m last week, leaves Michail Antonio as our only striker available.

The Senegalese forward impressed some fans in his first season at Watford, with four goals and four assists to his name. However, he struggled to match his price tag after arriving from Stade Rennais for a club-record fee.

Although his blistering pace and dribbling abilityy stuns viewers when they watch him play, West Ham must be careful with the selection of their next ‘big money’ signing.

After all our top three most expensive signings in the club’s history have all failed to impress. Haller was sold for less than half of his fee, Felipe Anderson has been sent out on loan and Andriy Yarmolenko is a regular on the bench.

With Hammers fans breathing down the club’s neck, it is of utmost importance that the board deliver on their next signing. And while Ismaila Sarr has the potential to be a top player, it is hard to see him as the next man to take West Ham to new heights.

More often than not this season, Sarr has been placed as a winger in Watford’s current system. But the fact that we are bringing in a wide player to fulfill duties up top, seems like a waste of £30m.

Sarr, who has made 49 appearances for Watford, has scored four goals so far in the Championship and 10 goals for the club overall. He has also made 32 appearances for Senegal.

It is important to acknowledge the fact that he is still young, but the 22-year-old hasn’t hit the ground running since his arrival in England.

On the odd occasion, he has shown glimpses of magic, especially in their 3-0 win over Liverpool last year, but he has struggled to find consistency so far.

West Ham must find more out and out strikers to take Haller’s mantle, rather than a winger who is yet to showcase his potential talent. The likes of Patson Daka, Josh King or Abdallah Sima have also been linked to the club.

While Moyes has a knack for converting wide players to strikers, like he did with Marko Arnautovic, these options are much more suited to the vacant position and could be available for a cheaper price.

We’re almost half way through the January transfer window now and West Ham need to act fast in order to secure a striker before it slams shut. But for £30m, Ismaila Sarr is not the answer.