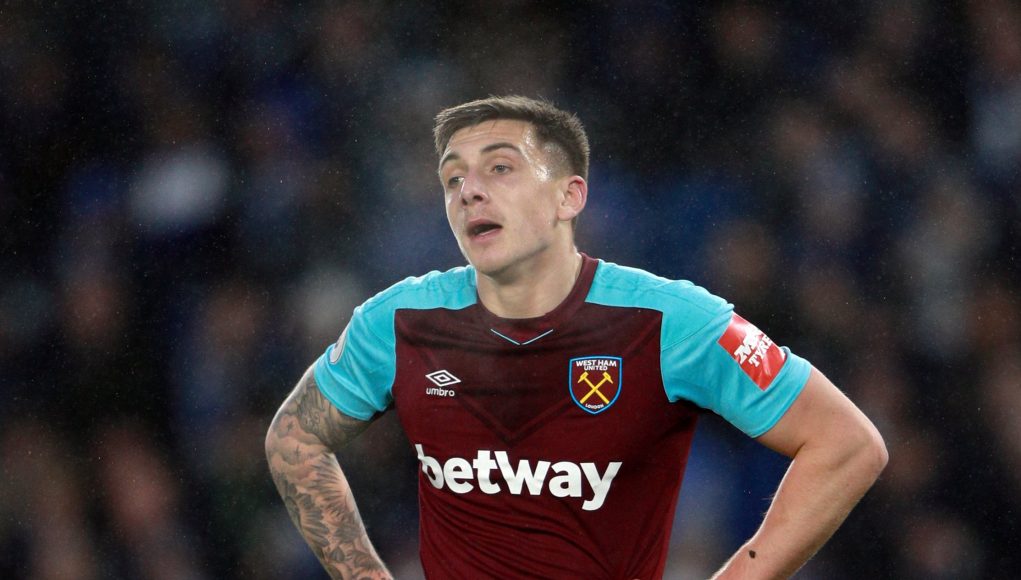 It is safe to say that Jordan Hugill’s time at West Ham hasn’t been overly successful so far.

Having signed from Preston North End he has managed just 22 minutes of competitive football for the Hammers. But he did an okay job while on loan at Middlesbrough last season, scoring six and assisting twice in 20 starts and 17 substitute appearances.

Despite that, it wasn’t enough to persuade Boro to make a move for him, according to football.london.

With the Hammers looking to recoup most of the £9million they paid for him, they could struggle to strike up a deal to take him away from London Stadium.

This means that the 27-year-old staying at West Ham for the 2019/20 season is surely becoming a realistic option.

He may have been disappointing so far, but he hasn’t exactly had much of a chance, as 22 minutes across three games is absolutely no time to make an impact.

Considering the Hammers would likely need to take a big hit on the price they paid to get rid of him, it could be worth keeping him around for one more season to see if he comes good.

This is not to say that he should be starting games or becoming an integral player, but he could fulfill the same kind of role as Andy Carroll’s whenever he was fit last season.

Usually, my opinion would be to cut the losses on a player who has looked quite limited – having produced 0.1 dribbles and 2.4 bad controls per game for Middlesbrough.

However, Carroll has been released, Lucas Pérez was sold, Javier Hernández is likely to leave according to ExWHUEmployee, and Marko Arnautovic’s future remains uncertain.

It is highly unlikely the Hammers will have the funds to bring in three new strikers, so having Hugill around – even if he isn’t the best option – while also using the likes of Xande Silva, could be helpful.

Having fewer strikers to sign would also mean more focus can be placed on signing top targets, such as Maxi Gómez.

As brilliant as this transfer window has been for the club so far, it is perhaps a little unrealistic to think that every single player who hasn’t performed will be sold and replaced.

Current circumstances suggest Hugill could be one of the players to stay.