West Ham World
Home Homepage On This Day: Payet scored one of the greatest goals in Premier... 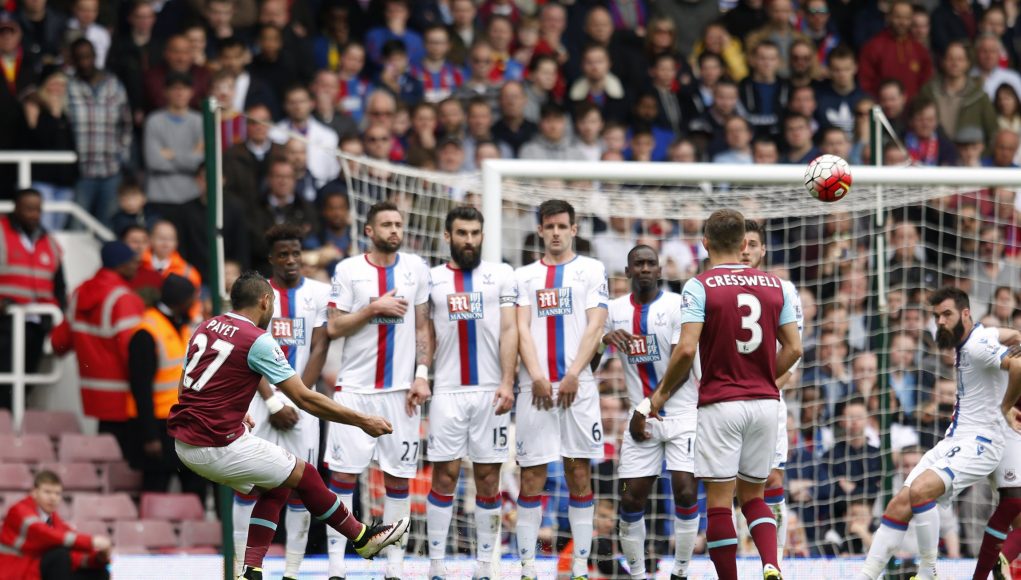 On this day in 2016, former West Ham United star Dimitri Payet shocked the Premier League with one of the greatest free-kicks the division has ever witnessed.

In a 2-2 draw at Upton Park against Crystal Palace, Payet produced a spectacular free-kick that seemingly defied the laws of physics as it curled, dipped and landed in the top of the top corner.

The France midfielder was enduring a special season with the Hammers, scoring nine goals and registering 12 assists in 30 Premier League appearances throughout the 2015/16 campaign.

Under Slaven Bilic that season, West Ham bid goodbye to Upton Park and that was certainly a factor in the clubs exceptional home form, losing just three league games at the Boleyn Ground all season.

The Irons finished seventh in 2015/16, but fans were left somewhat disappointed as hope and optimism of a Champions League spot stuck with them throughout, only to endure a dip of form towards the end of the campaign that ended their chances.

This strike from Dimitri Payet was one of many memorable moments the Frenchman produced in east London, and fans reacted to the club’s official Twitter post of his free-kick…

Truly magnificent, the bend and spin on the ball. It was never ever near the goal until it was in the back of the net. I was there and what a privilege it was to support the club while #payet was there.

That was the best Payet free kick for me.