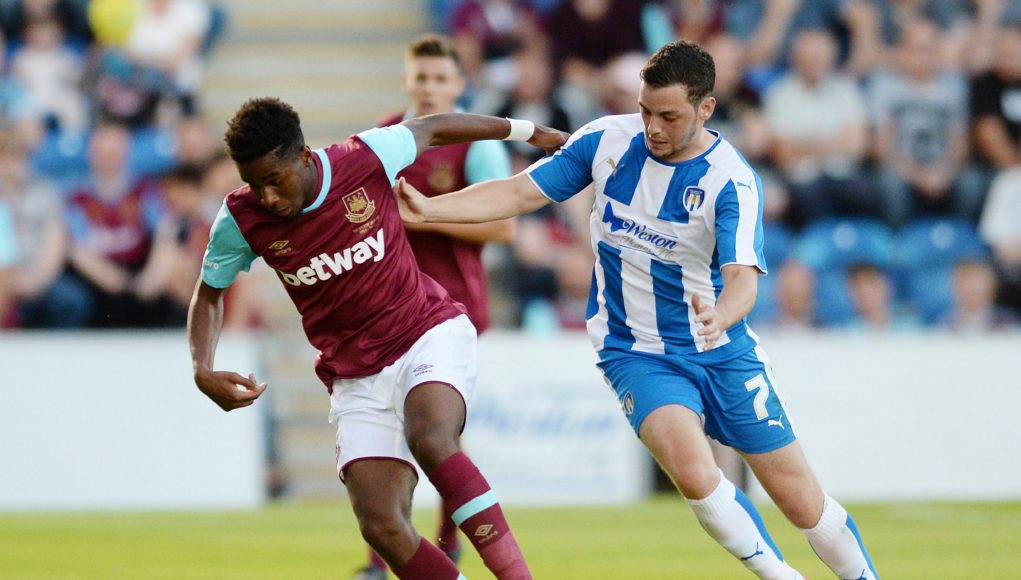 West Ham have secured the services of a talented midfielder for another year, as they prepare for the new Premier League season.

The Hammers have confirmed that Moses Makasi has signed a one-year extension at the London Stadium, who impressed on-loan with Plymouth Argyle last term.

Makasi captained West Ham’s U23 ranks in the first half of the campaign before his stint in League One, where he caught the eye with a goal on his debut, before his campaign was ended prematurely by injury.

After learning key lessons from his spell in the third-tier, Makasi stated he’s hoping the 2018/19 season is also successful as the 22-year-old looks to force his way into the first-team.

“It’s a proud day putting pen to paper for another year of playing for West Ham, obviously it’s a pleasure for me and I’ve just got to keep going for next season and see where it takes me.”

“I was pleased with my season last year. I obviously came in and took on the captaincy and then went out on loan, scored on my debut and played seven games before then getting injured. The injury came at a bad time but overall it was a good season and a good loan period and hopefully I can be as successful next season.”

“Fighting for the play-offs, playing men’s football and chasing points; I really enjoyed my time there. It was a great experience and a really good move for me. There is nothing else like that, playing for three points twice a week.”