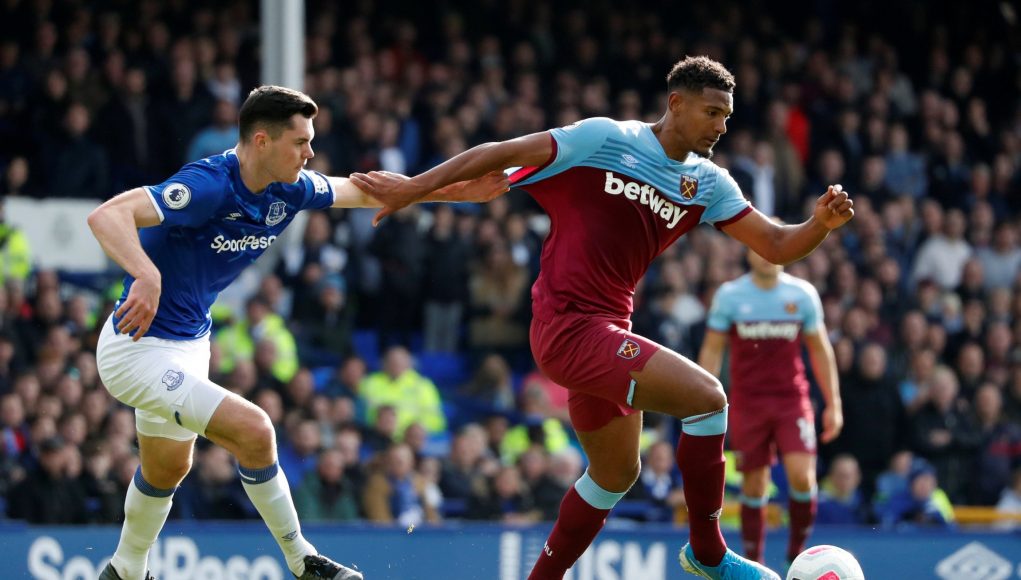 Sebastien Haller has spoken out following West Ham’s 2-0 loss against Everton on Saturday.

The 25-year-old was isolated, as has tended to be a theme in recent weeks, having had 3.6% of the game’s overall possession, as per WhoScored – only Angelo Ogbonna and Richarlison had less.

Haller condemned the performance from the men in claret and blue, calling it “unacceptable”:

“Everton were better in every part of the pitch. That was unacceptable.”https://t.co/Uwbjg4CdbA

There are many fans who have reacted to this post, with the striker’s isolation being a talking point in the replies to the club’s tweet.

One fan is worried that if this continues West Ham could lose the summer signing, while others feel that he needs to step up and involve himself in the game more if others can’t do it for him.

In Haller’s 8 Premier League games so far, he has a record of 4 goals and 1 assist.

We ain’t keeping him long with our endless mid-table mediocrity. He literally gets no service. Midfield outpaced, play-makers go missing, no will to fight (even Declan gave up). Can Pellegrini still motivate this lot?

So many capable individuals acting as if they don’t know eachother someone needs to come in during training and make some connections happen so they move about the pitch as a unit & Haller so isolated on a regular basis is criminal.

Haller needs to get more touch’s. Use your brain, if the balls not coming to you. You need to go to the ball and dig in a bit.

Our best forwards we have had a the club had good service, and generally a partner up front, could be we need 4 across the midfield, and 2 up top and then we will see Haller at his best he scores and assists, all he need is a team to play to his strengths