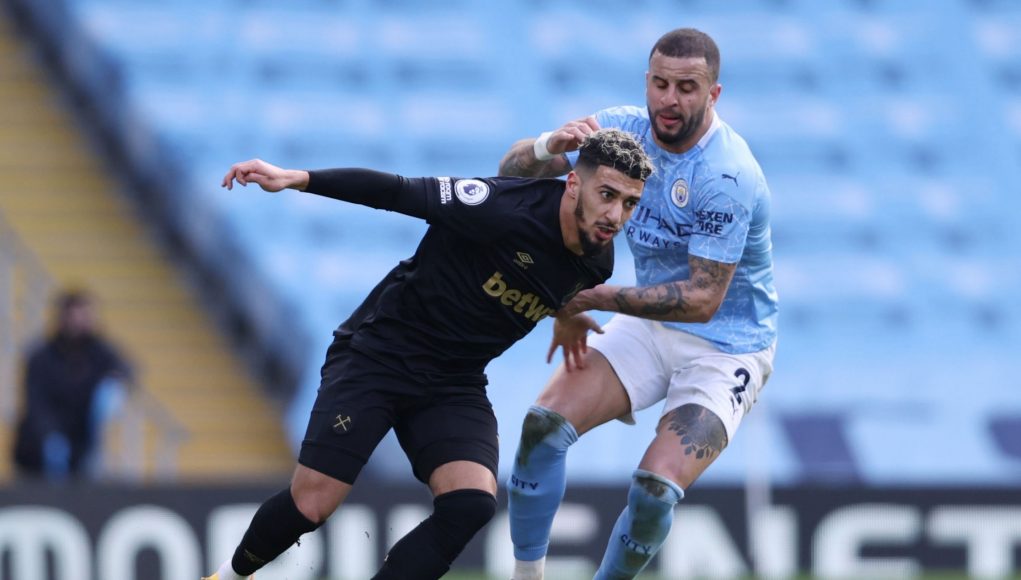 West Ham travel to the Etihad Stadium to take on Manchester City this Sunday, knowing a victory will take them level on points with Pep Guardiola’s side.

Traveling to City is a prospect that wouldn’t normally be relished by West Ham teams in the past, but in recent seasons – particularly under David Moyes – the Hammers have not disgraced themselves in the same way other teams have done against the Premier League champions.

Despite not winning at the Etihad Stadium since 2015, West Ham have only lost one Premier League game there by more than two goals, which came via a 3-0 defeat way back in August 2008. In fact, the Hammers have only conceded one more Premier League goal at home against Man City (35) than they have away (36).

This is in stark contrast to many other teams who have rocked up to Man City’s ground and left on the wrong end of a hiding – Norwich City and Arsenal have both lost 5-0 there this term, while RB Leipzig conceded six in a 6-3 Champions League defeat.

So there is a slight element of good feeling for the Hammers heading into this fixture, backed up by the club’s recent form, having lost just three times in their last 22 outings in all competitions.

That said, West Ham have won only two Premier League points against City since Slaven Bilic masterminded that 2-1 win at the Etihad at the beginning of the 2015/2016 campaign.

So how can West Ham improve on that record on Sunday afternoon?

Well, David Mooney from the Blue Moon Podcast gave the We Are West Ham Podcast some insight into what he would try to do if he was David Moyes planning for this clash, outlining Rodri as one player, in particular, that should be focused on.

Speaking on this week’s We Are West Ham Podcast episode, Mooney said:

“If I was speaking to David Moyes right now to say ‘here’s what you need to do to beat Man City,’ it’s not pack the defence and sit deep, it’s make sure you’re solid in your shape and you don’t break ranks too easily but, when City have the ball make sure there’s no pass into the middle.

“Make sure that Rodri cannot get on the ball. As soon as Rodri gets on the ball and can accept the pressure, he has options then to pass it through and the lines can be broken. If you can cut that you then City have a real, real problem.

“That’s not to say that you do that successfully and City will lose or draw, because they do still find a way through sometimes, you get moments of magic or you get little bits of luck, but they find it a lot more difficult to actually break down the opposition when that happens.

“So my worry for this season is that West Ham look pretty good when it comes to taking on the big boys and I think Moyes has had a pretty good plan for these sorts of games.

“So if we could have the David Moyes that was in charge of Manchester United for this weekend then I would be much happier than the one you’ve got right now.”