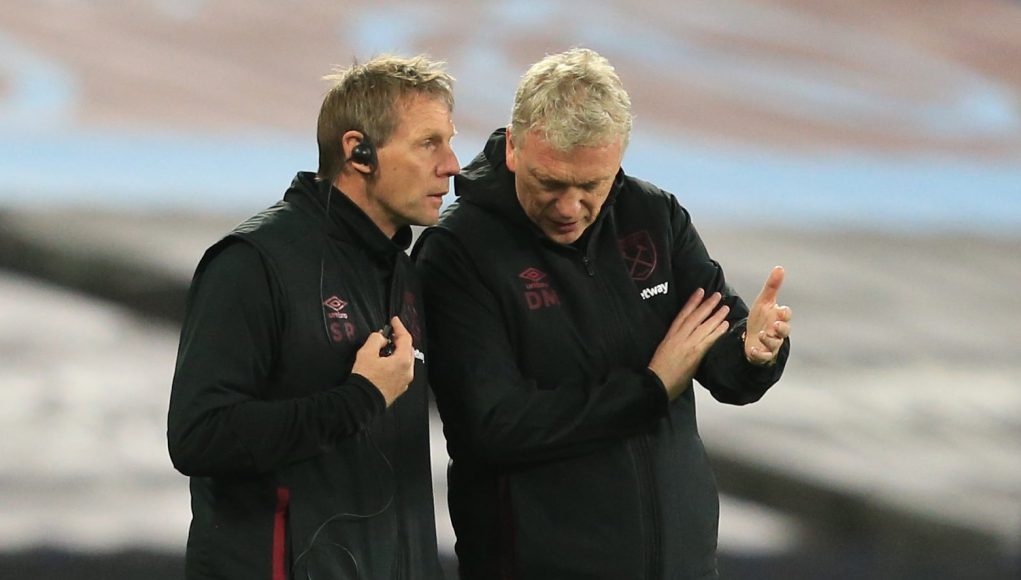 When you stop and think back at what West Ham achieved last season, it’s actually unbelievable.

David Moyes and his coaching staff returned to the club and were expected to oversee yet another relegation battle in 2019/20 but instead kept us up and then, despite a poor start to 2020/21, led us to a top-six finish and Europa League qualification.

It was officially the club’s most successful season in the Premier League era, with a record number of wins and points won, and now we’re all looking forward to seeing whether Moyes, his staff and the players can build on that in 2021/22.

One thing which will make that much easier is a new contract for David Moyes, which Stuart Pearce this week revealed to talkSPORT has been agreed in principle.

And with new contracts on the horizon for Moyes and maybe Pearce, ex-Premier League midfielder, Carlton Palmer, believes the duo of Moyes and Pearce at West Ham has been great for the club and he hopes they can continue the success they’ve already built in East London.

“So I’m delighted for them and where they’ve finished this season, so long may it continue at West Ham.”

In other news, transfer expert Dean Jones has dropped a huge hint regarding Declan Rice’s future this summer. Click here to read more.