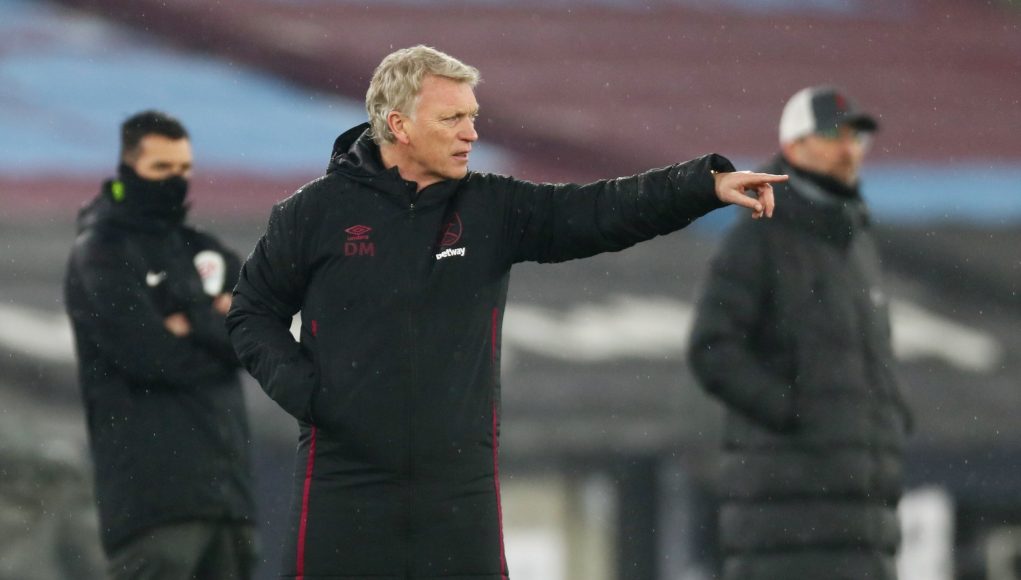 We never thought we’d ever get to this point, but the thought of potentially losing David Moyes to Everton this summer is a real worry.

Moyes has been heavily linked with a move back to Goodison Park this summer after the Toffees unexpectedly lost Carlo Ancelotti to Real Madrid, although Hammers first-team coach Stuart Pearce has admitted in an interview with talkSPORT that he believes Moyes has agreed to a new London Stadium contract in prinicple.

Until that contract is signed and the club announces his new deal, the threat of Everton trying to tempt him back to where he made his name as a Premier League manager will no doubt remain.

Moyes took charge of almost 520 games over a 13 year period as Everton boss before moving to Manchester United, which sparked a rapid decline in his reputation before he rebuilt it by taking us to 6th in the Premier League in 2020/21.

But while he remains a West Ham manager and the summer transfer window begins to pick up pace, we just have to hope he’s planning for his future in East London rather than having his head turned by his old club.

If he does stay, then he’s got a busy summer ahead of him and will need to bring in a few players in order to improve squad depth. And ex-Premier League star, Carlton Palmer, thinks Moyes will be able to find the best value players in the market as he’s already proved he can do good business with a limited budget, just like he did at Everton all those years ago.

Palmer exclusively told West Ham World: “He is a top manager and he’s proven that, I’m really pleased for him.

“I think West Ham suits him. Sometimes you’ve got managers who have got a pot of gold, like he did at Man United and it was difficult for him.

“But even when he was at Everton where he did well, he had money to spend and didn’t always spend it well.

“When he’s having to wheel and deal and bring players through, as he’s done with the young lads, and get players from here and there, he does really well in the market.

“But when he’s had money to spend he hasn’t always spent it well, and I think that was his downfall at Man United.

“So, Everton, when he was managing them then and West Ham now, are probably similar clubs and you see him having the success that he’s having.”

Palmer is bang on, with Moyes already proving his shrewdness in the transfer window by bringing in the likes of Tomas Soucek, Vladimir Coufal, Craig Dawson and Jarrod Bowen for relatively low transfer fees.

Let’s just hope he’s doing the same for us this summer and not for Everton!

In other news, a well-respected transfer window expert has dropped a very promising hint regarding Chelsea and Declan Rice. Click here to read more.