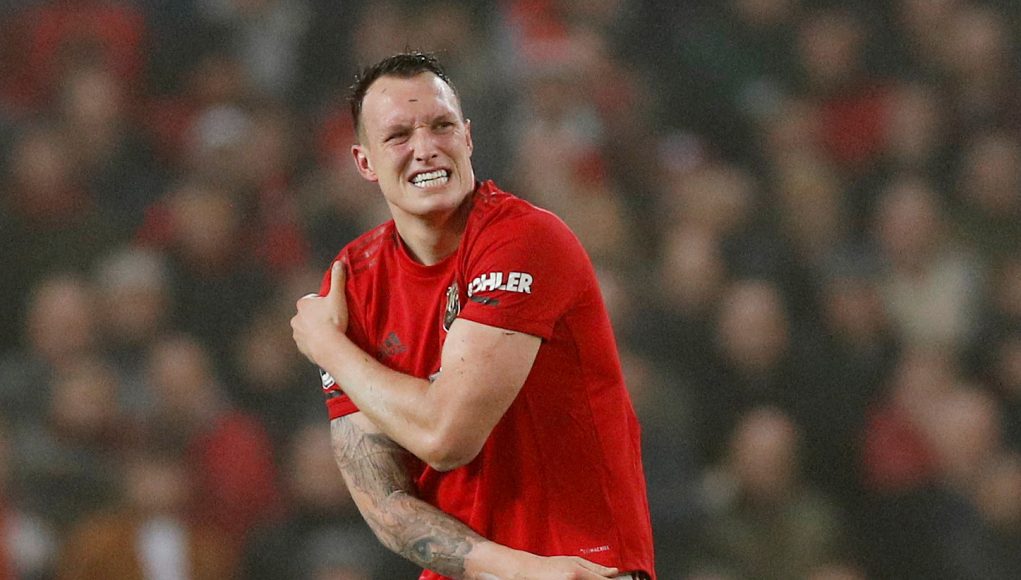 West Ham have made an approach to sign Manchester United defender Phil Jones, according to Eurosport.

It seems like a strange move for a player who has missed 204 games through injury since signing for the Red Devils 10 years ago, his most recent injury keeping out since June 2020.

But it appears David Moyes is keen on bringing the 29-year-old to east London to bolster his defensive options, with the report claiming he’ll be offering Jones a ‘highly-incentivized’ contract.

Give the club’s recent history with injury-prone players – Andy Carroll, Winston Reid and, to an extent, Michail Antonio spring to mind – it seems strange to be considering a move for a player who hasn’t stepped foot on a pitch competitively since January 2020.

Moyes clearly has other ideas, though and these Hammers fans have been reacting to the report on social media, with some claiming his experience at the highest level might benefit the squad in the Europa League next season, while others aren’t convinced…

Experience at the top level in the EPL. Played for England. Played in Europe. The only thing that would put me off is his injury record. Be good business if there is no transfer fee and we need to rotate the team

He’s missed over 200 games through injury in the past ten seasons, including a very serious recent knee injury. If it’s a pay-as-you-play deal then I’ll trust Moyes to take him as a Rocky replacement, but I still feel we should be looking at a younger first choice CB.

Definitely not. Would be a huge waste of wages.

But if Moyes wants him, I’ll back him. He deserves our trust. Still hope it’s just paper talk though.

If Moyes wants him, then I want him. In Moyes I trust