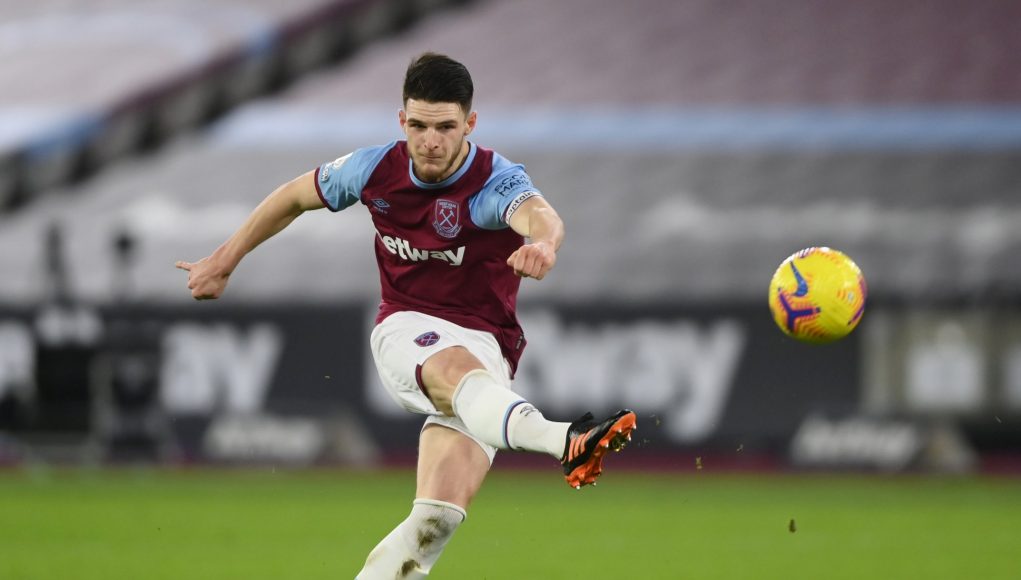 Declan Rice has been one of the standout performers for England at Euro 2020 this summer, which won’t have allowed links with a big-money move away from London Stadium to go any time soon.

Chelsea, Manchester City and Manchester United have all been credited with an interest in the midfielder in recent months but, according to Dean Jones, Chelsea are ready to place a bid of £60m to tempt the Hammers into selling.

What’s worse, Jones admits that Rice has had his head turned and is seriously considering making a move away from the club this summer, with Chelsea his favoured destination.

It emerged last week that Rice has turned down two contract offers from West Ham, sparking further rumours of an impending exit, so Jones’ comments on the Football Terrace’s ‘The Done Deal Show’ only further adds to the fear that Rice will not be a West Ham player next season.

“A lot of West Ham fans realised he would leave if a good enough offer comes in from one of these Champions League clubs. They were quite hopefully he would stay for another year [but], because of how well things have gone for him this summer I think that that’s changed.

“I think Declan has had his head turned. I know for a fact that he seriously considering leaving and that he would be interested in joining Chelsea.

“It makes so much sense, he’s been at the club before, he’s got a best mate there, he knows the area. All the pieces fit in for him, going to Chelsea.”

#Chelsea set to bid £60m for Declan Rice, West Ham thought Rice would stay for another year, things have changed, Declan's heads been turned & he is seriously thinking of leaving! via @DeanJonesSoccer #cfc #whufc

It would be a huge surprise to see West Ham settle for £60m and we should expect David Sullivan to negotiate hard in order to ensure we get a far price for our best player, but sadly it’s becoming increasingly unlikely that Rice will be representing us in the Europa League in 2021/22.