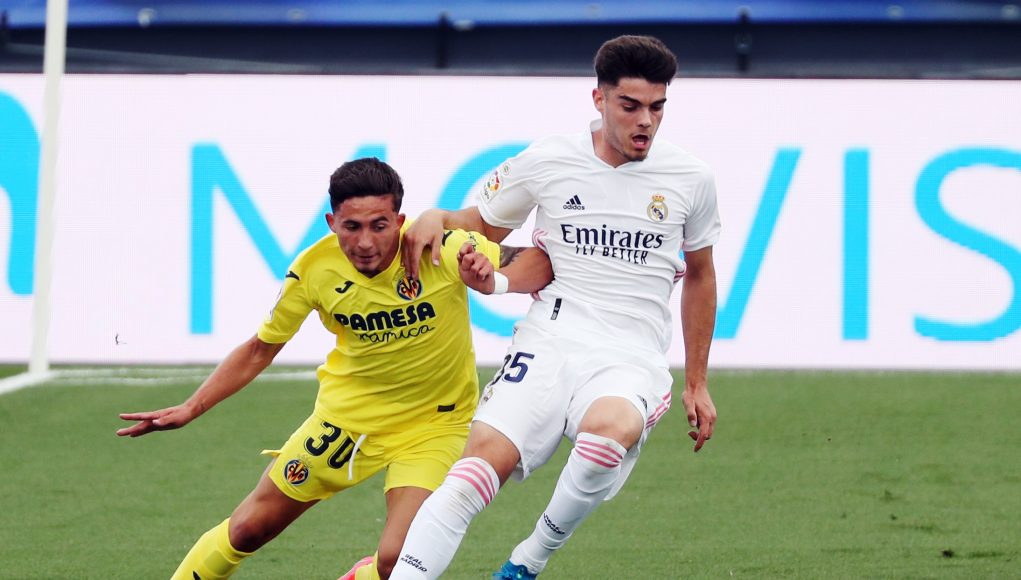 West Ham are in talks over a loan move for Real Madrid left-back Miguel Gutierrez, according to the Daily Star.

The youngster made six La Liga appearances Real last term but it is reported that the Spanish giants are considering sending him out on-loan to get more first team experience before he becomes a first-team regular at the Bernabeu.

Manchester United and Arsenal have both been linked with the Spain U19 international in the past, while Leeds have also been interested this summer.

With a £34m-release clause in his Real contract, which runs until 2024, the 19-year-old would probably be too costly for West Ham to make a move for a permanent deal.

However, the Daily Star claims the player is interested in coming to the Premier League in order to get more experience under his belt and with David Moyes previously admitting he wants to sign young, hungry players, this does seem like a transfer that would suit the club at this moment in time.

It’s a relatively risk-free move for both parties and does help bolster a position that is pretty light on resource ahead of a busy season that will include Europa League group stage football for the first time in West Ham’s history.

David Moyes needs to build squad depth this summer and left-back is a position that needs attention, with just Aaron Cresswell and Arthur Masuaku currently employed to play that role in the first-team.

It’s also a deal that would no doubt suit Real Madrid. Sending Gutierrez to a club playing a top European league and also competing in Europe would give the player valuable first-team experience while competing at the top level, which will be great preparation for their plans to make him their long-term left-back in future.

With talks reportedly ongoing, this is one to keep a close eye on but, if West Ham can bring the player in on a season-long loan, then it would be a piece of business that has the potential to be very fruitful for all parties involved.