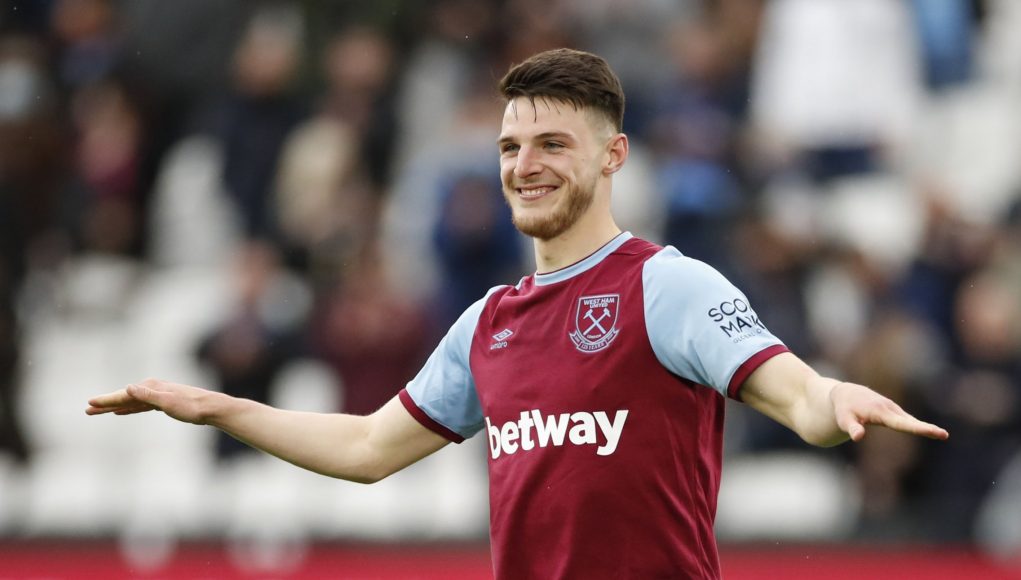 No need to panic just yet but Declan Rice has reportedly turned down two contract offers this summer.

Matt Law from the Daily Telegraph ran the story early on Thursday morning, claiming the club had made two offers to extend Rice’s London Stadium deal, but the midfielder has turned them down.

Law also writes that he has informed the club that he wants to know about any offers that come in for him in the future.

Now, you would be forgiven for thinking he’s had his head turned while he’s with the England squad at Euro 2020, while the likes of Mason Mount, Phil Foden and Reece James all tell him about how great it is just to play in a Champions League final and win Premier League trophies.

But it appears that might not actually be the case. Of course, Rice is good enough to play for a title-challenging club that regularly competes in the Champions League, but he’s still young and will still be competing in the Europa League for us next season.

What appears to be the problem, according to reliable Hammers insider ExWHUemployee, is the sub-standard contract offers we’ve made to Rice so far.

Given his meteoric rise to the England starting XI over the last couple of years, as well as the serious interest from the likes of Chelsea and Manchester City, it would only be fair to make him one of the highest earners at the club. He’s the biggest name at West Ham right now, and he’s also the captain while Mark Noble remains out of the starting XI.

However, ExWHUemployee has claimed on Twitter that the two contract offers he’s declined were below what Andriy Yarmolenko currently earns – over £100k-a-week – and less than what Javier Hernandez was on when he was at the club. When you consider neither of those players achieved anywhere near what Rice has done at the club, it’s understandable that he’s declined for now.

The information about Rice is true. This is because the contract offers have been below what Yarmolenko is currently on, what Hernandez was on and other well paid players. For the player to stay at the club and turn down big moves the pay needs to reflect his ability

It’s baffling that the club are attempting to undervalue Rice when they’re so desperate to keep him at the club but at the same time, are we surprised?

He does have three years remaining on his current deal and they do have an option of another year, but the 22-year-old is no longer earning what his ability should demand in the current game.

So while Rice isn’t pushing for a move away from the club, he’s absolutely right to reject the two deals the club have put in front of him so far. Hopefully, David Sullivan will take the hint and give him what he deserves before he really does have his head turned by one of the big clubs!