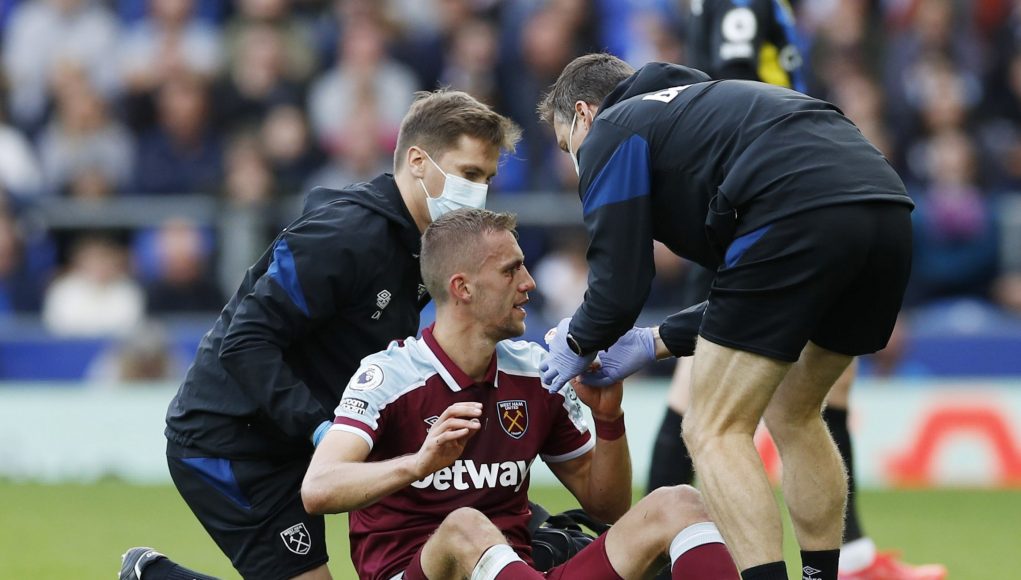 Tomas Soucek was back to his best in Sunday’s 1-0 win over Everton at Goodison Park.

The midfielder has not been his usual self this season, only finding the net once after hitting double figures throughout last season.

But the Czech Republic international looked back to his usual self against the Toffees, getting forward often and being the combative midfielder we’re so used to seeing. He did also have the ball in the back of the net in the first half, but it was correctly ruled out for offside.

But, in the second-half against Everton, Soucek was forced off due to receiving a nasty cut to his face after getting caught by Salomon Rondon’s stray boot. Initially, it had looked to be a deliberate stamp from the Everton striker but replays did prove it was completely unintentional.

And after the game, Soucek took to Instagram to let fans know that he was fine, despite the several stitches he needed in order to clean up his wounds.

He posted: “A few more stitches on my face, to add to my collection. I never give up for any reason. Great win lads and keep up the good work. Don’t worry, I am still alive.”