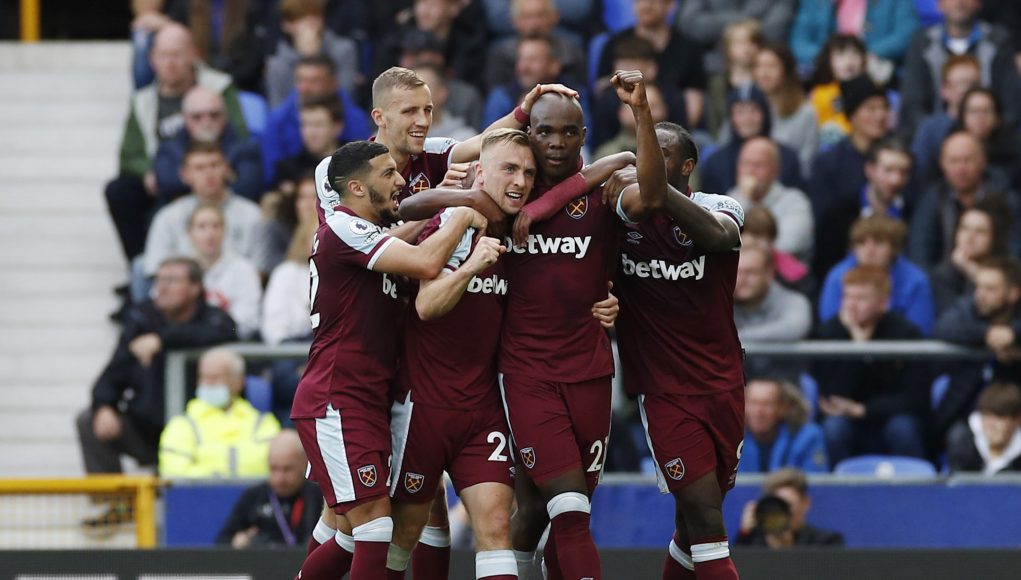 Angelo Ogbonna netted his first goal of the season in the 1-0 win over Everton at Goodison Park on Sunday.

The Italian stalwart rose highest from a Jarrod Bowen corner to head in the 74th-minute winner to take West Ham back into the top-six of the Premier League.

It was his eighth career Premier League goal and his 13th for West Ham in all competitions, with it coming on his 199th first-team appearance for the Hammers since he signed from Juventus in July 2015.

Ogbonna has been a rock at the back for many years now, but has arguably enjoyed his best football at the club since David Moyes returned as manager in December 2019.

And the centre-back to Instagram after Sunday’s victory to celebrate his goal and West Ham taking all three points back to east London with them.

He posted: “Great way to restart!”

And fans were quick to praise him in the comments section of his post, by saying “absolute colossal performance” and “legend!”