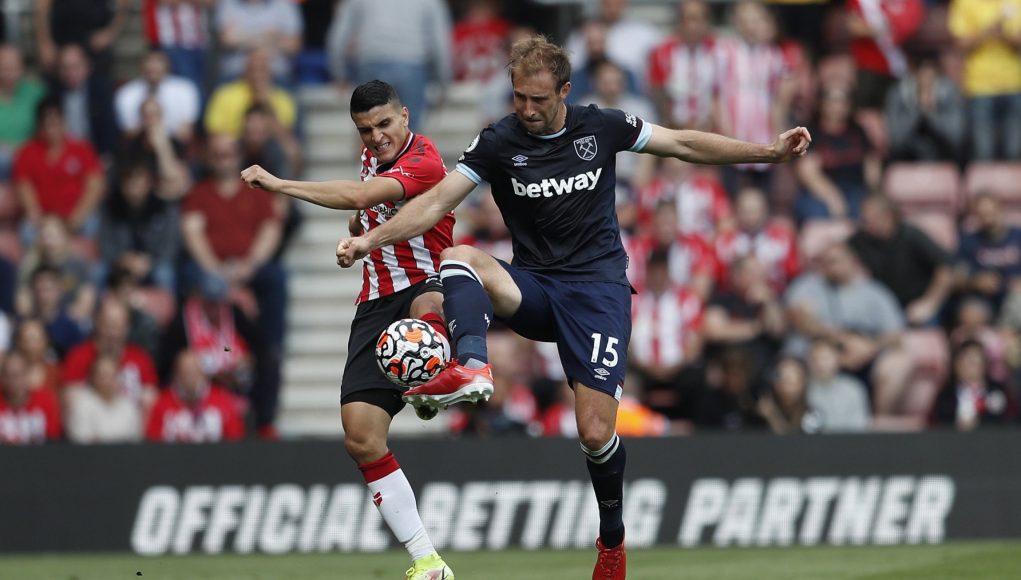 Craig Dawson may no longer be a first-choice Premier League starter under David Moyes, but his impact since he joined the club last season should not be underestimated.

Having initially joined on loan in October 2020, the centre-half was made to wait until 29th December 2020 for his debut – a game in which he was Man of the Match in a 0-0 stalemate against Southampton at St. Mary’s.

His place in the team was pretty much guaranteed after that, keeping four clean sheets in his first four appearances and getting on the scoresheet four times in his first 14 outings.

Kurt Zouma’s arrival from Chelsea in the summer inevitably led to him being dropped as Angelo Ogbonna’s main partner in defence and he’s since had to settle for the odd appearance off the bench or appearances in domestic and European cup competitions.

Despite that, his record in games in which he’s appeared in is still incredibly impressive.

Of his 32 first-team appearances in all competitions to date, Dawson has only tasted defeat on six occasions. He’s been on the winning side 20 times. That’s a 63% win rate with him on the pitch.

Additionally, Dawson is currently on an 11 match unbeaten run when he’s appeared, starting nine of those games. He last tasted defeat in the 1-0 home defeat to Everton back in May. 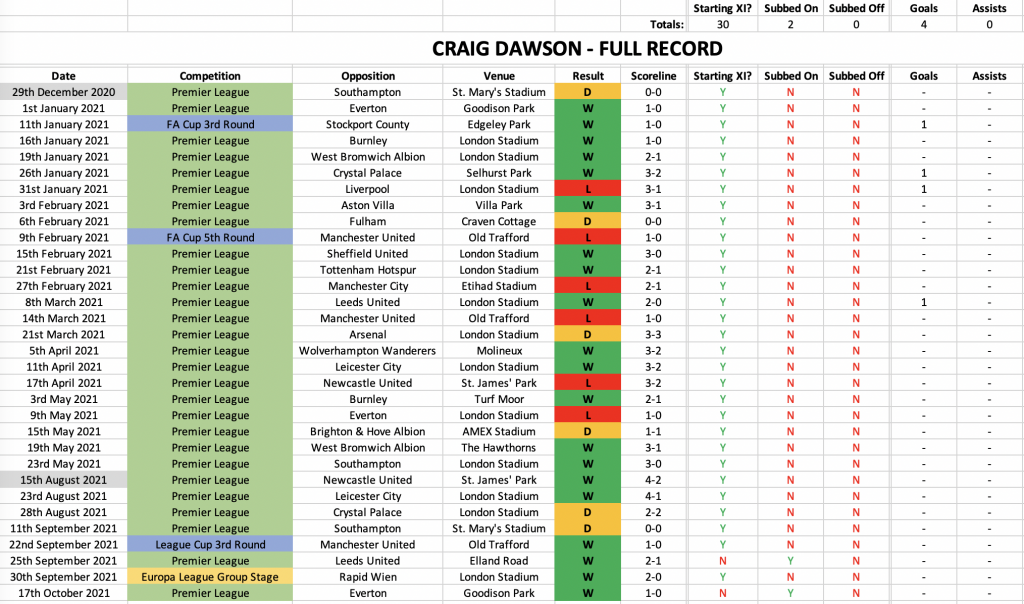 That’s some record for a player who many had written off before he’d even kicked a ball for the club and is now just a backup option to the first team.