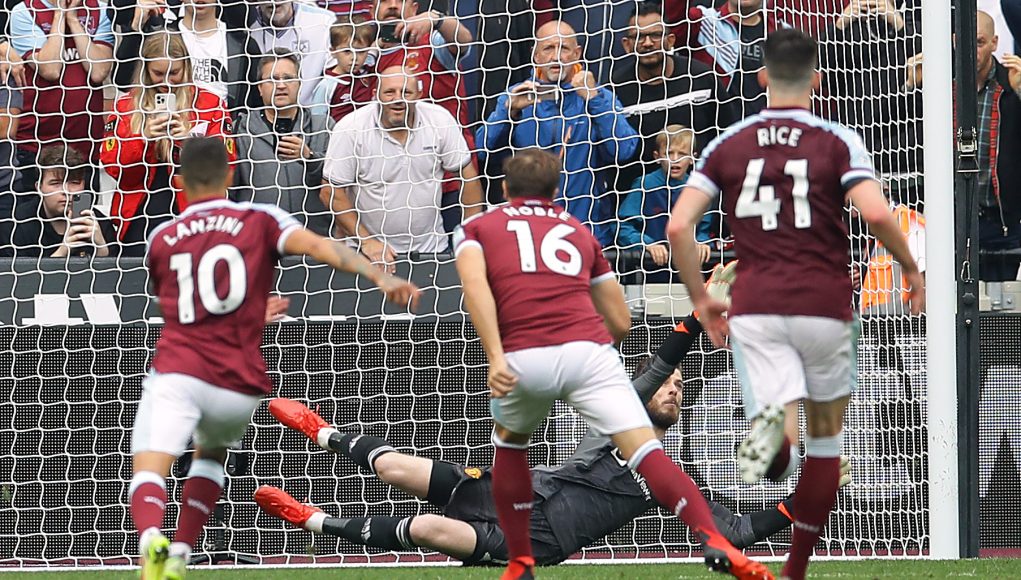 West Ham’s unbeaten start to the 2021/2022 season came to a dramatic end on Sunday afternoon.

David Moyes’ side put in a quality display against Manchester United at Old Trafford, taking the lead in the first-half before another Cristiano Ronaldo tap-in and an inevitable Jesse Lingard screamer secured all three points for the visitors in the 89th minute.

But Lingard’s emphatic return to east London wasn’t the big talking point of the day, as David Moyes’ decision to bring on Mark Noble just to take – and miss – a 95th-minute penalty overshadowed all the other big headlines.

Noble is one of the best penalty takers in Europe, so the thought process behind bringing him off the bench to take such a high-pressured kick in a game West Ham had fully deserved to take something from wasn’t out of the ordinary. But the consequences should’ve still been fresh in the memory after Gareth Southgate did the exact same thing ahead of the Euro 2020 final penalty shoot-out against Italy.

Both Southgate and Moyes got it completely wrong. Noble duly stepped up and missed, handing David De Gea his first penalty save since 2016 and ensuring West Ham unfairly came away from the game with absolutely nothing to show for their performance.

That stole the headlines, and rightly so, but we also witnessed Cristiano Ronaldo try and fail on several occasions to buy himself his own penalty and, more importantly, Moyes’ side showed just how good they are, even without key man Michail Antonio leading the line.

But, of course, it was Man United fans who were happier after the game, and here’s how some of them reacted to the game on Man United forum RedCafe.net…

“When De Gea saved that penalty he should have walked over to Noble, picked him up and carried him off the pitch.” – djembatheking, RedCafe

“We got away with one there. Not a convincing performance and at least one of Ronaldo’s ‘penalties’ was a penalty. DeGea wiped that smug grin off Moyes mush. Three points move on.” – Offsideagain, RedCafe

“Very classy from Lingard not to celebrate. What a goal that was.” – DRJosh, RedCafe

“People letting the euphoria of the dramatic ending cloud the judgment on how lacklustre we were against a West Ham team without their best player. See the bigger picture!” – Ranchero, RedCafe

“HAHAHA. Moyes not learning from Southgate’s terrible decision in the final this summer. Throwing on an ice cold player to take a pen. Idiotic.” – Bastian, RedCafe 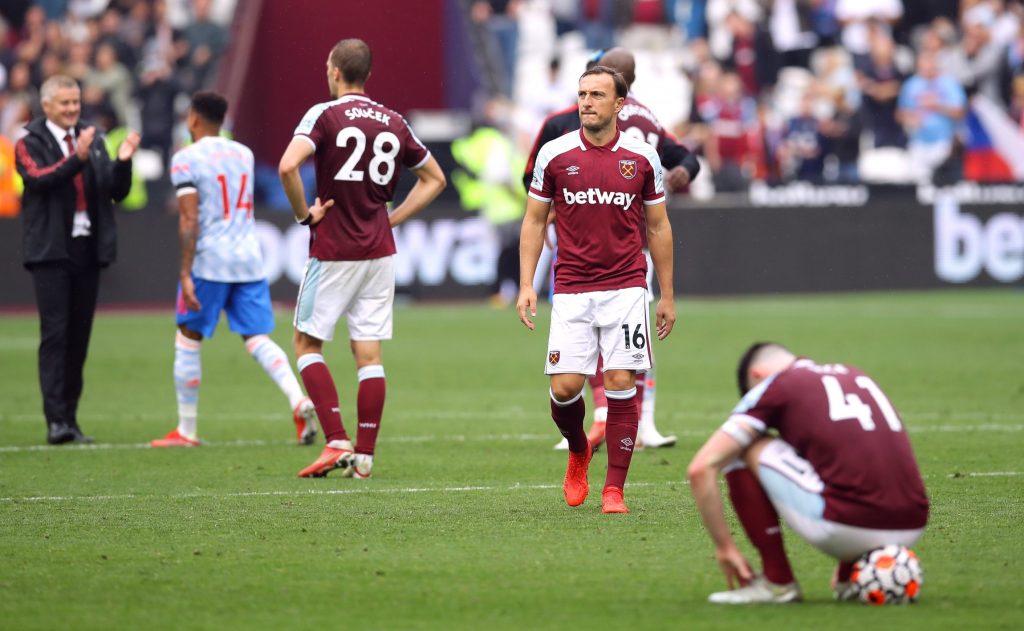 “We got away with nothing. Ole got the tactics right, the subs were spot on (two of them literally won the game) and we were clearly the better team.” – Halftrack, RedCafe

“A lot of debate about the performance. Yes we had lots of possession and kept them pinned back but we didn’t score when we were dominant. It was all too slow and sideways. Scousers or City would have been 3 up by halftime. We jogged through the first half. Atkinson is such an ABU. Now we know if a player is two yards from the ball and the ball is passed onto his arm, it’s a penalty. Bet it won’t be if it was us doing the passing. Zouma trod on Pogba’s foot and we got nothing, AWB was sent off in the week for that.” – Offsideagain, RedCafe