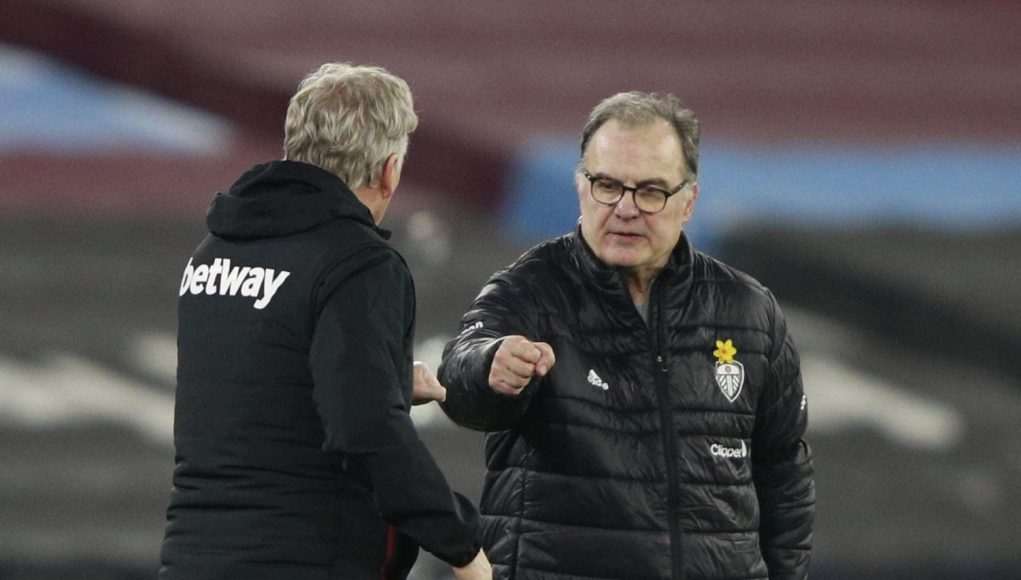 West Ham travel to Elland Road on Saturday afternoon as David Moyes’ side look to continue their impressive start to the new season.

Had it not been for Mark Noble’s 95th penalty miss against Manchester United last Sunday, the Hammers would be heading into this weekend on a run of 10 matches unbeaten in all competitions.

But they do go into this clash high in confidence after winning 1-0 at Old Trafford in the Carabao Cup on Wednesday night.

Leeds, however, are yet to record their first Premier League win of the season, having drawn three of their opening five games.

A series of injuries to key players has scupped Marcelo Bielsa’s side’s chances of picking up where they left off last season, as they finished 9th in their first season back in the Premier League.

Leeds caught many teams by surprise last term with their high-tensity and high-pressing style of football, but that hasn’t been on show as much so far this term.

And sports journalist and Leeds United fan, Kieran Benn, said on this week’s We Are West Ham Podcast episode that while they’ve struggled to replicate the success of that style of play thus far, he still expects his team to stay true to Bielsa’s tactics and give the Hammers some problems on Saturday, although he does worry about the visit of Moyes’ side.

He told the We Are West Ham Podcast: “I’d be lying if I said I wasn’t worried a little bit because West Ham obviously proved last season that you guys have got a bit about you and it’s not exactly gone away.

“What you can expect from Leeds is the as we always do. You can expect high-pressing football, trying to break you down on the counterattack.

“The set-pieces you get, which you beat us with last season at Elland Road, we’re going to try and counter on those, and you’re going to experience a game where we’ll try and have the majority of possession and break you down in the same style every single time.

“It’s hard to say this season because we haven’t looked like the Leeds United of last season, that’s what’s obviously a little bit scary and a bit disappointing but there has been glimpses of it and I think, against West Ham, after five games and not getting a win yet, I don’t think the players are just going to roll over and let you play your own game.

“I think, in front of the fans, they’re going to give a big performance. It’s hard to say which way it will go but, those two games last season against West Ham, it wasn’t particularly going our way in either of them.

“So you’re going to expect a fight but it’s hard to say which way it’s going to go.”