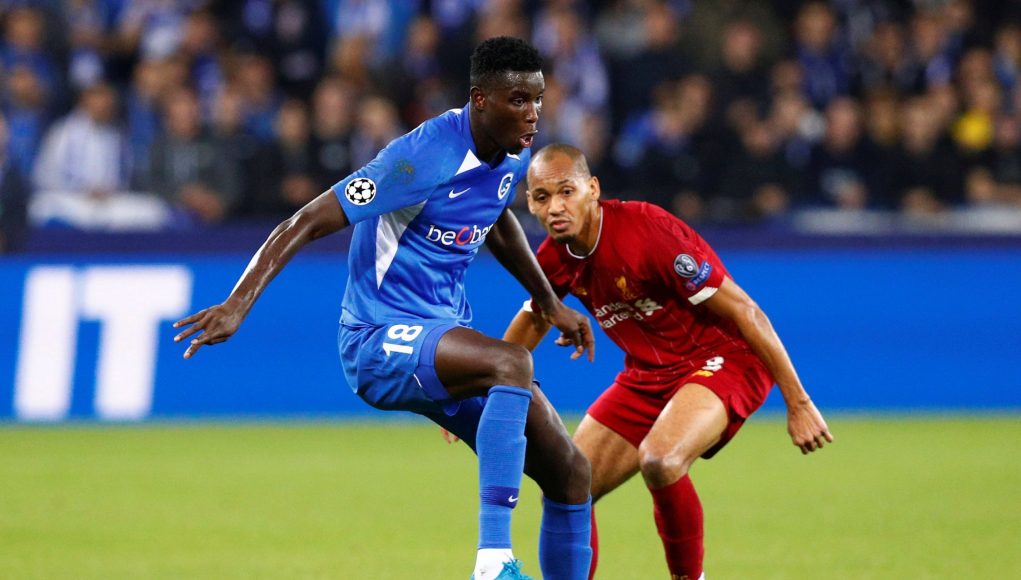 David Moyes is eager to add another striker to his roster this summer to ensure Michail Antonio isn’t tasked with taking all the responsibility of leading the line in 2021/22.

It was previously claimed by Allnigeriasoccer.com that David Moyes had given the club the green light to make an official move for the 27-year-old, although nothing has yet materialised in the form of a bid.

But the latest report from Voetbal Primeur suggests West Ham remain the ‘main candidate’ for Onuachu’s signature, with his departure from the Belgian outfit ‘written in the stars’ this summer.

However, it’s also reported that Genk are looking for a club-record fee for their top striker, who scored 29 goals in 33 league appearances last term.

Genk are no strangers to receiving club-record fees for their players from English clubs, with three of their last four record-breaking departures involving Premier League outfits; Wilfred Ndidi to Leicester for around £16m in 16/17, Leandro Trossard to Brighton for £18m in 19/20 and the most recent being Sheffield United’s £20.7m purchase of Sander Berge in the same summer.

So it appears it will take north of £21m to convince Genk to part ways with Onuachu this summer, which might appear to be a snip if he can continue his superb goalscoring form from last season in the Premier League.

So, if Onuachu is the latest name to be added to this list of former Genk players moving on to realise their full potential, then West Ham might be on the verge of a hugely important capture.