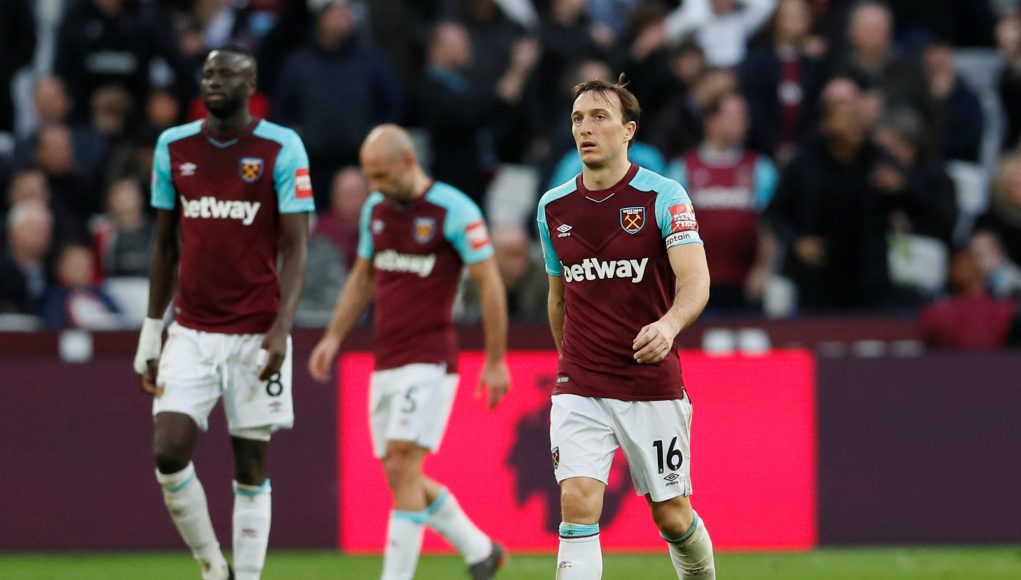 A lot has been said of the events at London Stadium on Saturday and there are lots of different opinions surrounding the consequences of them.

Did the fans’ behaviour and protests have some kind of effect on the final scoreline (not necessarily the final result) or were West Ham destined for defeat anyway? Did the pitch invaders and their actions subsequently lead to Burnley’s second and third goals?

Whatever your opinion of what happened on Saturday, one simple fact remains true throughout: West Ham are now in real danger of relegation, and the Hammers’ remaining five home games of the season will no doubt decide what division they’ll be playing in come August.

Southampton, Stoke, Man City, Man United and Everton all visit Stratford before the season is up and on paper, there’s at least two wins in there. The next two are against direct relegation rivals, both of whom are below West Ham in the table, and they are arguably the most winnable.

The others, potentially even including Everton, are what we would normally call bonus fixtures. If West Ham are to go in to that final game of the season against the Toffees with their Premier League status secured, then beating Southampton and Stoke is absolutely vital. 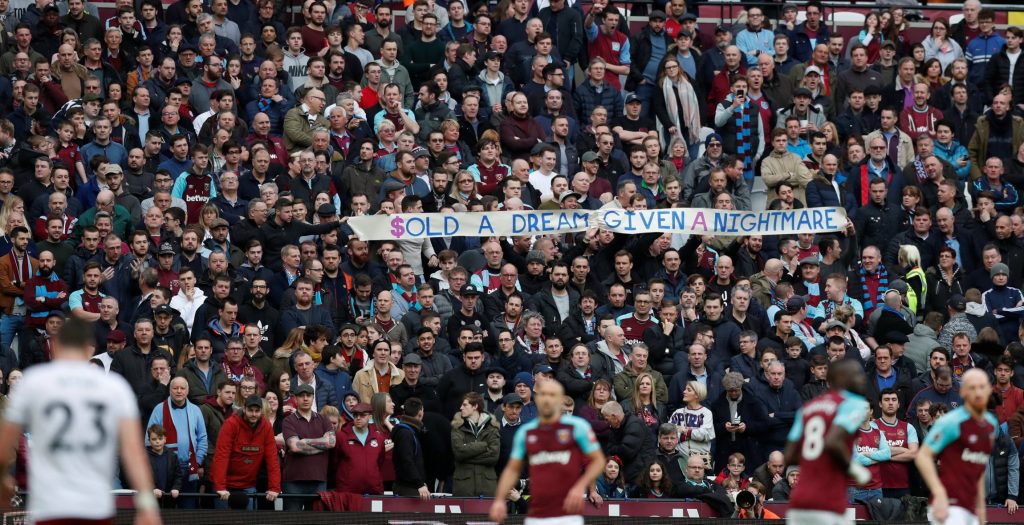 As things stand, all the best betting sites have the Hammers down at around 2/1 to be relegated come May and you would be mad to bet on them to stay up if you were to consider the last three performances.

While form absolutely has to improve, West Ham will also need home fans 100% behind them in these games, too. There haven’t been many games at London Stadium where the fans have been able to create an electric atmosphere – the wins over Chelsea and Tottenham last season are the only ones that really stand out – but that’s what fans need to do for the remainder of the season.

So far, West Ham have played 33 Premier League games at London Stadium since the beginning of last season and they’ve won just 12 of them – that’s a 36.36% win rate in home league fixtures. That won’t inject fans with much confidence heading in to the run in, nor will the fact West Ham are currently averaging 1.3 points per home game at London Stadium. If that rate continues, West Ham will win just 6.5 points from their remaining home fixtures, which would mean they may also need to pick up a positive result away at either Chelsea, Arsenal or Leicester in order to guarantee Premier League survival. Not good.

So these final home games are going to be crucial for West Ham, and Hammers fans need to ensure they are – as always – 100% behind the team for every single minute of every single game. If not, and if we do see a repeat of the events that unfolded at the Burnley game, then West Ham may preparing for the Championship sooner rather than later.

Of course, the players and the manager have to play their part as well, but fans now must be as supportive as ever before.