West Ham start the 2019/20 Premier League campaign by welcoming the champions Manchester City to London Stadium – so how can we expect the Hammers to line-up?

The Hammers faithful are brimming with excitement following the mouth-watering arrivals of attacking talent Sebastien Haller and Pablo Fornals, both impressing in pre-season.

Last season the Hammers faced a difficult start to proceedings, suffering a 4-0 defeat at Anfield and they failed to win the following three encounters, too. This season is arguably a tougher test for the east London club and City will arrive with the intention of winning, and winning well.

Previous clashes with Pep Guardiola’s side at London Stadium will not filll the West Ham fans with much hope and even the most optimistic followers will be fearing the worst. Since the switch to Stratford, City have visited four times and scored at least four goals on each occasion – the aggregate score reads 17-1. 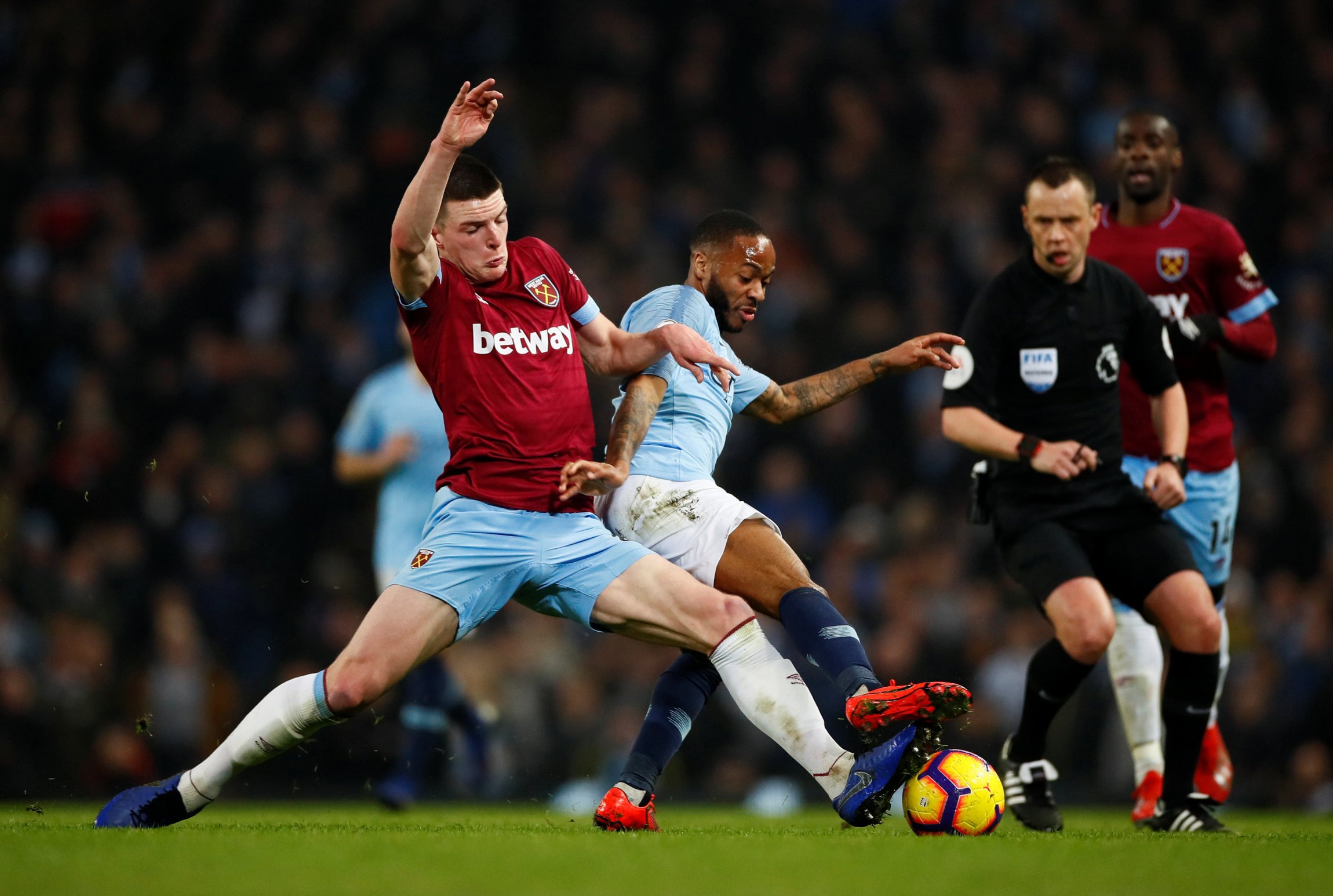 If Pellegrini’s outfit are to inherit any success come August 10, they will have to perform to the highest level and this is the starting XI we can expect the Hammers to deploy:

Poland international Lukasz Fabianski won Hammer of the Year last season and his contribution is unrivalled between the sticks, making him one of the first names on the team sheet.

For the centre-back pairing, both Issa Diop and Fabian Balbuena remain the two leading candidates to start the season and given the lack of competition in that position, it is unlikely to see anything different on August 10. The pair formed an excellent partnership in the 2019/20 campaign and will be hoping to get the ball rolling once again.

Footage of Tottenham trying to score past Issa Diop and Fabian Balbuena pic.twitter.com/SEqE0FyWQy

19-year-old Ben Johnson has thoroughly impressed Pellegrini during pre-season and has emerged as the latest prospect most likely to break onto the first-team scene this year.

He made his Premier League debut last season at Etihad Stadium, but with Ryan Fredericks available, the young full-back is unlikely to start.

The Hammers do not occupy a regular starter at left-back with Aaron Cresswell and Arthur Masuaku interchanging throughout the season. However, the latter has recently penned down a new contract keeping him at London Stadium until 2024 and we can expect Pellegrini to reward him with the starting spot.

When it comes to defensive midfield, the name is pretty much carved in for every game. Declan Rice has established himself as the first-choice holding midfielder under Pellegrini and he is a cert to start against City.

The two central midfield options in front of Rice is where it gets harder to predict. Jack Wilshere has been the best player in a claret and blue shirt throughout pre-season thus far and keeping him out of the starting XI is very unlikely. 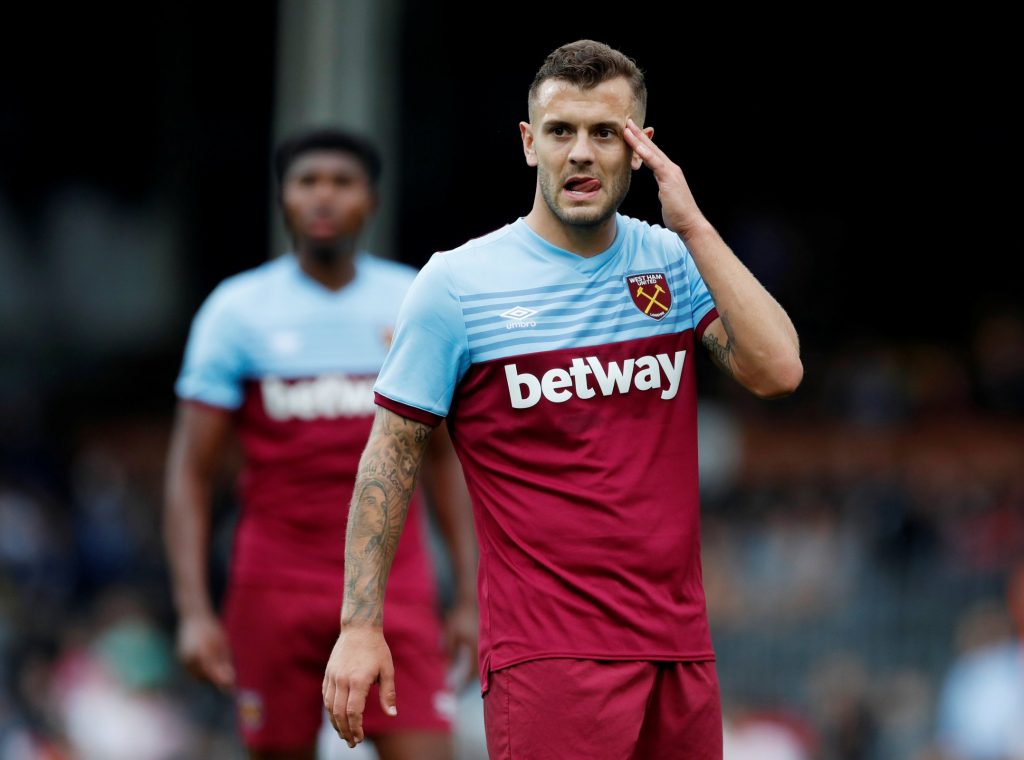 Summer signing Pablo Fornals has been eye-catching himself but I expect him to drop to the bench in such a tough challenge.

The left-wing position has been established by Brazilian Felipe Anderson and we can expect to see his flair on Saturday. In recent pre-season encounters, the other side of midfield has been difficult to predict, though.

Pellegrini has opted to use Anderson on the right side of midfield and Lanzini on the left to utilise Wilshere and Fornals in the middle, but the attacking threat of City will make the Chilean hesitant in doing so again.

Michail Antonio has been used as a centre-forward in pre-season but I expect him to return to his natural right-wing position against the Premier League champions. 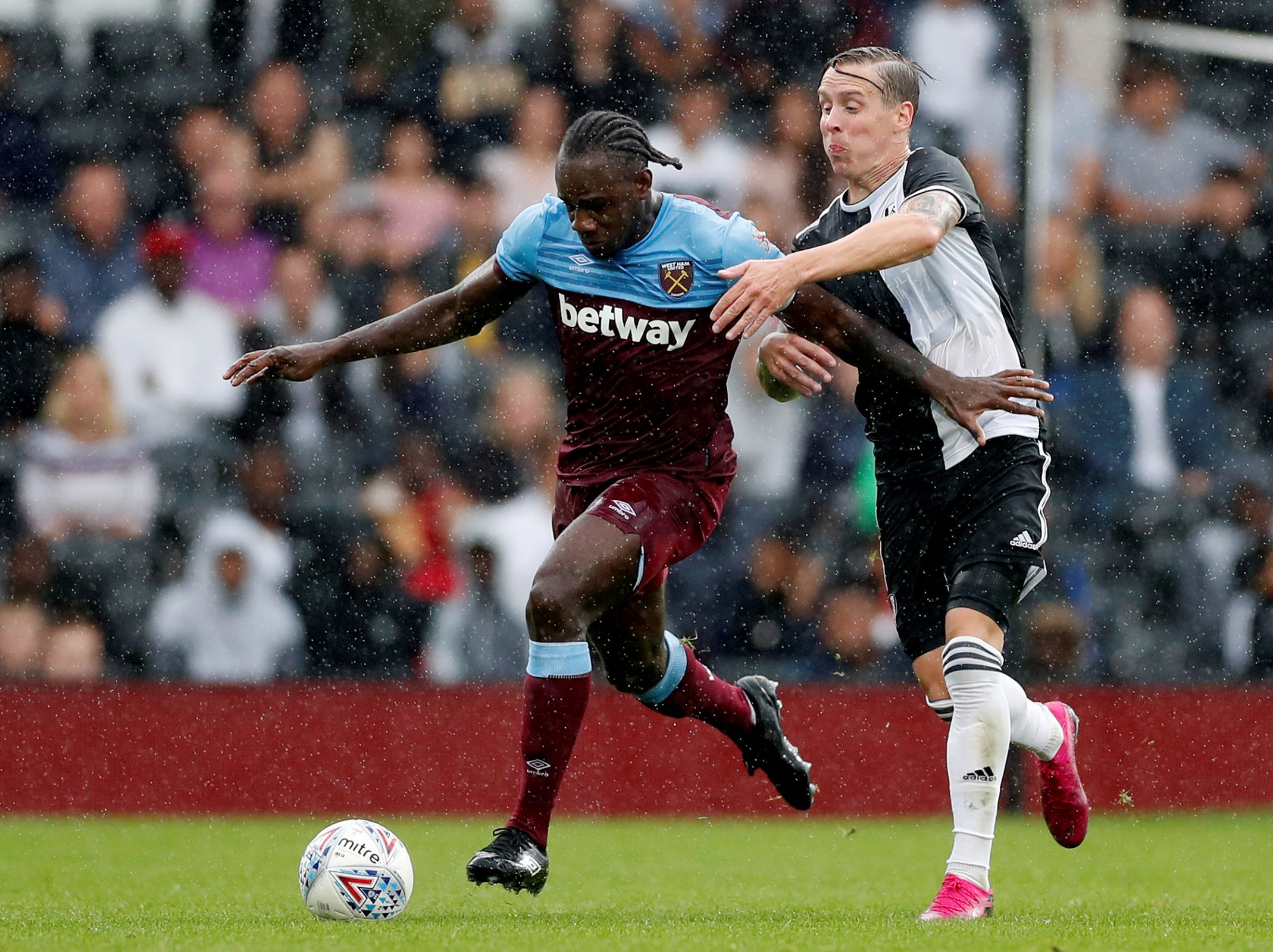 To complete the line-up, centre-forward pretty much picks itself.

Club-record signing Haller will lead the line for the Hammers and look to give the West Ham faithful something to cheer about in their first Premier League encounter of the 2019/20 campaign. 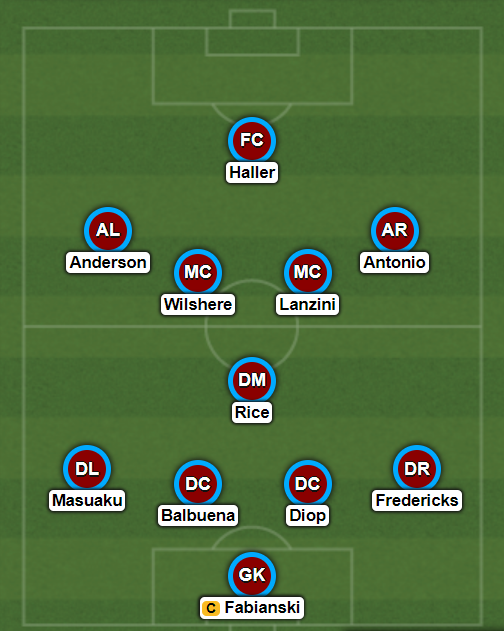