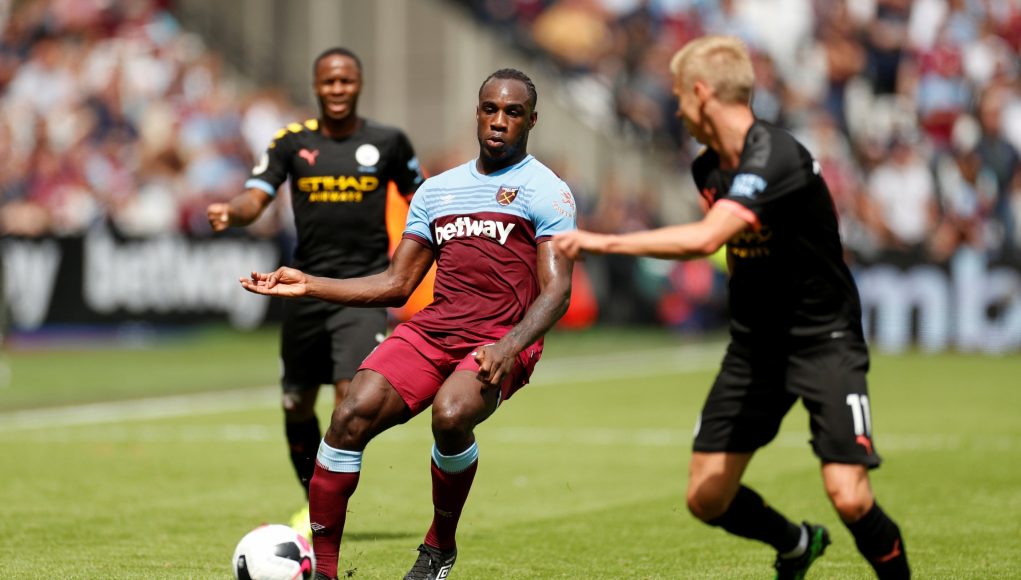 West Ham started their 2019/20 Premier League campaign with a humiliating 5-0 defeat to Manchester City, but it’s not all doom and gloom just yet.

The Hammers matched the Premier League champions for large portions of the first-half and Manuel Pellegrini’s side were only trailing courtesy of Gabriel Jesus’ strike.

However, a second-half masterclass from City tore the Irons apart and Raheem Sterling scored a hat-trick to continue his excellent goal-scoring habits from last season while Sergio Aguero converted from the spot.

Pep Guardiola’s side have now visited London Stadium five times, scoring 22 goals and conceding just once. The emphatic display of one of the best teams in the world was too much for West Ham to handle – but there were positives for the Hammers to take: 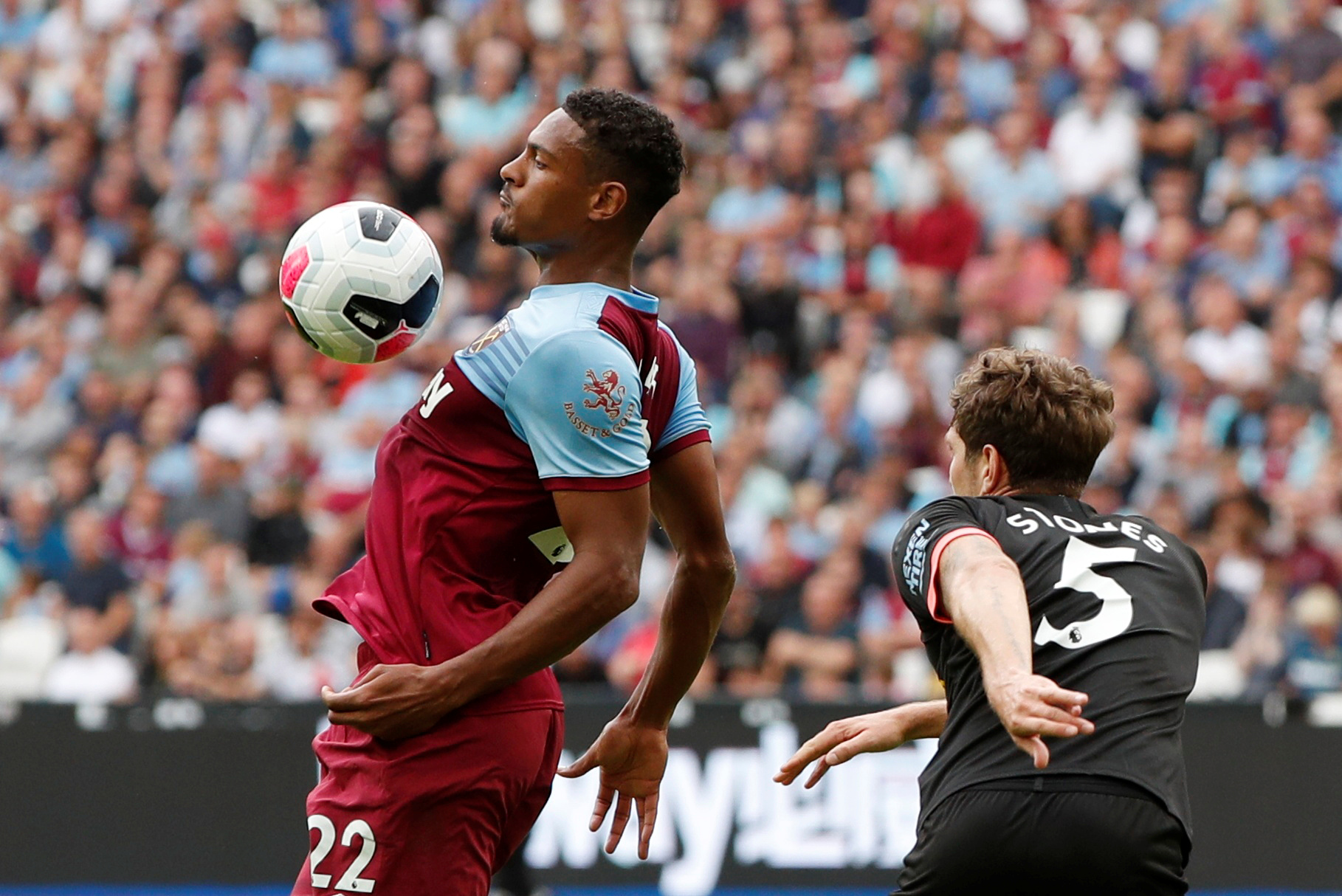 Record signing Haller was a bright spark in the first 45 minutes; his link-up play was excellent, completing 100% of his 18 passes.

The 25-year-old gave City’s back-line something to worry about but a lack of creative end product from West Ham’s midfield options prevented Haller from imposing a presence in the box.

A match against the champions was always a tough task and Haller proved that he can lead the line for Pellegrini – against easier opposition, the France striker will certainly display his prolific qualities in front of goal.

Focusing on the first 45 minutes of the exchange, the Irons were slick with their passing and exhibited improved levels of confidence despite the quality of the opposition.

The Hammers made 405 passes throughout the course of 90 minutes, achieving an 81% success rate. The likes of Jack Wilshere, Manuel Lanzini and Felipe Anderson demonstrated glimpses – especially in the first half – of the link-up play they can produce. The movement and interchanging positions across the front three was encouraging to see and will be a success against most teams this season. 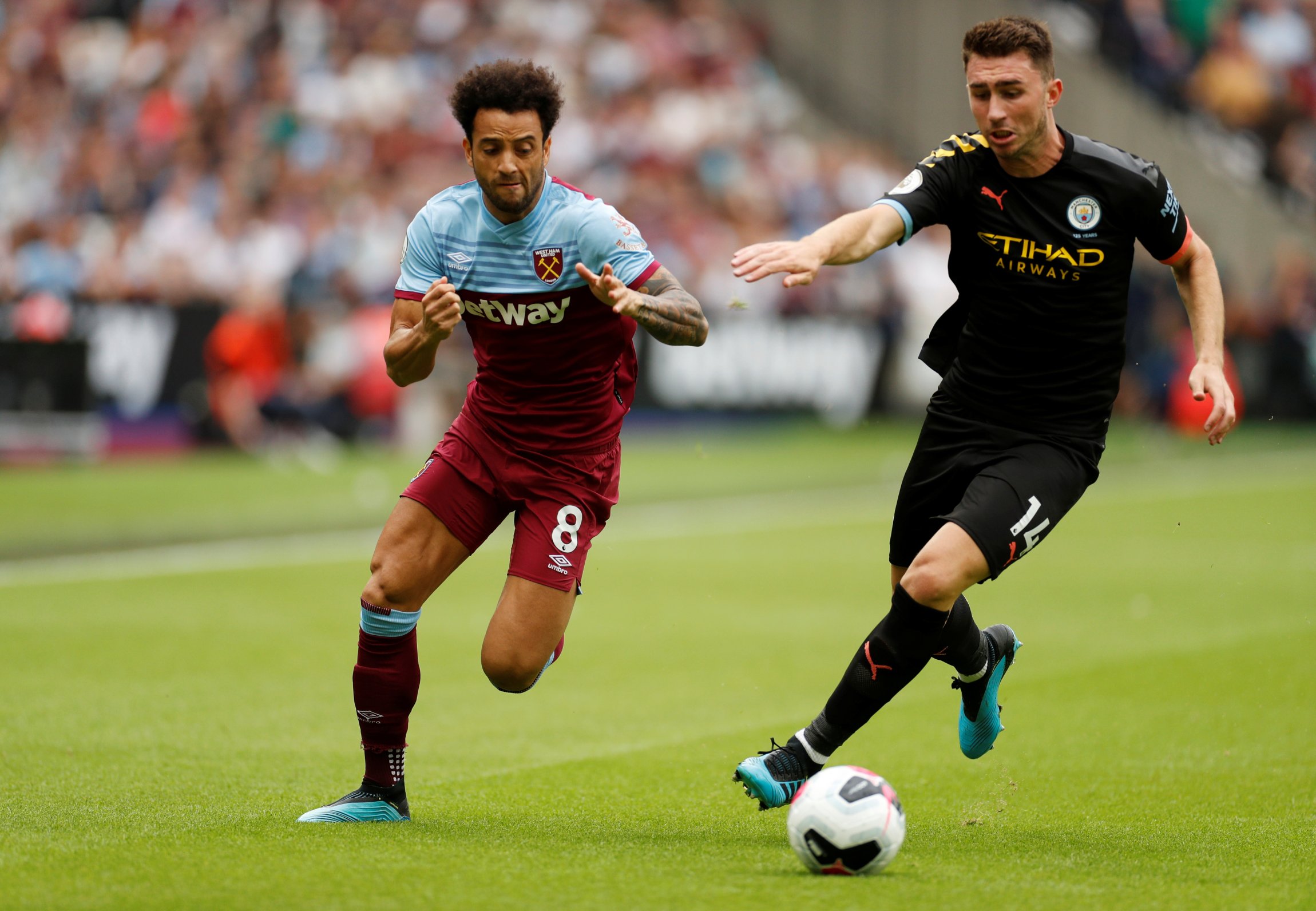 For the opening 20 minutes, I thought West Ham were the better side. City found it difficult to find pockets of space among our defensive line and we looked very solid.

Haller was instrumental to our early competitive nature and his ability to hold the ball was outstanding. The opening exchanges filled me with great confidence for the forthcoming season. For me, I will be taking this scoreline with a pinch of salt and if we can replicate our performances on the first 20 minutes going forwards, we will dispatch of several teams in the league. 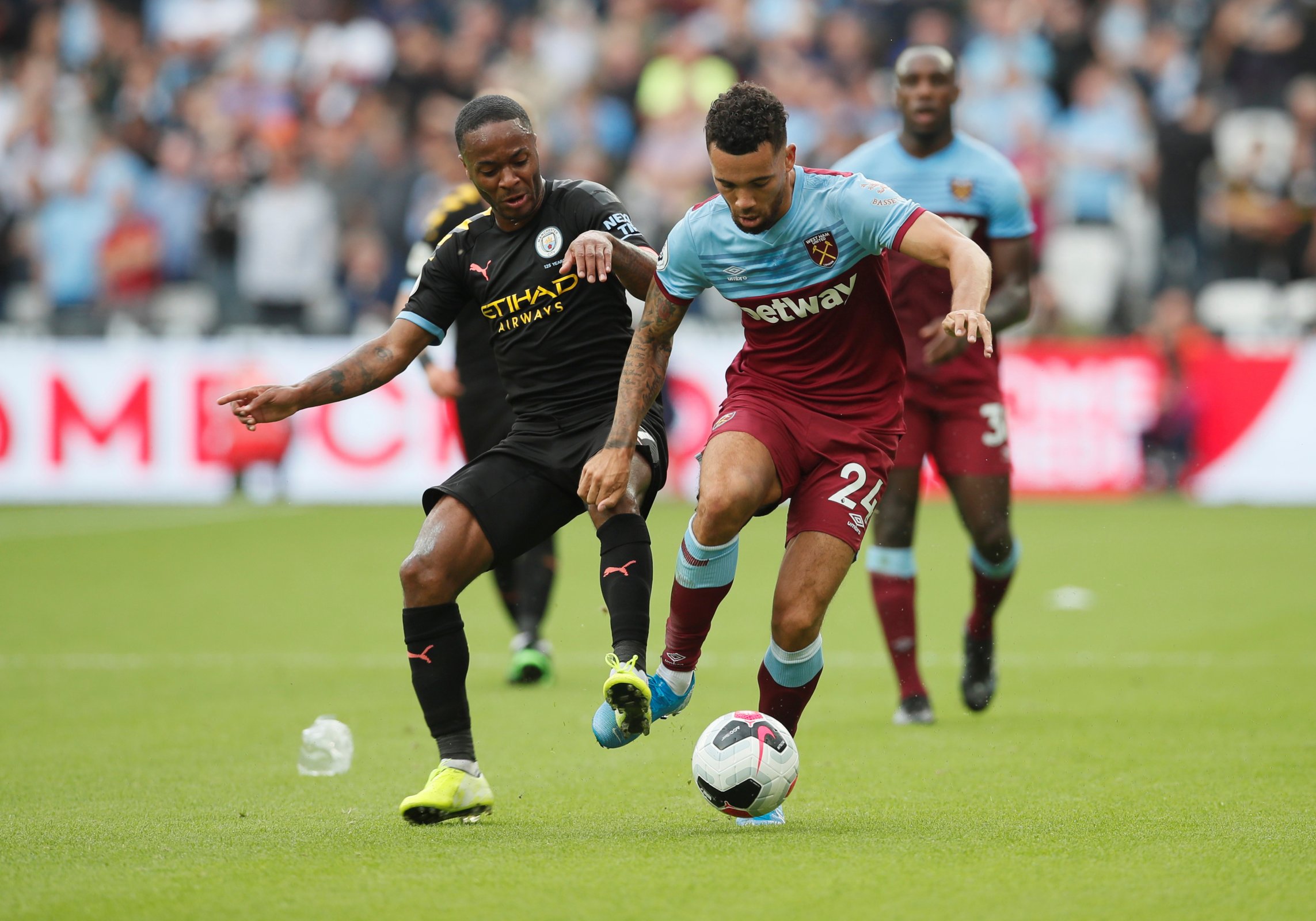 West Ham’s success often came from the transition into wide areas and creating an overload on one side of the pitch. The Hammers found it difficult to create clear-cut opportunities, but that was largely due to a lack of quality in the final third, especially from Aaron Cresswell and Ryan Fredericks.

Both aforementioned full-backs were occupying great positions when West Ham were attacking but their crossing prevented anything dangerous from developing. The Irons attempted 12 crosses throughout the 90-minute period and completed just one successfully (8% completion rate).

Arthur Masuaku will likely return to the fold against Brighton & Hove Albion on Saturday and if he and Fredericks can improve the quality in the final third, the Hammers will cause the Seagulls serious problems.

5. Building up from the back 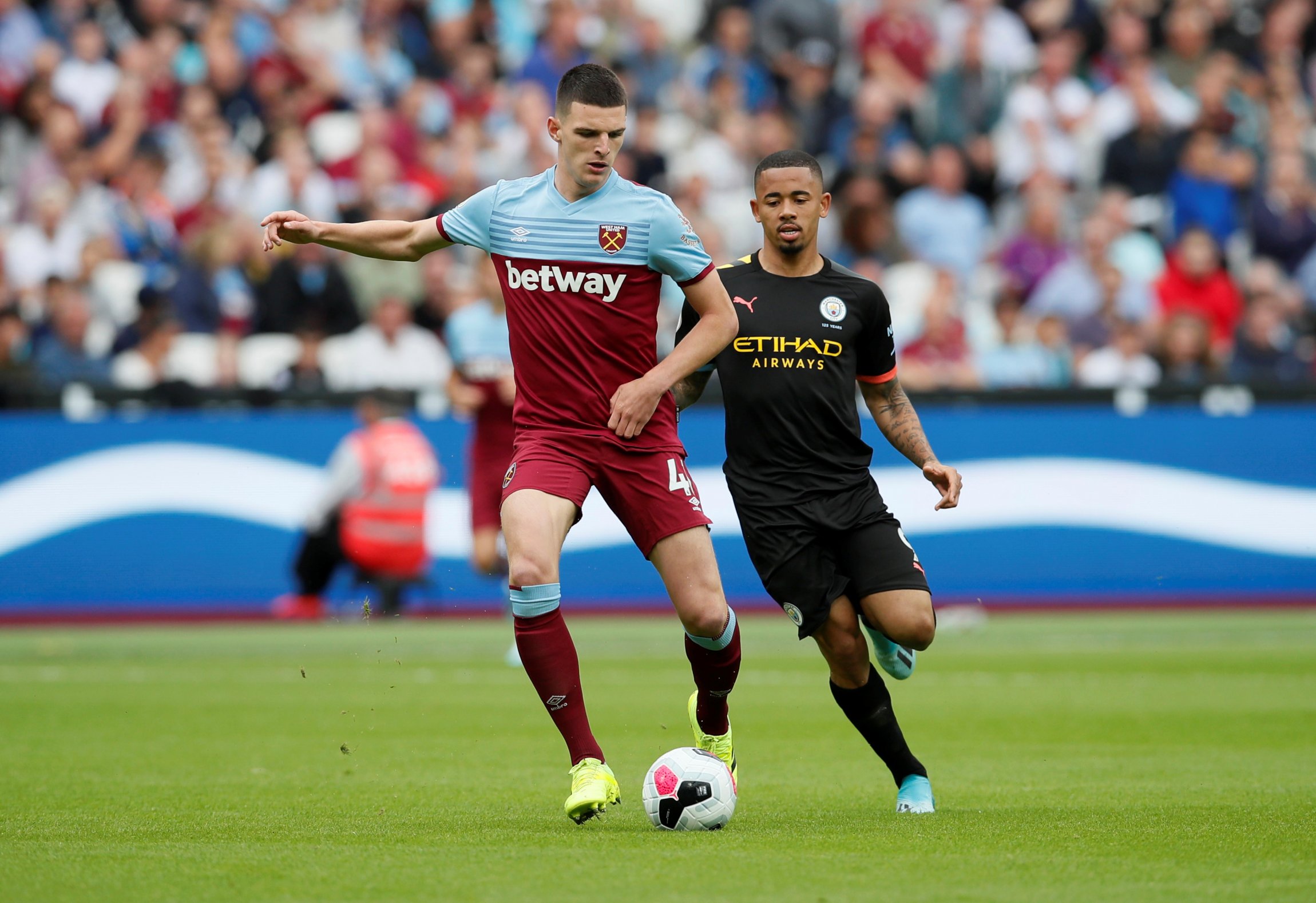 Lofting the ball 50-feet in the air was something of a rarity on Saturday and the Hammers exemplified the way they want to play this season. Pellegrini’s side often played out from the back and built their attacks on the basis of passing through City opposed to long balls over the top.

This worked excellently in the first 45 minutes and Jack Wilshere – who although had an off day – was connecting the defence and the midfield very effectively.

It is clear that, with the technical ability in the squad, the Hammers have adapted their style into a passing-based team and will dominate possession statistics in most matches this season – something West Ham fans are not used to seeing.

Against City last season at London Stadium, West Ham saw 31% of the ball. This time around, that statistic went up to 43% and the improvements were clear to see despite the disheartening scoreline.