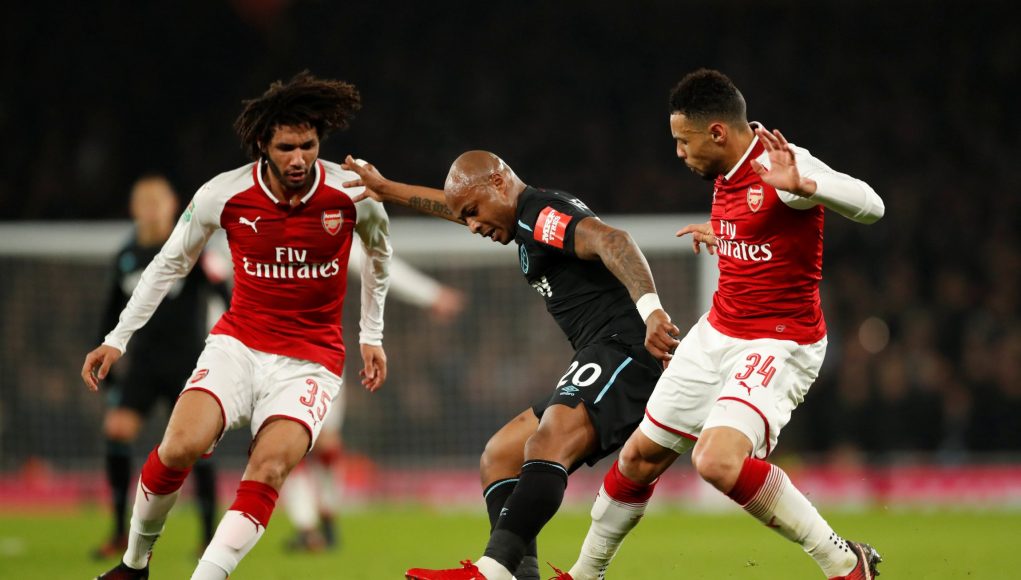 Arsenal midfielder Francis Coquelin, who has been a target for West Ham United this January, is set to join Valencia, according to reports from France.

French media outlet RMC Sport is reporting that Coquelin is ready to snub West Ham’s interest and join Valencia instead because he prefers the La Liga side’s project.

Coquelin has dropped down the pecking order at Arsenal this season with Granit Xhaka, Aaron Ramsey and Jack Wilshere preferred in the midfield roles.

Arsenal were therefore willing to let the 26-year-old leave and West Ham – who are desperately searching for a new central midfielder – were strongly linked with a swoop.

But it now appears that Coquelin has chosen to move to Valencia after agreeing terms on a four and a half year contract with the Spanish club.

The tough tackling defensive midfielder leaves Arsenal having made over 100 Premier League appearances for the club.

The former France under-21 international broke into the first team in 2014 after being on the fringes for a while but he is now set to depart the North London club and move abroad rather than completing a switch to West Ham.