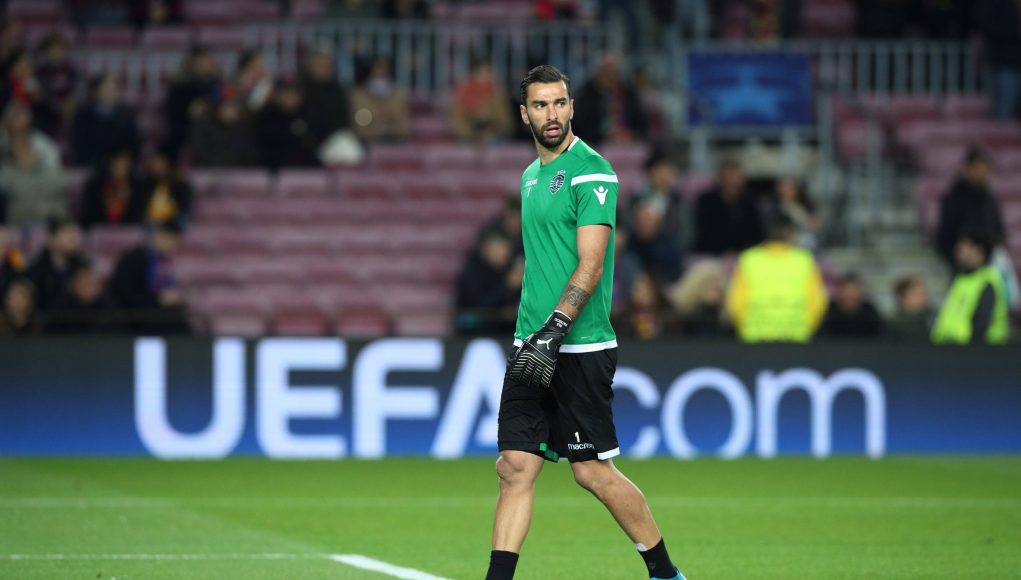 West Ham have a number of issues to fix during the close season and a priority will be their options between the sticks.

Both Joe Hart, on-loan from Manchester City, and Adrian have struggled for consistency this term and a new first-choice stopper is being eyed in the market.

According to reports cited by Sport Witness, this has led the Hammers to eye a move for Sporting Lisbon goalkeeper Rui Patricio – who has a whopping €45m release-clause in his contract.

A mass exodus is expected from the Portuguese side this summer after a remarkable clash between the club’s chairman and the squad, with Patricio amongst those likely to be on the move.

However, West Ham are not alone in their interest for the Portugal international as it’s claimed Arsenal, Crystal Palace, Liverpool and Newcastle are also eyeing a move, while Napoli have also been attributed with an interest.

The report claims Sporting are happy to negotiate a sale for the World Cup hopeful if their valuation of €30m is met, which is a significant sum for the Hammers to match, and it’s not like a new goalkeeper is the only target for David Moyes’ side to chase.

With a new central defender, central midfielder and striker also likely to be on West Ham’s wish-list, we can class this rumour as unlikely for now.