West Ham World
Home Homepage ‘We are behind you’: These West Ham fans have backed up Declan... 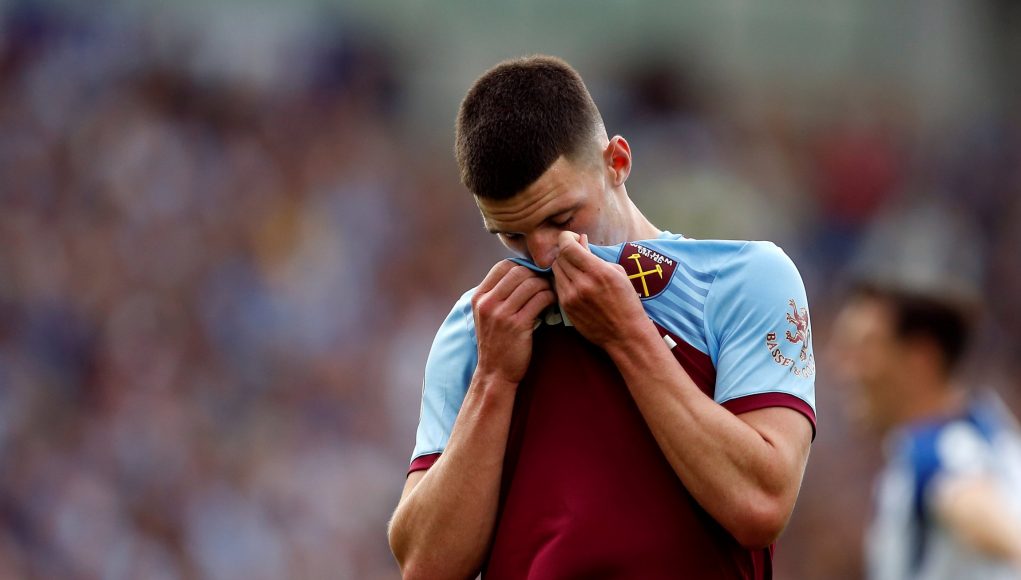 When Declan Rice gave the ball away, starting a move which ended in Kosovo’s second goal of the game against England, there was a bit of a sinking feeling for some West Ham fans.

It wasn’t even directly linked to the mistake itself, as England had already got five goals of their own, but was more about the criticism his Twitter mentions would likely be littered with.

Alas, it flooded in, but what was good to see is the way he responded to one particular post:

We all make mistakes. Part & parcel of the game. I will learn from it & improve https://t.co/BTvdTjq4UB

He showed a cool head that may have alluded some players his senior, to offer a measured reply despite all of his positive contributions in the game being overlooked.

They were a pass completion rate of 91%, 2 ground duels won, 4 clearances, 3 interceptions, 2 tackles and a blocked shot, as per SofaScored, who had him down as England’s fifth-best player on the day.

So the one mistake should certainly not define his performance, as many West Ham fans have seen, deciding to back up the 20-year-old.

Rice has become a very popular figure among the Hammers faithful and it is times like this where it shows.

Now that’s how you take criticism. Few sportsman out there should take stock. Still only 20 mate. Plenty of time to improve. Not many 20year olds playing your position in the top leagues let alone at international.

Your only human m8 just crack on doing what your doing

We are behind you Dec all the way pal