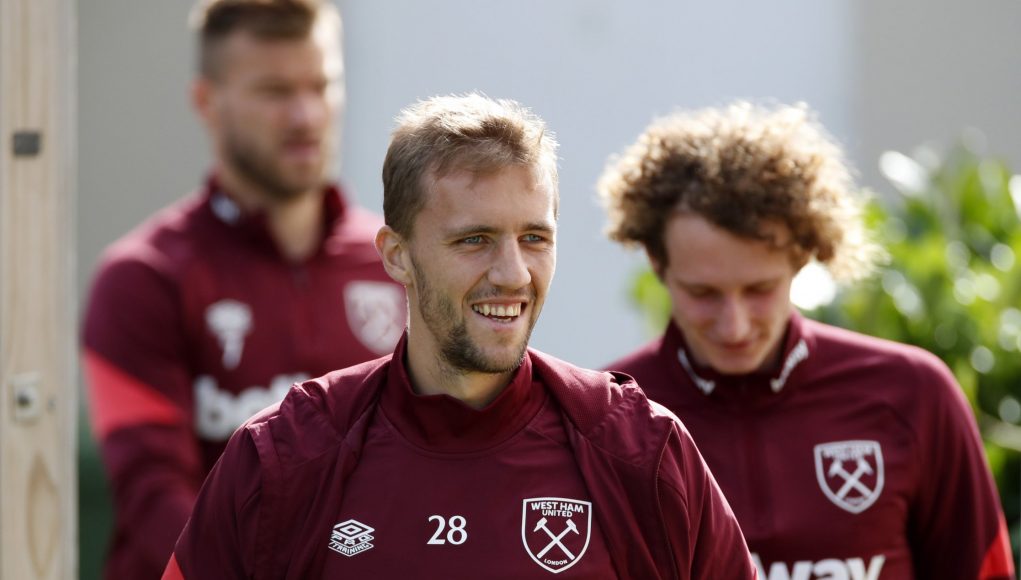 It’s fair to say Tomas Soucek hasn’t been his usual self so far this season.

After netting 10 goals from midfield last season, there was an element of expectation amongst the fanbase that the Czech Republic international would continue such form heading into the 2021/2022 campaign.

But, so far, that hasn’t been the case. After scoring in the emphatic 4-2 opening weekend victory at Newcastle, Soucek has failed to find the scoresheet since, although he did register an assist in the recent 2-1 defeat to Brentford at London Stadium.

The midfielder has, admittedly, been handicapped somewhat by his midfield partner, Declan Rice, being given more licence to get forward this season, which has prevented him from getting forward himself as much as he used to.

However, Soucek’s threat from set-pieces, which was lethal last season, has also declined. The midfielder did have a goal chalked off in the 2-1 victory over Leeds a few weeks ago, but he just hasn’t been as impactful in these situations so far this term.

That has understandably led to some calls for him to be dropped by David Moyes, with some fans citing tiredness as a factor behind his decline in form.

The only game Soucek hasn’t featured in so far this season was the 1-0 Carabao Cup victory at Old Trafford, and he’s started eight of the nine games he’s appeared in this term.

Adding to that, Soucek played 180 minutes of football for Czech Republic during the international break, meaning he hasn’t really had much of a rest for a while now.

Heading into Sunday’s trip to Everton, it wouldn’t be a surprise to see him replaced by either Mark Noble or Alex Kral in Moyes’ starting XI, although no doubt he will want to play and try to repeat his heroics at Goodison Park last season, when he scored a late winner in a 1-0 victory.

But besides all that, Soucek looks happy and relaxed about life at West Ham this season, judging by photos of him smiling at Rush Green this weekend on the Hammers’ official Instagram page…