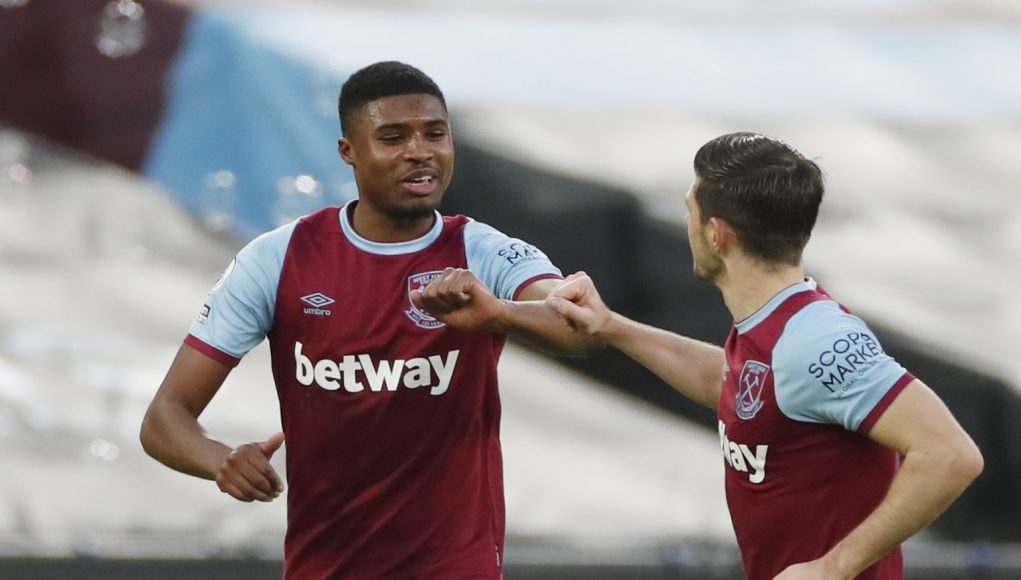 Ben Johnson can be a first-team regular for years to come for West Ham.

As we saw from the final few games of last season, English full-back Ben Johnson showed he has the potential to be a great player for us. The 20-year-old has been at the club since he was seven, and is fast becoming the next youth academy prospect to make an impact since Declan Rice emerged.

After he played brilliantly and grabbed his first goal for the club in a 2-2 draw with Brighton a couple of weeks ago, it was clear to see that West Ham’s famous academy had worked wonders again. And you could see how much it meant to him. Born in London, he has spent the majority of his life with the Hammers and it is finally beginning to pay off.

Thirteen years at the Club ❤️

A moment to remember for Ben Johnson 🙌 pic.twitter.com/43YRqwXwLi

When he started in his first ever Premier League game almost two years ago, he was up against one of the best-attacking teams the Premier League has seen – Manchester City. His first job in a West Ham shirt was a hard task, cancelling out the threat of Riyad Mahrez. However, his maturity and defensive prowess in that game showed glimpses that he could be a future first team regular.

He has the speed and ability to keep up with opponents and is not afraid to put a tackle in. Playing as a defender in the Premier League at 20-years-old is a hard task in itself. If it wasn’t for those two hamstring injuries, he could well be in amongst the starting XI by now.

He began as a winger in his youth days, before slowly converting into a full-back, so Johnson also has those natural attacking instincts and versatility – which adds quality to his game. The role of a full-back is rapidly changing and if he can learn to stay disciplined then he can unlock that tool to impact the team.

Often preffered in the cup, Johnson’s chances have been limited. But there is no doubt a place for him on the team. Each time he has needed to step up, the youngster usually delivers.

With Arthur Masuaku absent with a knee injury, it is now a good time for David Moyes to give Johnson a chance. However, recently he has preferred the back four option with Aaron Cresswell at left-back, rather than in a back five.

With time on his side, Ben Johnson is definitely a star for the future at West Ham. His patience will pay off and his time will come. If he continues to make good on his chances and gain the manager’s trust, we could see him as a first-team regular for years to come for the Hammers.