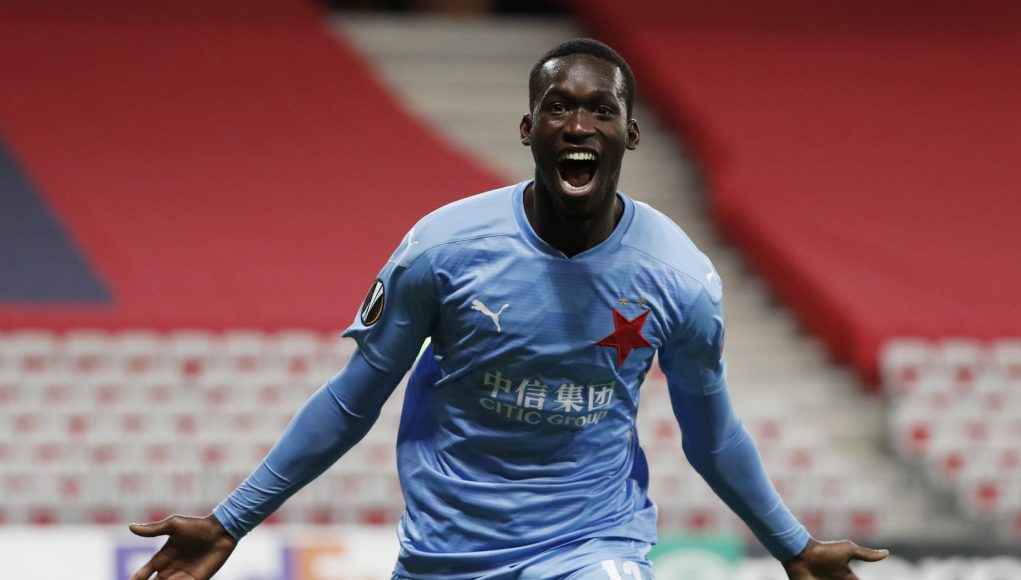 The 19-year-old striker has had a remarkable 2020, which has seen him rise from a French 5th division club to scoring in the Europa league. Since making his debut for Slavia Prague this season, he has scored 10 goals in 14 games for the first team to earn his place on the team sheet.

His fine form has seen him attract interest from a variety of clubs, including West Ham, Arsenal and Manchester United. Although there are reports from Italian news outlet, Calcio Mercato, that he has a £50m price tag – clubs still seem interested in the youngster.

While the Slavia Prague president values him highly, there is most definitely a chance that West Ham can use their strong ‘Czech connections’ with the club to bring that price tag down and entice him to move to East London.

West Ham signed both Tomas Soucek and Vladimir Coufal from Slavia Prague, both of whom have impressed on their arrivals. Soucek – who is West Ham’s top scorer in the league this season with five – reportedly spoke very highly of the Senegalese forward to CT Sport last month.

West Ham are considering another raid on Slavia Prague, this time for Abdallah Sima.

A possible move in January could happen due to the great relationship between the two clubs [@ExWHUemployee] pic.twitter.com/PBqD0WSdI4

If the youngster does end up joining West Ham, he would be a great addition to the squad. Because of Michael Antonio’s injury struggles and Sebastien Haller’s lack of form, we are in need of a striker going into the second half of the season.

Sima is 6ft 2in and is a great aerial threat. On top of that, he is very quick on the ball and evidently is naturally good at finishing, a player that sounds perfect for our style of play. He can help the team grab more goals and continue our run of form.

A large weakness for the Hammers at the moment, is not having that one 15/20 goals a season striker – which is where Sima could impact the team.

For a player of his ability and potential, he will most definitely attract interest from other clubs, however. Top clubs like Arsenal and Man United will be tough to compete with in the transfer market and both have European football to offer over West Ham.

While Sima is showing promises of a bright future, regular playing time will be a necessity if he wants to continue to develop. After only just breaking on to the scene this season, he is yet to prove himself over a long period of time.

Following West Ham’s solid start to the campaign, consistency will be needed to continue this fine run of form. Adding Abdallah Sima to the ranks, and by beating Arsenal and United to his signature, sends a big statement to the rest of the league.

Signing Sima in January will no doubt add the finishing touch to the team as we head into 2021, but Moyes and the board will have to pull out all the stops to make it happen.