West Ham World
Home Homepage Opinion: Nathan Holland has make or break chance to get in the... 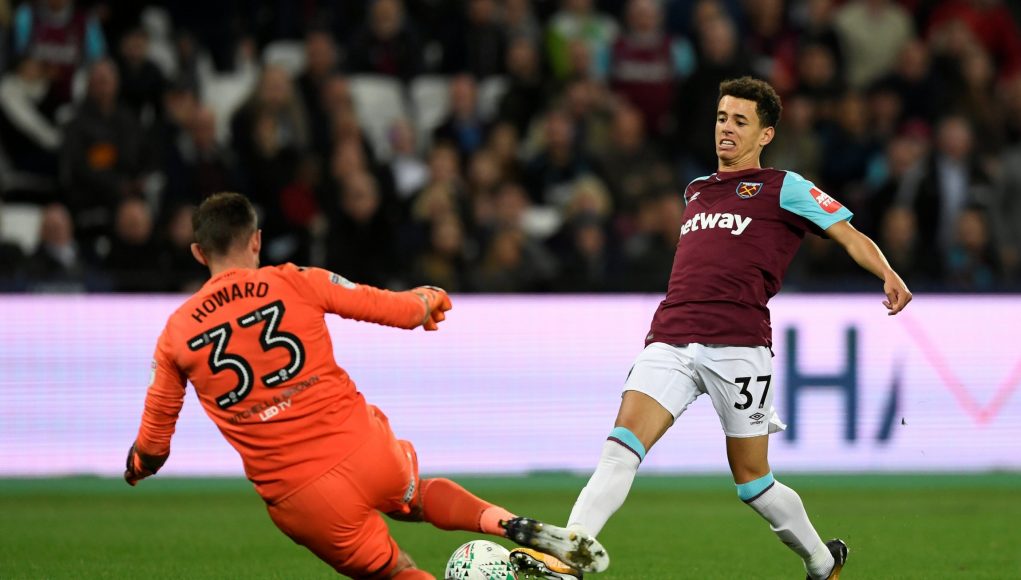 As the transfer window has now passed and the winger stayed put, Nathan Holland has a serious chance of breaking into the first team.

But lets bring this story back to the start. A first-team promotion may be entirely possible because Michail Antonio got injured against Newport County in the Carabao Cup, limiting West Ham’s forward options quite significantly.

The Sun have reported since that Antonio’s hamstring injury could keep him on the sidelines for six weeks and an operation is required.

And with Grady Diangana unable to be recalled from his West Brom loan, the Hammers have Felipe Anderson and Andriy Yarmolenko as their sole wide options.

So this is where Nathan Holland’s name comes into play. The young winger continues to raise eyebrows when playing for the U23’s, as former Hammer Jack Collison most recently raved about his potential.

With four games played in Premier League 2 so far, Holland has scored once and assisted another as West Ham remain unbeaten currently.

The youngster continues to impress and looks more worthy than ever of a shot in the first team.

And with limited options, it seems for Manuel Pellegrini there is no better time to try him either. 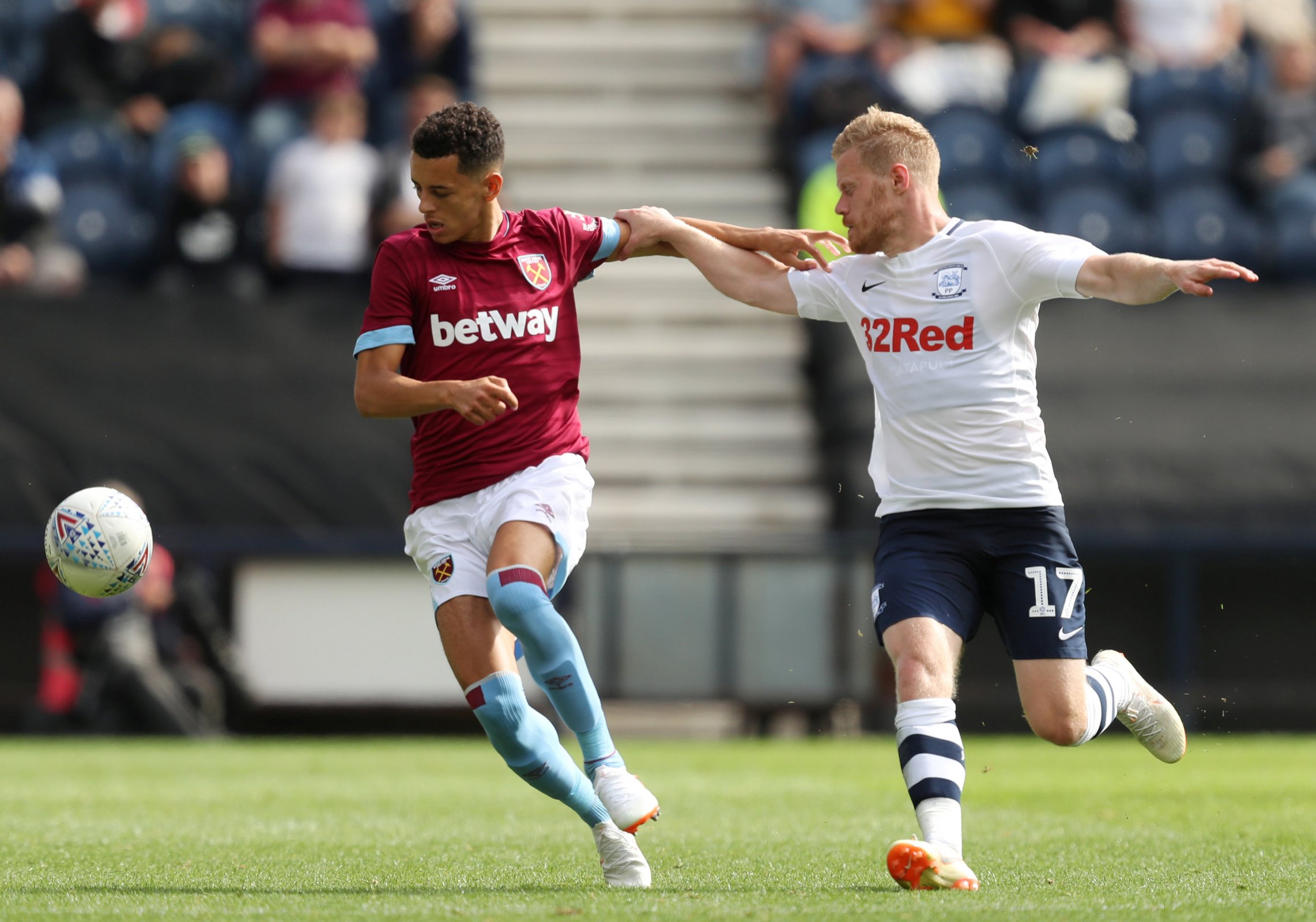 Since being pictured along with four other U23 players in the first team’s squad photo for the season, (Ben Johnson, Joseph Anang, Conor Coventry and Xande Silva) it seems certain that the West Ham boss is at the very least an admirer of the talent Holland possesses and at the right moment, he has to grasp his chance when handed it.

Unfortunately for Nathan Holland in the past, despite being on the cusp of first-team football more than once, injuries have largely disrupted his flow.

He made his first-team debut back in 2017, playing in West Ham’s 3-0 victory over Bolton Wanderers. More recently, he was set to feature in the Hammers 8-0 romp of Macclesfield but as Football.London reported, Holland sustained an injury just before – ruling him out of the contest.

Grady Diangana took his place that night and with two goals, went on to earn himself 17 Premier League appearances last season. 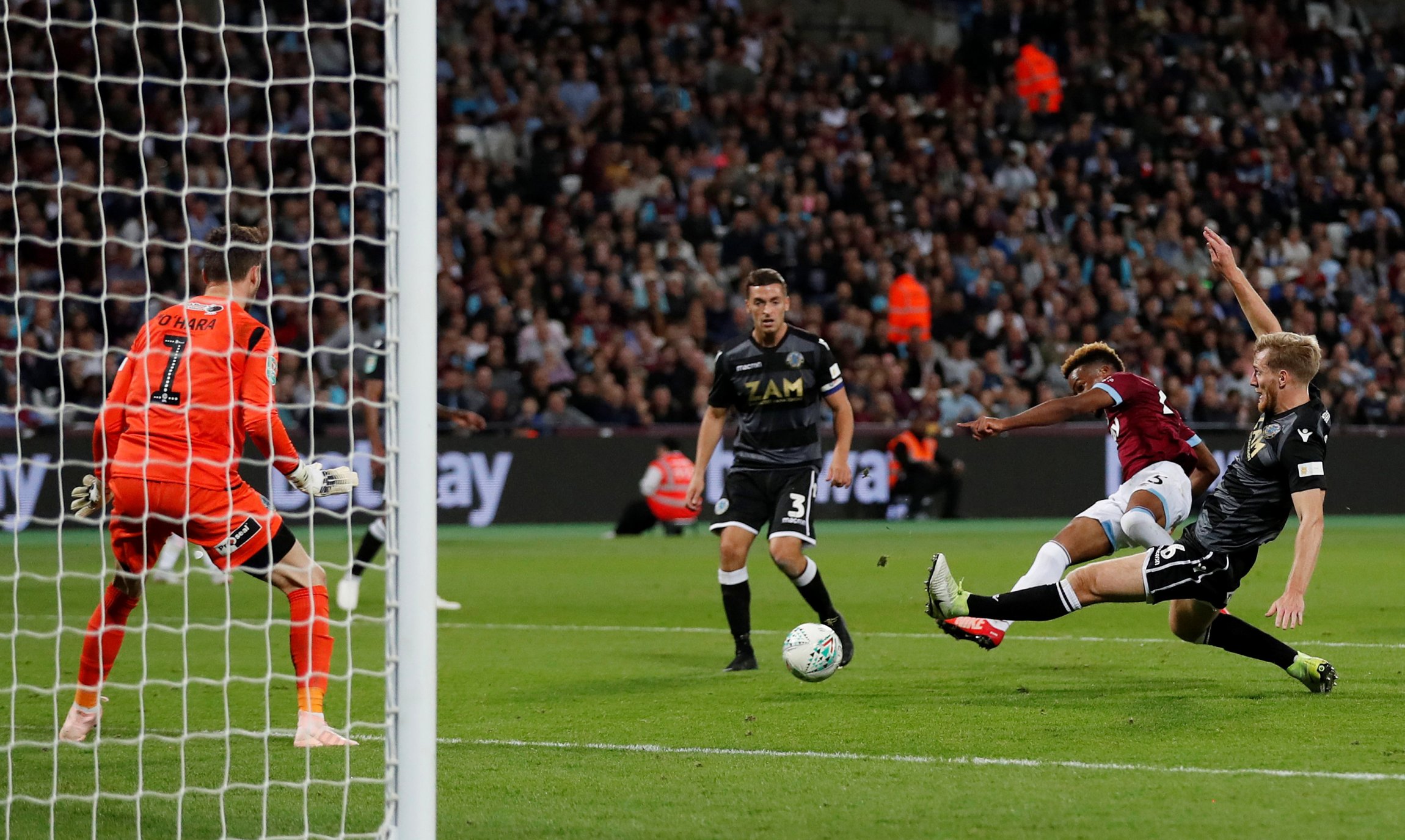 The Carabao Cup Third Round tie against Oxford United is on the horizon and realistically, Holland has to be viewing that game as his golden opportunity.

With just two out-and-out wingers in Felipe Anderson and Andriy Yarmolenko, Pellegrini may turn to Holland in order to rest his senior stars.

And what better chance could he get. Nathan Holland seemingly has all the credentials to be an instant hit with the fans as he works hard and has plenty of talent to show for himself.

Soon could be his big break. Over to you, Nathan.