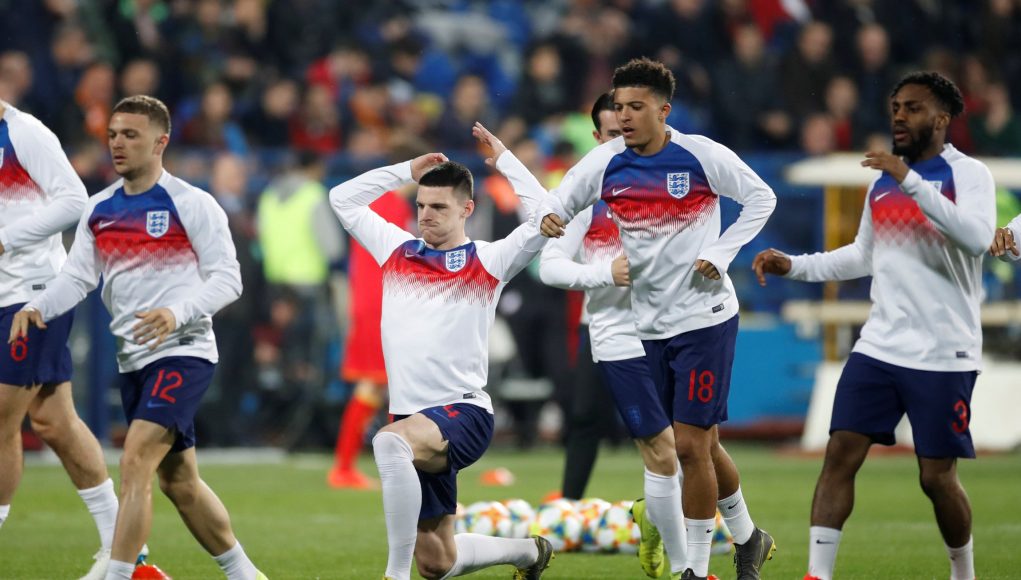 One year ago today, West Ham United youngster Declan Rice made his full international debut, starring in England’s 5-1 away win against Montenegro.

The hosts took a shock lead in the 17th minute courtesy of Marko Vesovic, but that followed goals from Michael Keane, a brace from Ross Barkley, Harry Kane and Raheem Sterling to ensure Rice’s first England start was a winning one.

West Ham’s 21-year-old midfielder endured the full 90 minutes, operating as the sole defensive midfielder in Gareth Southgate’s 4-1-4-1 system and did an excellent job.

Seeing a Hammers player in an England shirt has been something of a rarity in recent years for the claret and blue faithful; Rice inherits all the qualities and capabilities to not only become a Premier League star, but also regularly impress on the international stage.

With the Euro 2020 postponed until next summer, it will give Rice another year of development and we will witness an ever-more talented midfielder and the West Ham faithful were full of praise on social media for the 21-year-old: