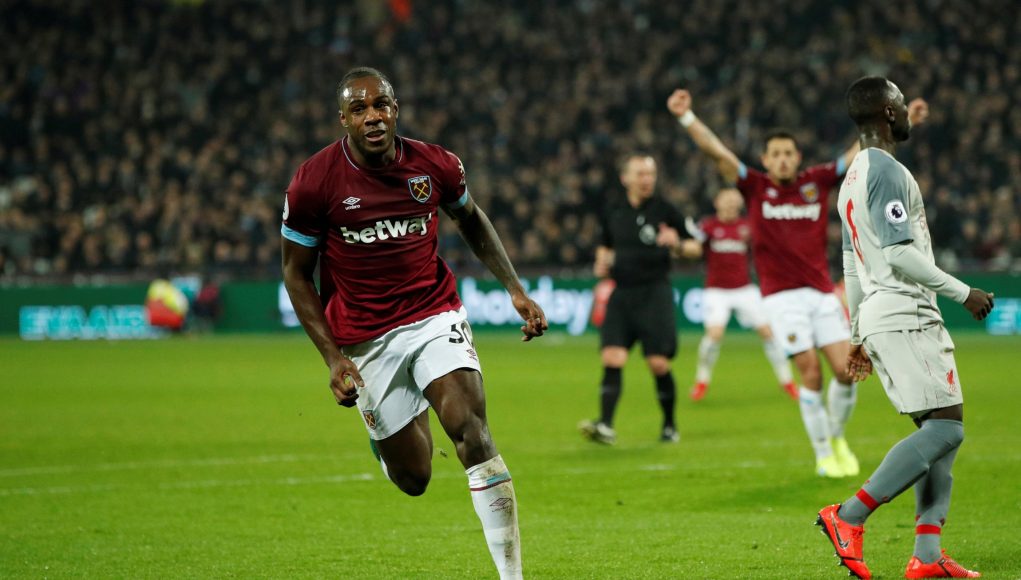 Playing against Liverpool never looked easy. A depleted West Ham facing the rampant, attacking Liverpool looked like a nightmare, with another possible 4-0 thrashing on the cards.

However, we began very strongly, which is always a critical issue in developing momentum and enthusiasm, as well as providing a challenge to the opposition. So let’s have a little look back on a magnificent performance from our inspiring Hammers.

A minute later, Aaron Cresswell launched a left footed shot from outside the box but misses to the right. This game appeared to have all the hallmarks of being a beauty by this point.

The mood at the London Stadium was electric and in the 16th minute, Chicharito surprised everyone by launching a right-footed shot from outside of the box, which was well saved by Liverpool‘s Alisson.

Then disaster struck in the 22nd minute; although clearly offside, Sadio Mane’s left footed shot from the centre of the box beat Lukasz Fabianski to the bottom left. West Ham failed to play to the whistle and paid the price – a good lesson for the aspiring players out there – “keep playing till you hear the referee’s whistle blows” .Was this the first leak in defence, suggesting a quick West Ham capitulation? 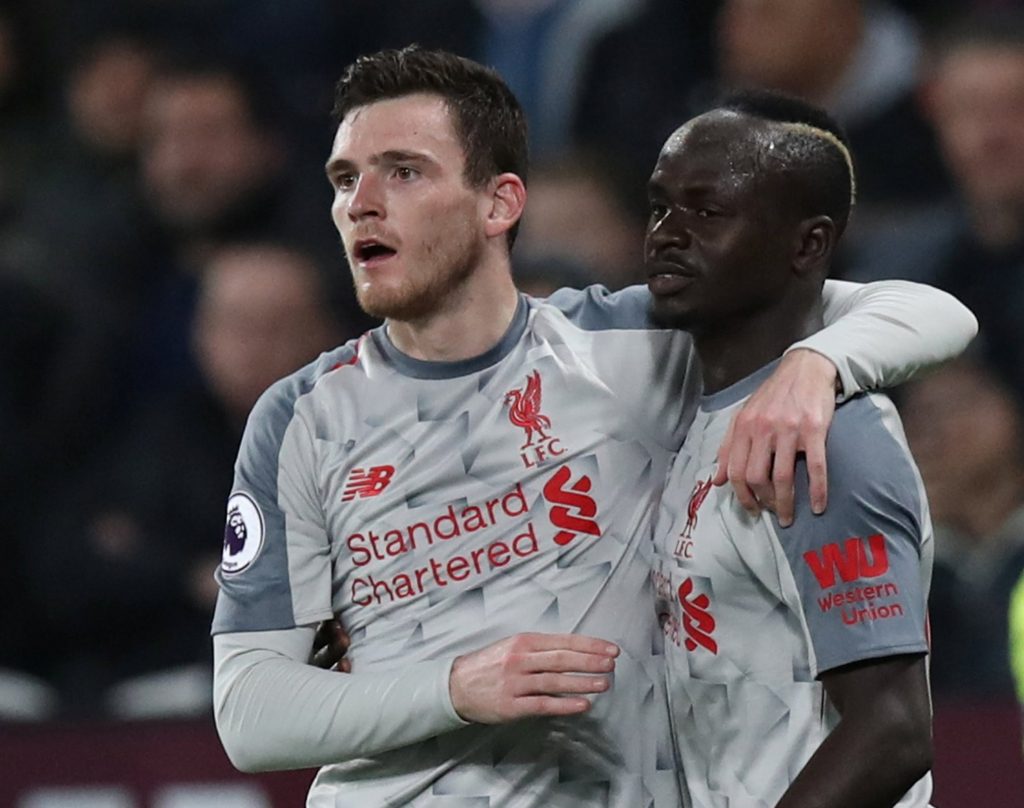 West Ham quickly re-organised, and in the 28th minute a bolt of lightning hit Liverpool. Michail Antonio unleashed a right footed effort from the right side of the box to the bottom left corner, hit with such accuracy that even the great Gordon Banks or the ‘Black cat of the USSR’, Lev Yashin would’ve saved it. 1-1.

For the rest of the half, Liverpool pushed hard to regain the lead, but meanwhile the Hammers looked dangerous on the counter-attack.

In the 38th minute, Chicharito, assisted by Felipe’ Anderson, came close to scoring and in the 41st minute, young Declan Rice missed a sitter, glancing a free header over from just eight yards. Then in the 44th minute, Fabianski make a critical save from a close range Sadio Mane header.

At the half-time whistle we are on even terms with the Premier League leaders. Meanwhile, a very stirred up Jurgen Klopp exploded with a fit of pique, cussing and swearing, while Pellegrini with both arms folded, looked relaxed with a pleasant smile, and exuberance all over his face. 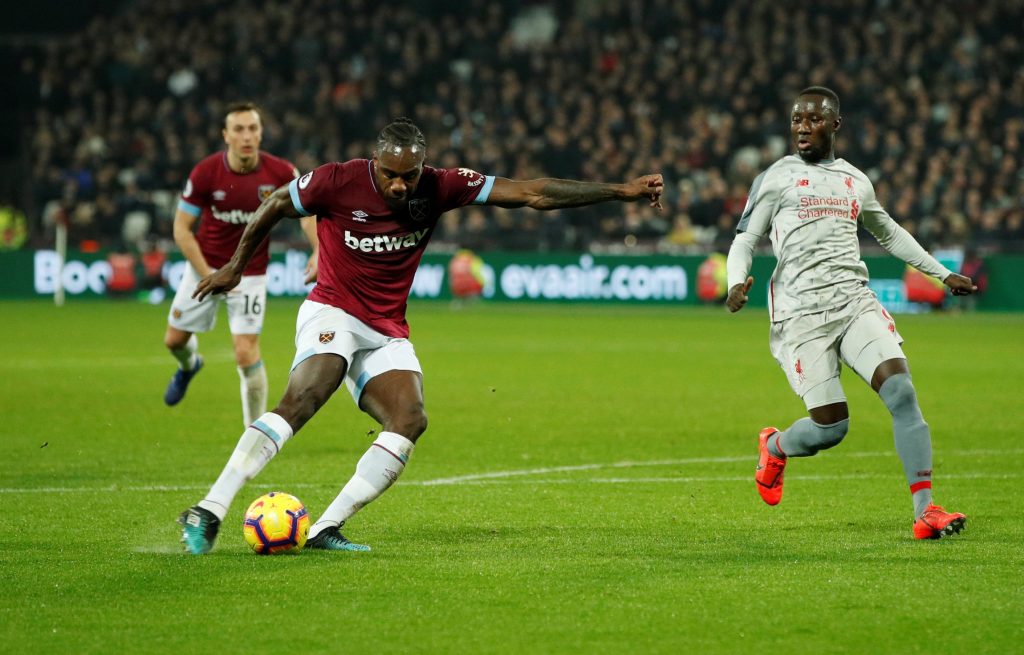 Before describing the evolution of the second half, let’s take a look of what might have have happened in the dressing rooms during the half-time break. I can imagine a tense Liverpool changing room, with a belligerent and angry Jurgen Klopp imploring his players to go all out in attack for the three points, which would be vital in maintaining their position a the top off the Premier League.

By contrast, Manuel Pellegrini may have been congratulating the lads, and telling them “to maintain concentration, and if so, they might be richly rewarded.”

From the resumption, West Ham got into top gear, and within the space of two minutes could have established a 2-1 advantage. In the 47th minute, Felipe Anderson launched a well directed strike outside the box which was well saved by Alisson.

A minute later, a header from Issa Diop from the middle of the box was glanced wide. Several minutes later, a strong left-footed shot outside of the box from Mohamed Salah was saved in a dramatic scene in the centre of the West Ham goal. 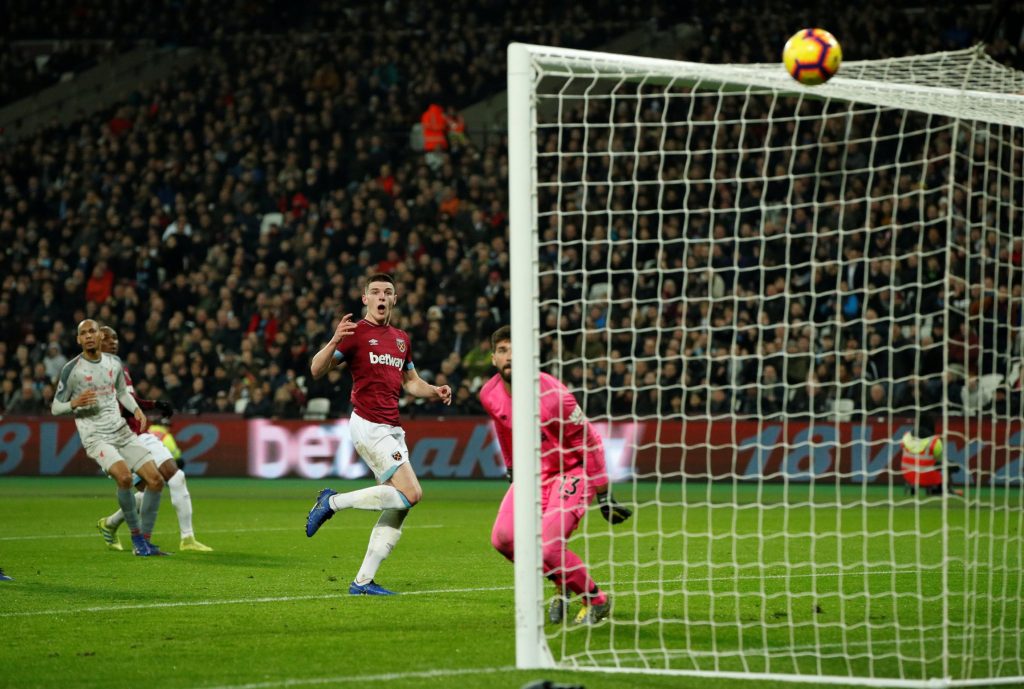 The tension never really dropped, when Aaron Cresswell struck twice with both the left and right foot outside of the box in the 55th minute. One shot too high, the other blocked.

In the 61st minute, Mohamed Salah’s shot was well saved in the bottom left hand corner. After an earlier attempt on goal by Andrew Robertson from outside of the box went too high Chicharito responded with a good strike from the centre of the box, which was blocked.

In the 71st minute, Mark Noble whacked in a decent right-footed drive, which just sailed over the crossbar. Then in the 79th minute Manuel Pellegrini made two astute substitutions, by bringing on Andy Carroll for Chicharito and Pedro Obiang for a tiring Mark Noble.

This was Pellegrini at his brilliant best. By bringing on Carroll, so well reputed as a deadly aerial combatant, Liverpool couldn’t afford to push up too heavily, and by bringing on a fresh pair of legs in the form of Obiang, he solidified the midfield and added another dimension to the attacking unit. We all remember his stunning strike against Tottenham which won the West Ham Goal of the Season award. 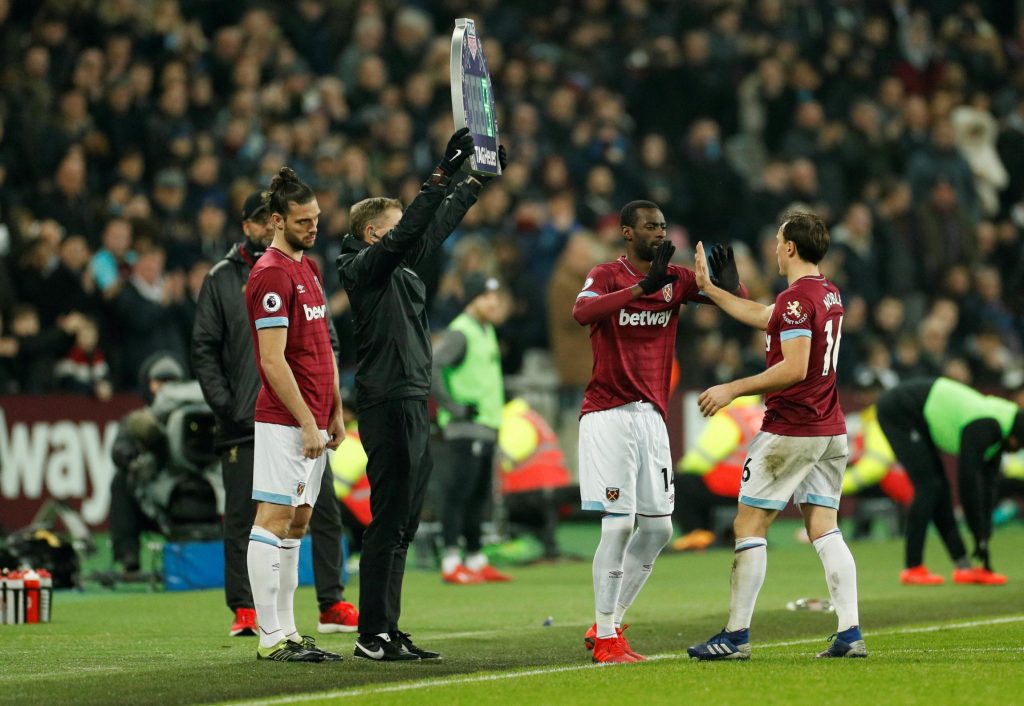 Anyway, the game continued on with a little bit of aggression from both sides as added time approached. Then, Pellegrini made his final substitution, by bringing on Arthur Masuaku for an exhausted Felipe Anderson, strengthening up the left side of midfield, but also allowed Masuaku to weave his magical dribbling skills in attacking moves.

It seemed like it was all over, but Liverpool had the last chance to grab the three points in the last minute of stoppage time when a left footed shot from close range from Origi was thwarted in the centre of the Hammers goal, although replays showed afterwards the he was offside.

The full-time whistle sounded and we managed to hold a very powerful Liverpool to a 1-1 draw. I just melted in ecstasy, in full tears of joy!. I needed a quick hit of coffee so I quickly head down to my local coffee house, ‘Alimentari’s’ and upon arriving was hugged by all of my friends (mainly of Italian and Chilean background who work there, embracing together there as one (ciao, Pierro, Daniello, Paulo et.al) celebrating an inspiring performance by the incomparable West Ham United.

If any of you West ham supporters out there (all over the world, from Rochdale to Ochos Rios) end up visiting Sydney, get in contact with West Ham World editor James for my contact, and I’d be delighted to take you around the fascinating suburb of Paddington, in the inner east of Sydney, including a cuppa or great cup of coffee at “Alimentari’s’.

To end up, my Men of the Match were Felipe Anderson and Michail Antonio, with honourable mentions going to Aaron Cresswell, Declan Rice, and Lukasz Fabianski.