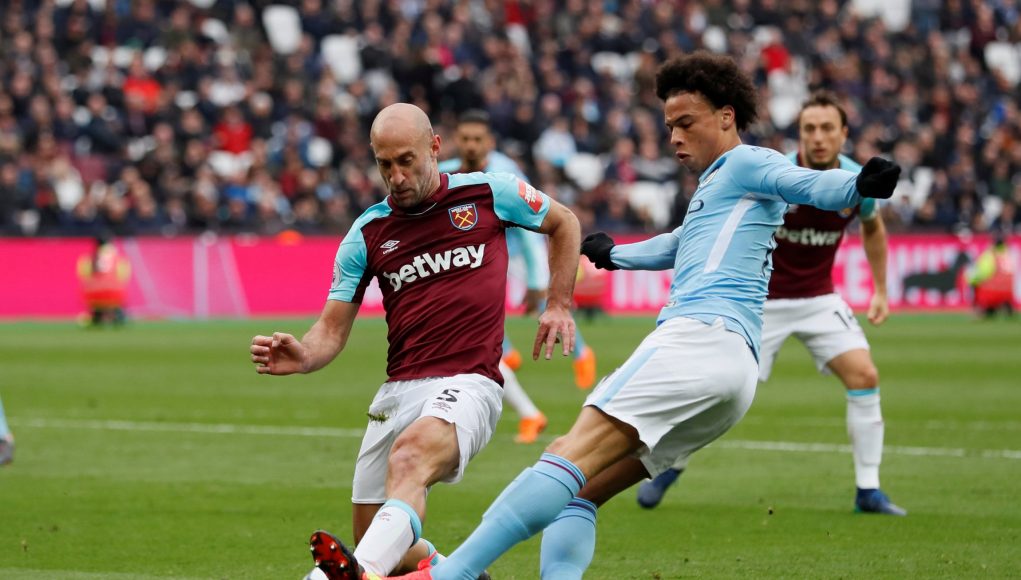 It could be argued that there are now only two Premier League fixtures a season which we expect West Ham to lose. Every other club in the top-flight is beatable, but Man City just seem to be in a completely different league of their own.

Indeed, we have put in some encouraging performances against City away from home in recent seasons, though neither of those have resulted in encouraging results. It’s at home, though, that we seem to struggle heavily against Pep Guardiola’s side.

The large London Stadium pitch no doubt suits City, the 13 goals they’ve scored in their three previous trips to Stratford evidence of that. But with all the past behind us, is there reason to believe we could put on a more respectable performance this time around?

Manuel Pellegrini is slowly – very slowly – getting his message over to the players and performances and results are beginning to show for it. There are still kinks in our armour, dropping points away at Brighton and Huddersfield suggest we’ve still got some way to go, but we have played very well against the likes of Chelsea, Arsenal, Man United and Everton.

Additionally, our home form has improved markedly. We’ve suffered just one home defeat in our last four league games, which was a very narrow and unlucky 1-0 loss to Spurs, and our last home game against Burnley provided arguably our best and most ruthless show of the campaign so far.

As we know, though, Man City is a completely different beast to anyone we’ll face all season and some would even argue a low-scoring defeat (conceding three or less) could be regarded as a positive result.

Thankfully, Man City do have some injury worries. Kevin De Bruyne, Benjamin Mendy and Bernardo Silva are all sidelined, though Pep has so much world-class talent waiting in the wings, we shouldn’t expect them to be any weaker without those three stars.

Pellegrini, on the other hand, is expected to be boosted by the return of Andy Carroll. The big man is expected to be on the bench this Saturday and as we all know, if we’re chasing the game and need a goal there’s only one man you want coming off the bench and wreaking all sorts of havoc on the opposition defence.

Can we get a result? You just never know with us these days, but at this stage of the Pellegrini era it could be argued performances against these sides are more important than results. They can come later. After all, there’s a reason you can back West Ham at odds of 13.00 to win on Saturday (source: MyBettingSites) with £10 returning as much as £130.

If we play well and lose then we can just put it down to the gulf in talent between the two sides, play badly and lose and there will be questions to answer no doubt. Or we could win and no one will really care about the performance. That’s the beautiful game for you.