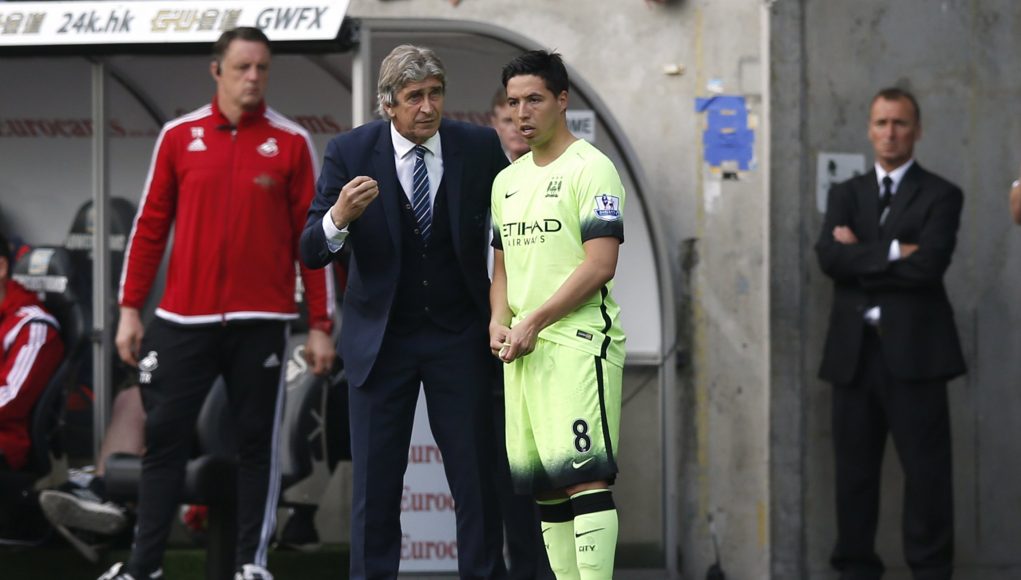 West Ham’s interest in Samir Nasri this week shouldn’t really come as a surprise, but that doesn’t stop the whole thing from being completely frustrating.

We’ve been here before, haven’t we? Nene, Alvaro Arbeloa, Patrice Evra to name but a few. All signed while out-of-contract and with no real plan or thought process behind their arrivals. All very, very poor in claret and blue.

So as Samir Nasri approaches the end of an 18-month doping ban, it’s difficult to understand why West Ham are interested in bringing him in on a short-term deal.

If this was the year 2015 we’d be excited. Nasri was, at his peak, a world class player playing at the top of his game. But now he hasn’t kicked a ball in over a year and his last club was Turkish outfit Antalyaspor, who don’t exactly play at the highest level in Europe.

So what is it about Nasri that makes him attractive to the club and Manuel Pellegrini. Of course, Pellegrini knows all about the 31-year-old, having oversaw some of his best years at Manchester City as they lifted the Premier League trophy together in 13/14. But a man of Pellegrini’s ilk should know better than to consider bringing in a player currently in Nasri’s position, but as per this page for betting sites UK, a deal does look likely to happen.

A season-ending injury to Andriy Yarmolenko will have increased Pellegrini’s needs to turn to the January transfer window for squad reinforcements, until the emergence of Grady Diangana, who has been a breath of fresh year in his relatively surprising arrival on the first-team scene. 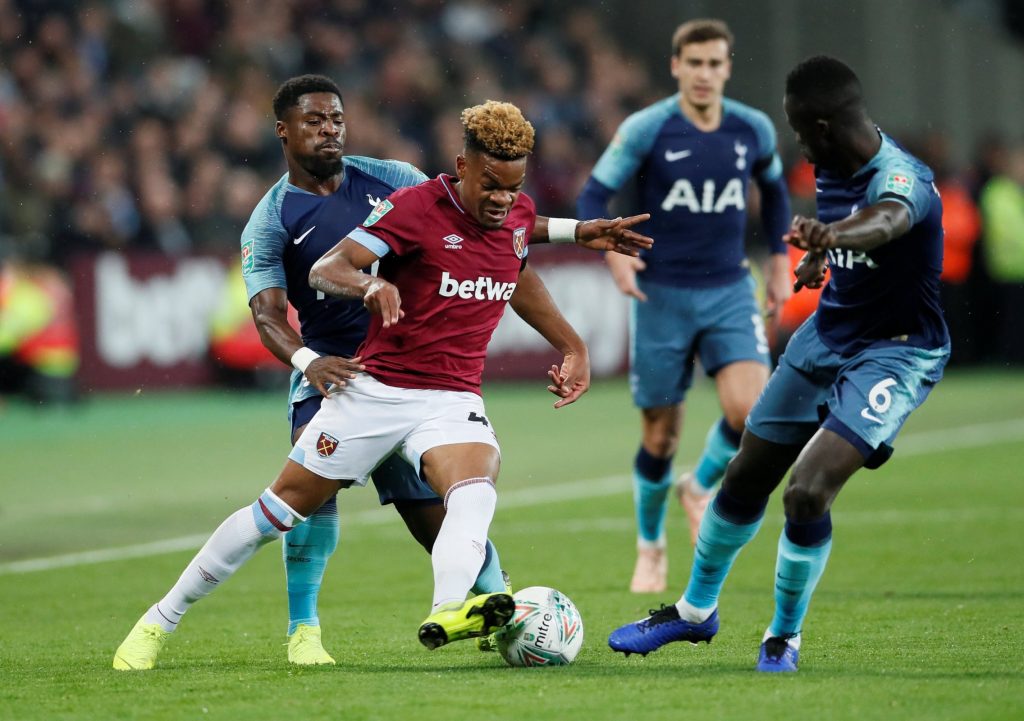 Diangana’s performances haven’t been perfect but they have shown promise and are of a standard that should ease the need or desperation to spend on that area of the team in the winter.

And there are Nasri’s wage demands, which we are being told by some reports is one of the reasons why the club may be reconsidering this move. It’s believed the Frenchman wants £80k-a-week, which is a ludicrous wage for someone who hasn’t played for more than a year and is seemingly eager to get back to his best and put doubt amongst the public to bed.

It was no surprise to see fans become angered at this aspect of the proposed deal. Why are the club considering paying someone like Nasri £80k-a-week but have been unwilling to give Declan Rice a new £30k-a-week contract? At the beginning it looked insulting but thankfully, reports are suggesting the club are now baulking at the eventual cost of Nasri’s services.

The main problem here for me, though, is the fact that this interest in Nasri shows that West Ham United hasn’t really made much progress off the pitch since the summer.

Appointing a Premier League winning manager and spending £100m in the summer transfer window suggested things were changing after years of disappointment, laughable business decisions and a circus atmosphere. It suggested the club was now very serious in reaching that so-called next level David Gold and David Sullivan claimed would be the result of the stadium move.

All of that in the summer had us all believing we would no longer be looking to sign washed-up, out-of-contract and expensive has-beens who are just looking for one last pay day before they retire. Arbeloa and Evra should be evidence enough for someone like Sullivan to ensure these players are given a wide berth in the market in future.

While they continue to entertain deals like this the club will never reach that next level because it shows there is now long term plan or vision, just a Football Manager computer game style approach to running a football club, regardless of the colour of the pitch surround at London Stadium. 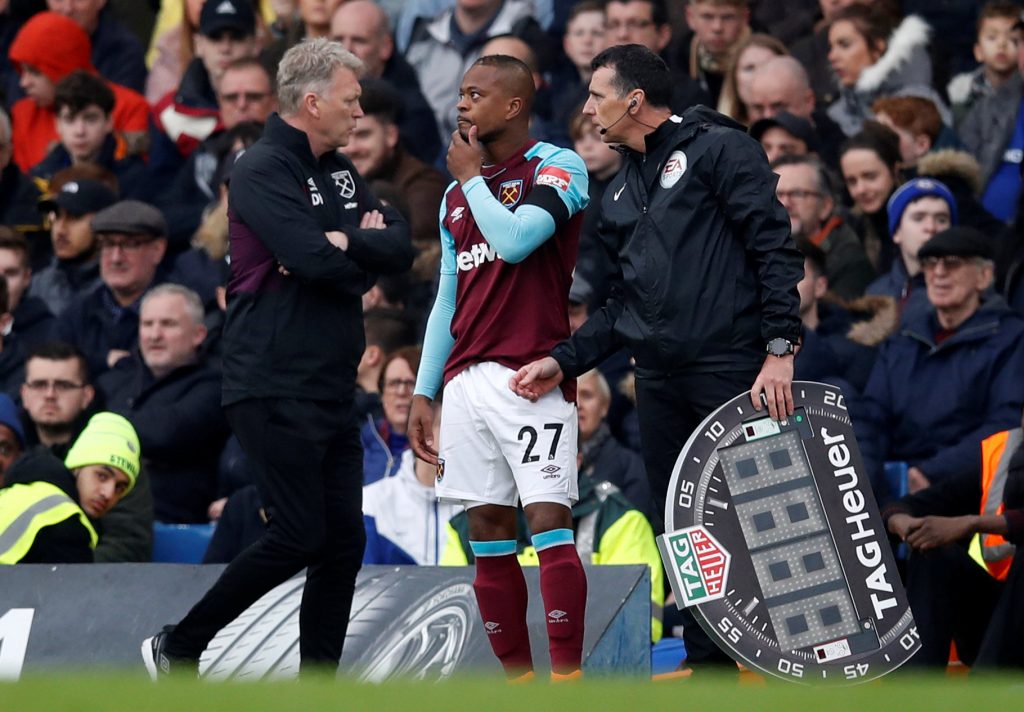 Yet here we are again. We can only hope the deal doesn’t go through and instead Pellegrini identifies someone else in the transfer market who can give us more than just six-months of playing time. Someone younger and with a brighter future to give to the club.

Some will argue Nasri would offer good competition for the likes of Michail Antonio and Diangana for the rest of the season, but Antonio’s West Ham career is all-but over and is expected to be sold in January and Diangana has a huge opportunity to make this position his own for many years to come. The money we get for Antonio should be used on a proper and better replacement in January, someone to give Diangana the competition he needs to improve.

Some may also claim Nasri’s experience will benefit the likes of Diangana, which is probably true, but his attitude won’t. This is a guy who has been banned for doping – do we really want our youngsters rubbing shoulders with him? Whether it was an accident or not, it’s not the sort of player we should be looking to bring in as a role model, is it?

So let’s hope the deal falls through and West Ham see sense. The fact the club seem to be reconsidering is positive but you just never know with us, do you?