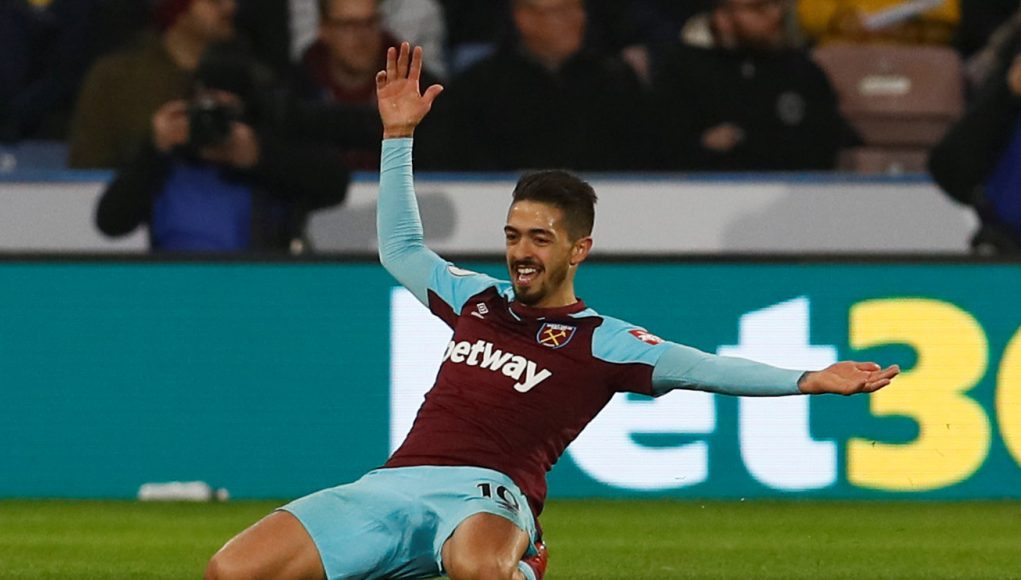 West Ham United have been hit with a major injury blow as Manuel Lanzini is set for a spell on the sidelines.

The Telegraph are reporting that Manuel Lanzini could be sidelined for up to one month after he sustained a hamstring injury during West Ham’s 1-1 draw with Bournemouth on Saturday.

The Hammers were held at home by Bournemouth with Javier Hernandez – who replaced the injured Lanzini – netting the equaliser.

But West Ham are now looking at up to month without their main creative spark in midfield.

The Argentina international has enjoyed another fine season in a starring role at West Ham, netting three goals and adding a further five assists in 18 Premier League outings.

Recently, the 24-year-old has struck an impressive partnership with fellow attacking midfield star Marko Arnautovic on the pitch and both combined to lethal effect against Huddersfield Town in the 4-1 win.

Meanwhile, Andy Carroll is out for at least three months after suffering a hairline fracture on his foot.

Carroll and Lanzini join a lengthy injury list with Winston Reid among the high profile names who missed out on the weekend against Bournemouth.

This could force David Moyes to dip into the transfer market to sign a striker or an attacking midfielder.